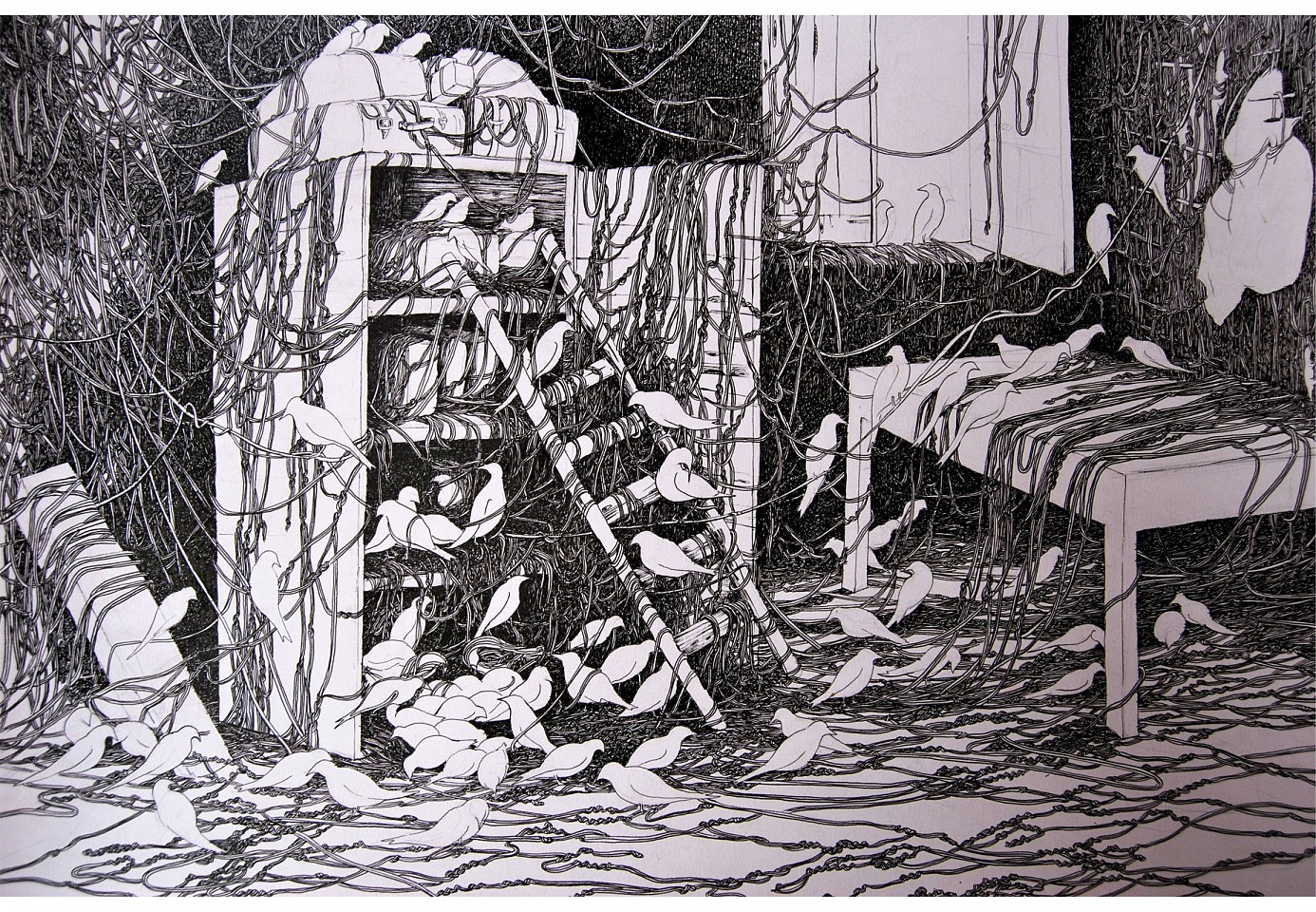 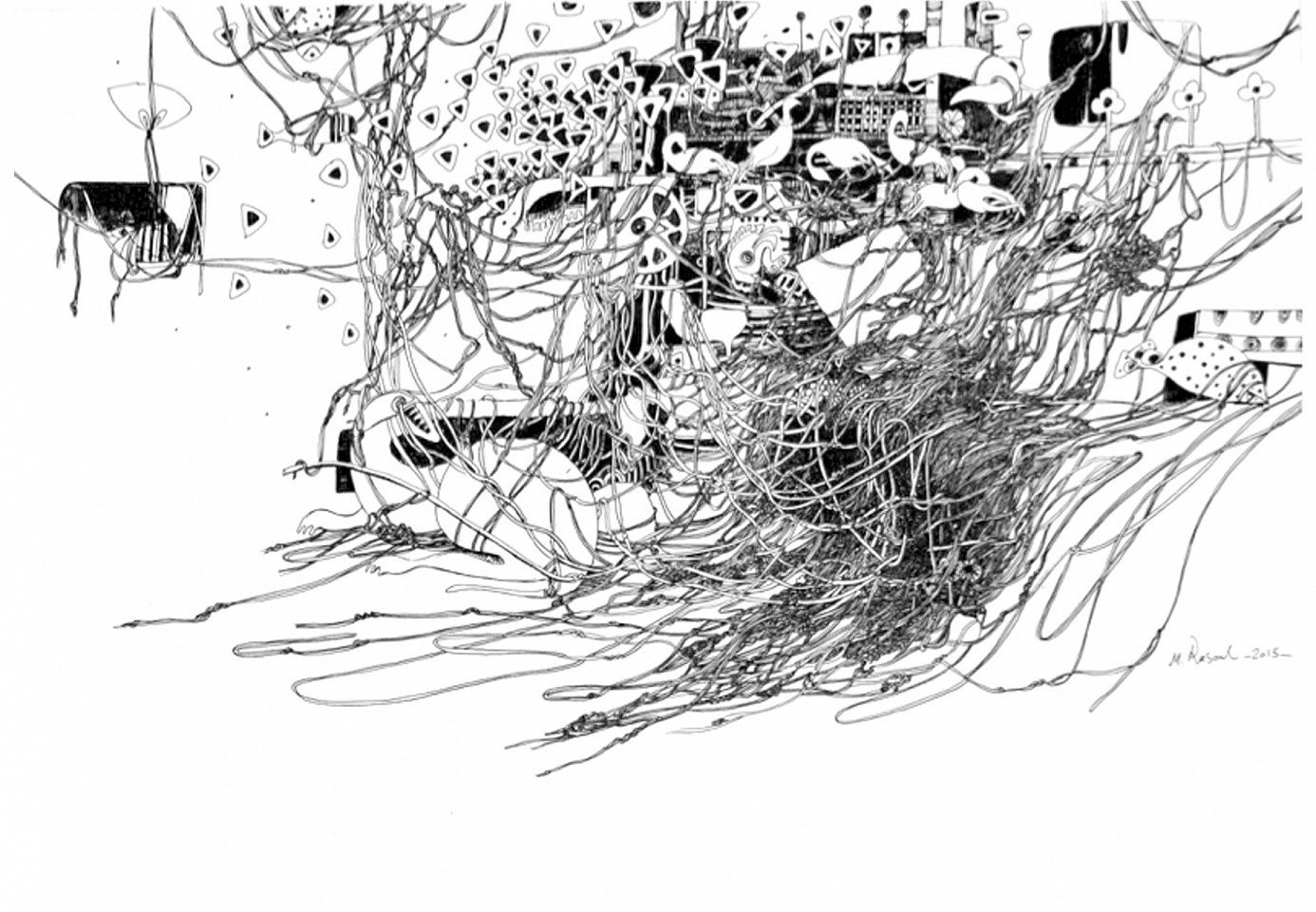 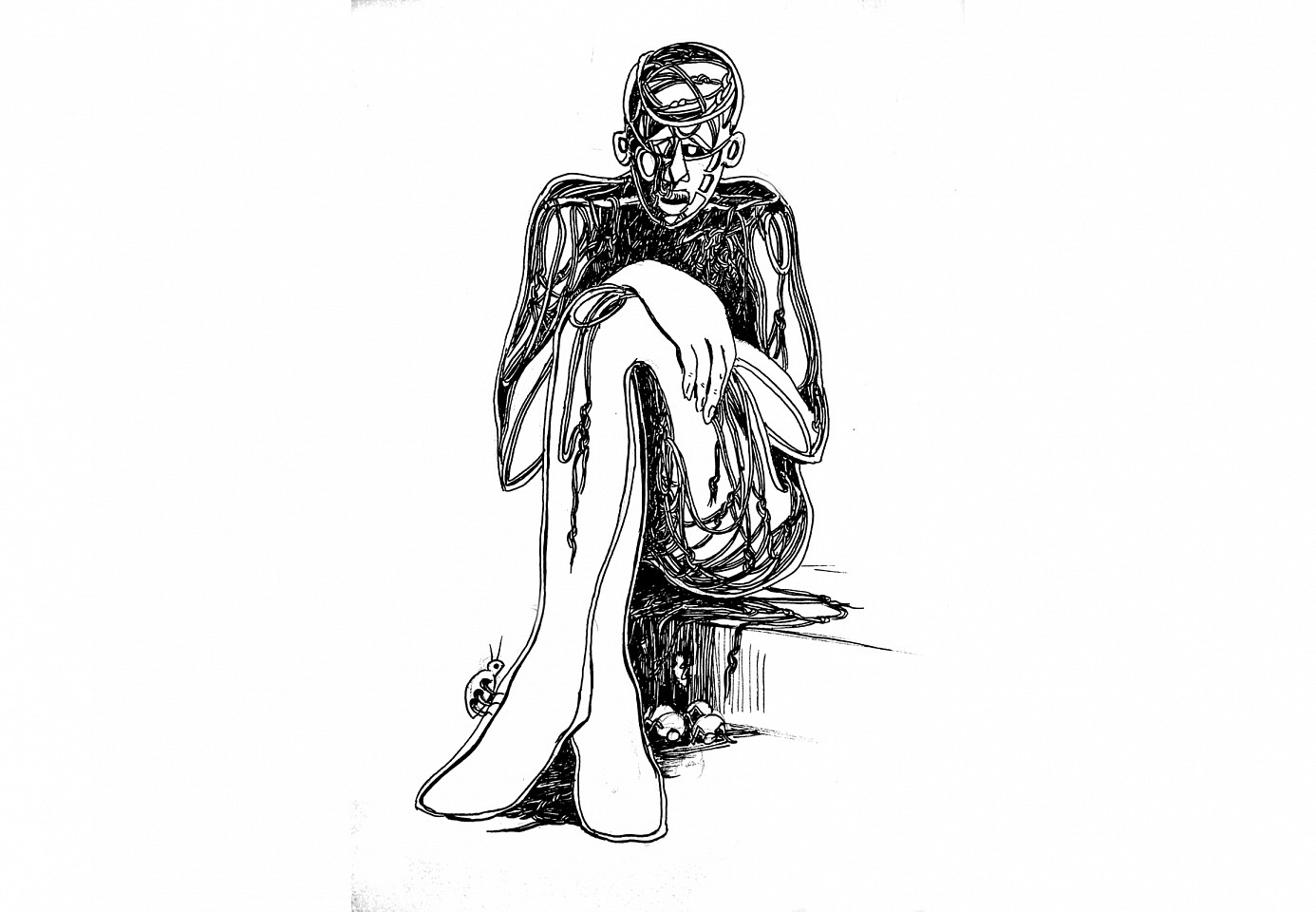 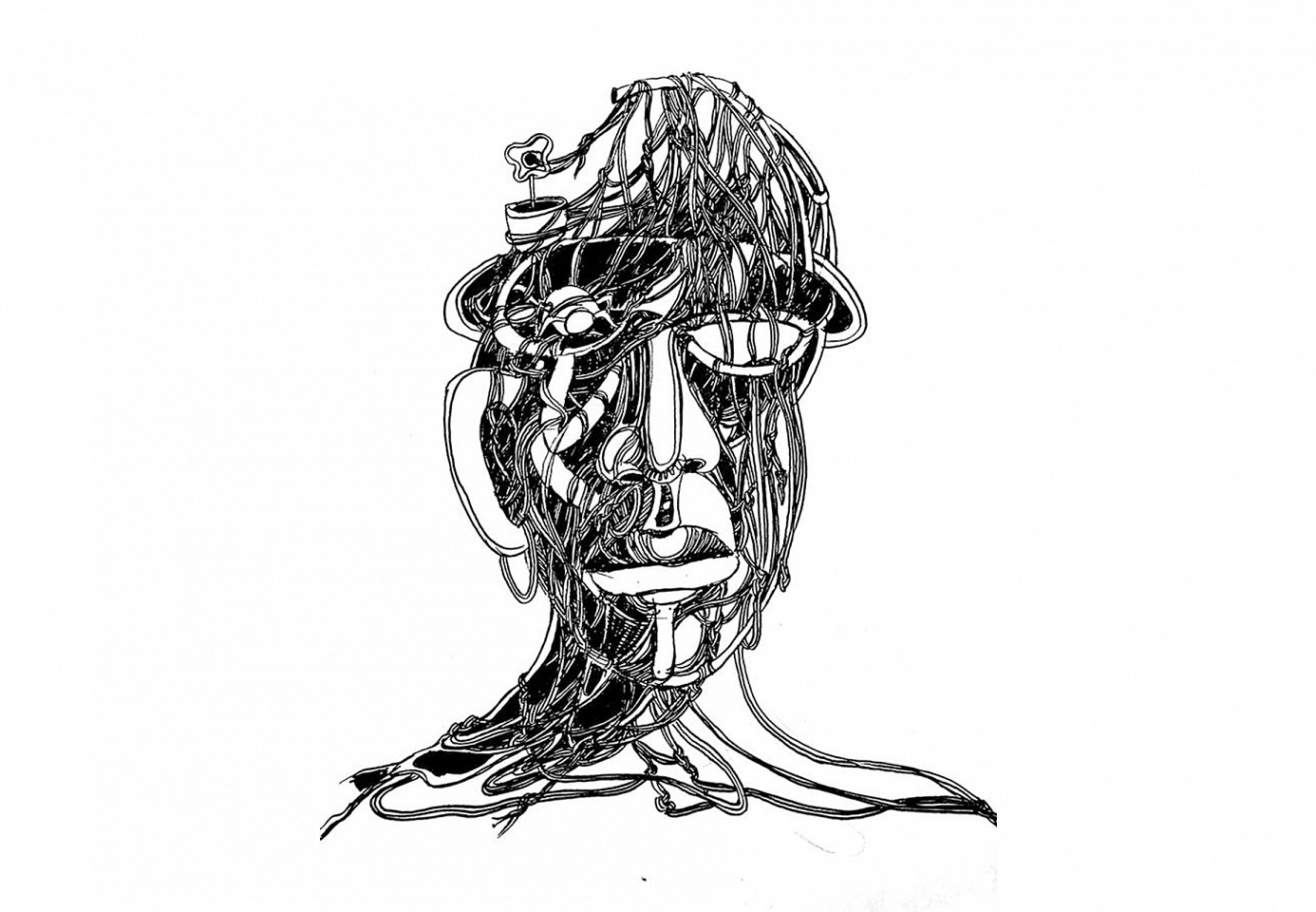 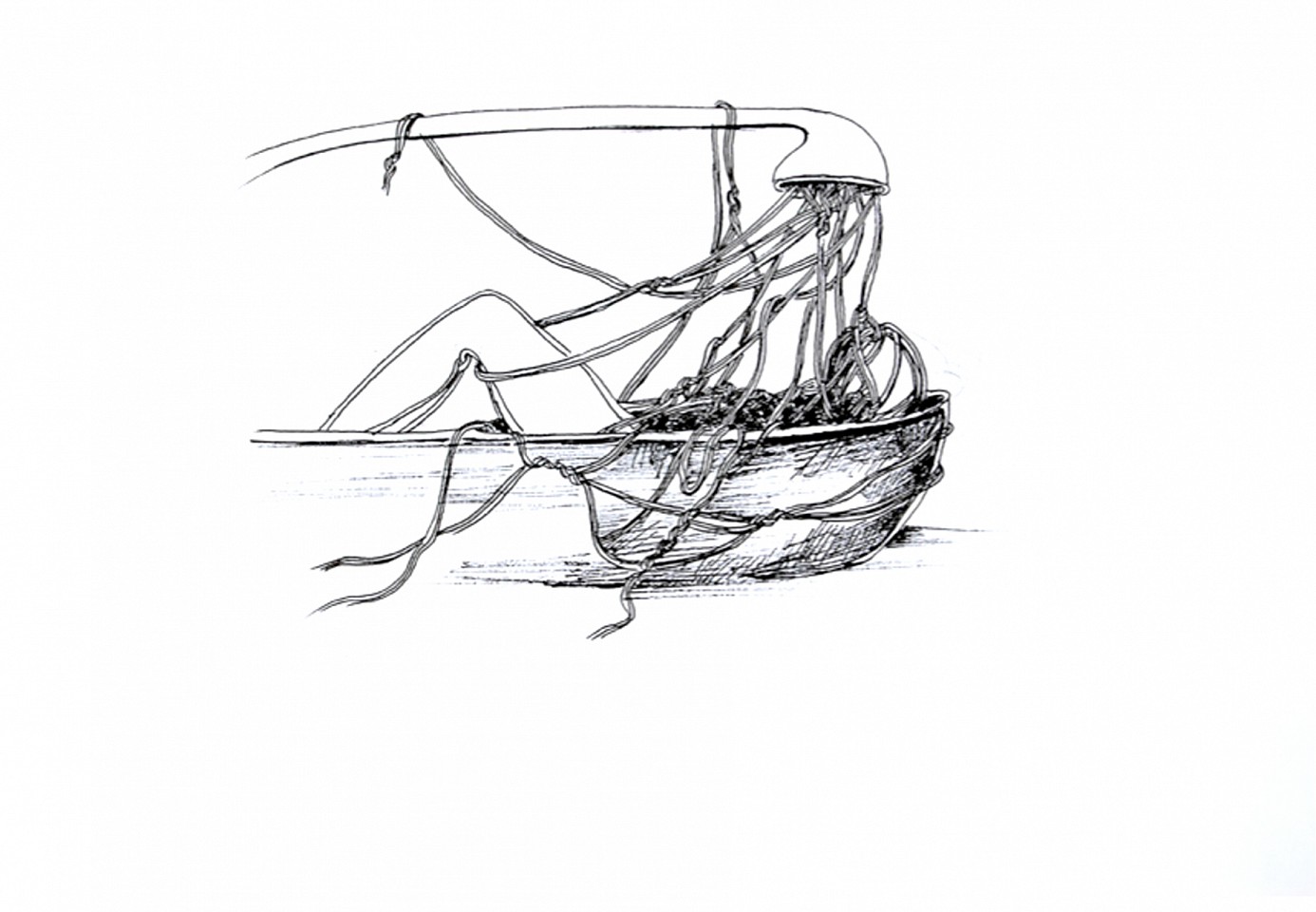 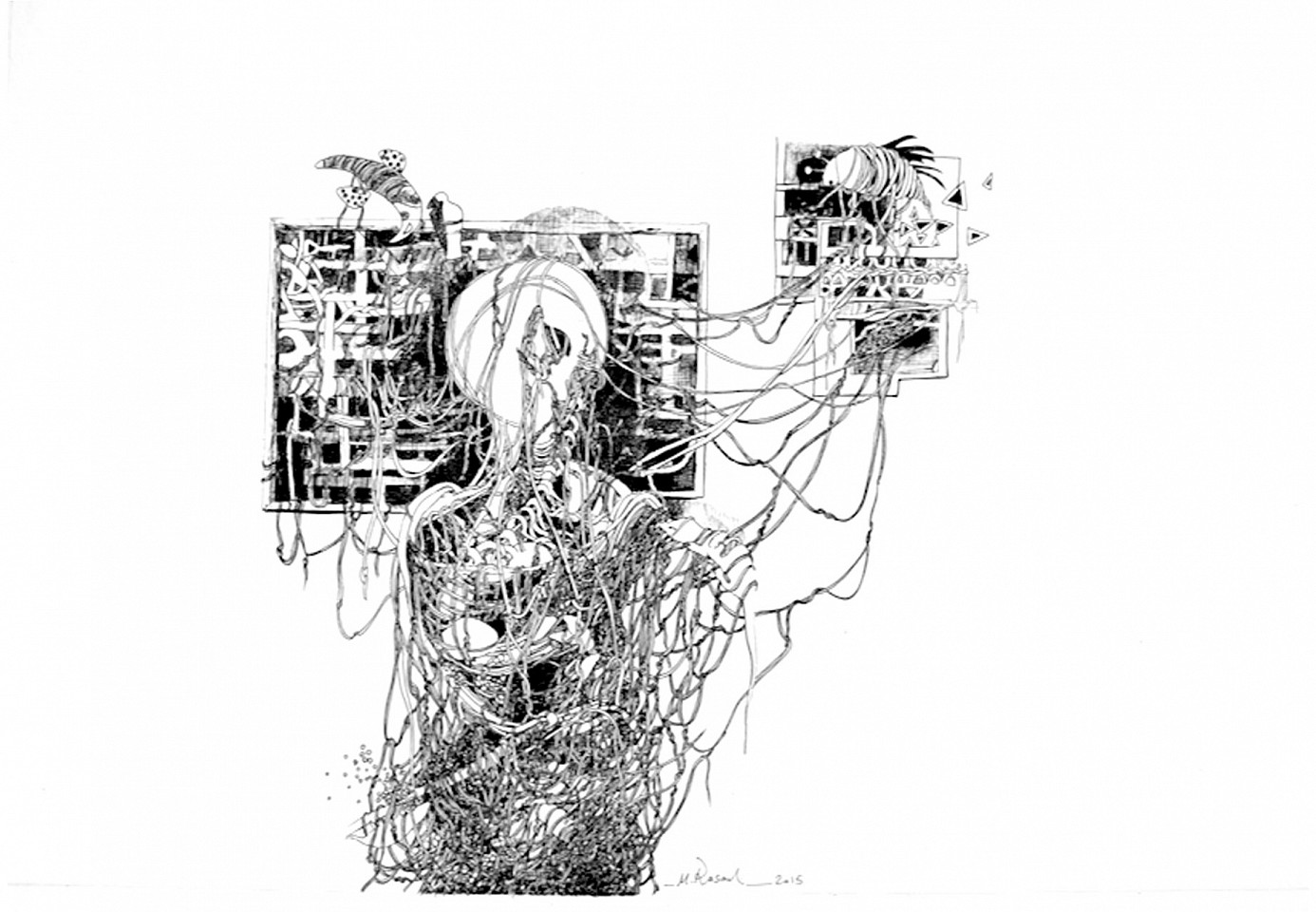 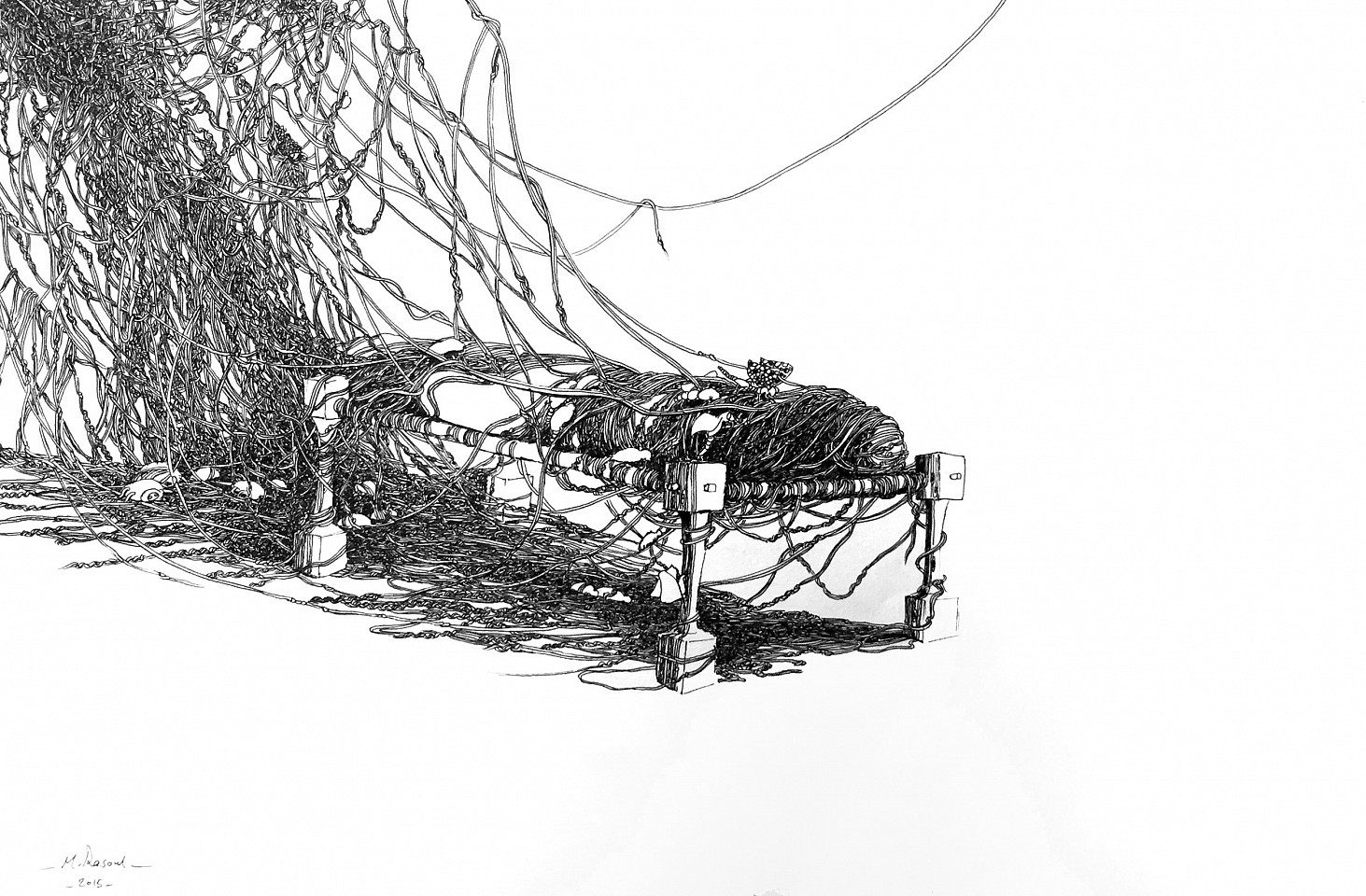 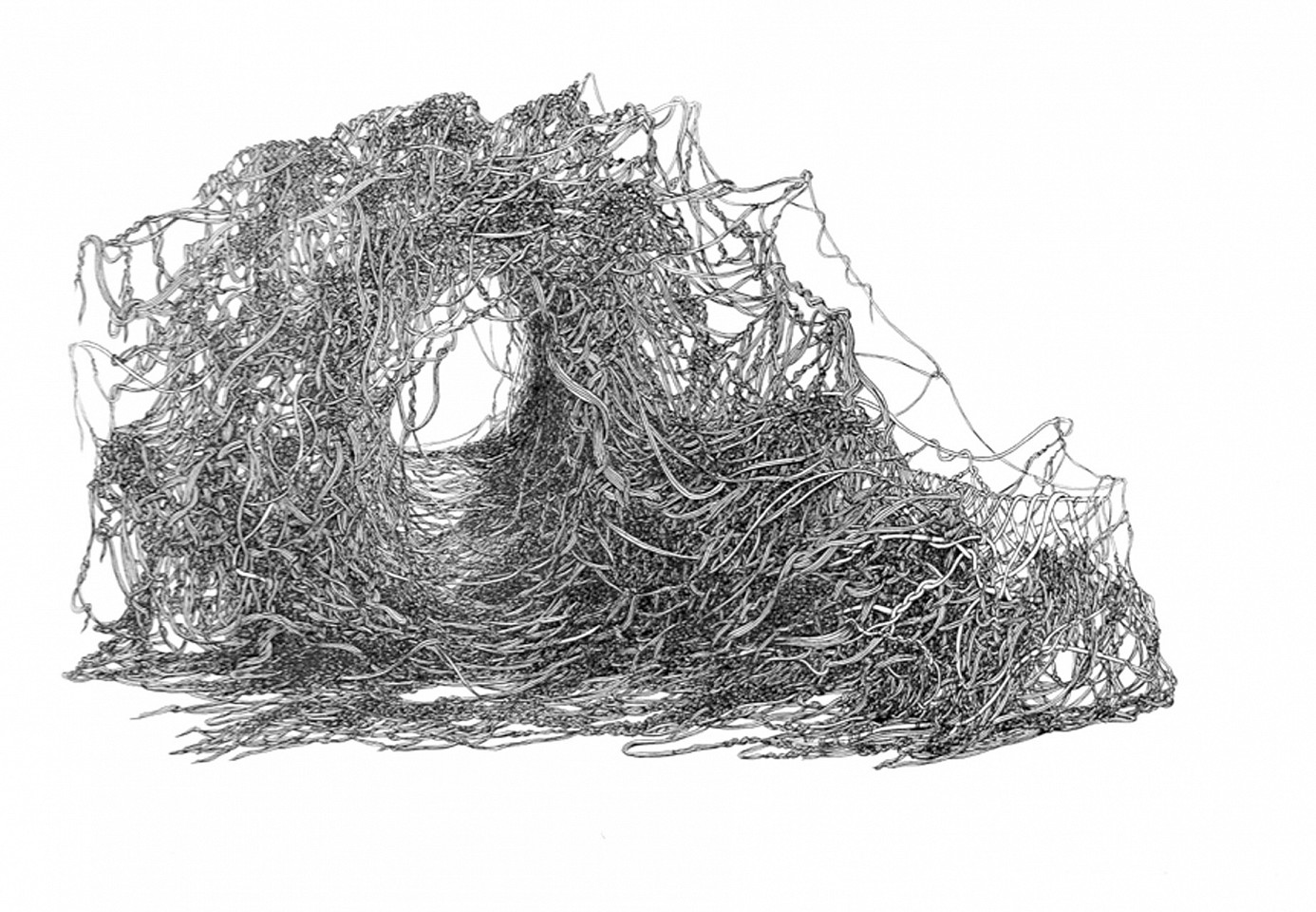 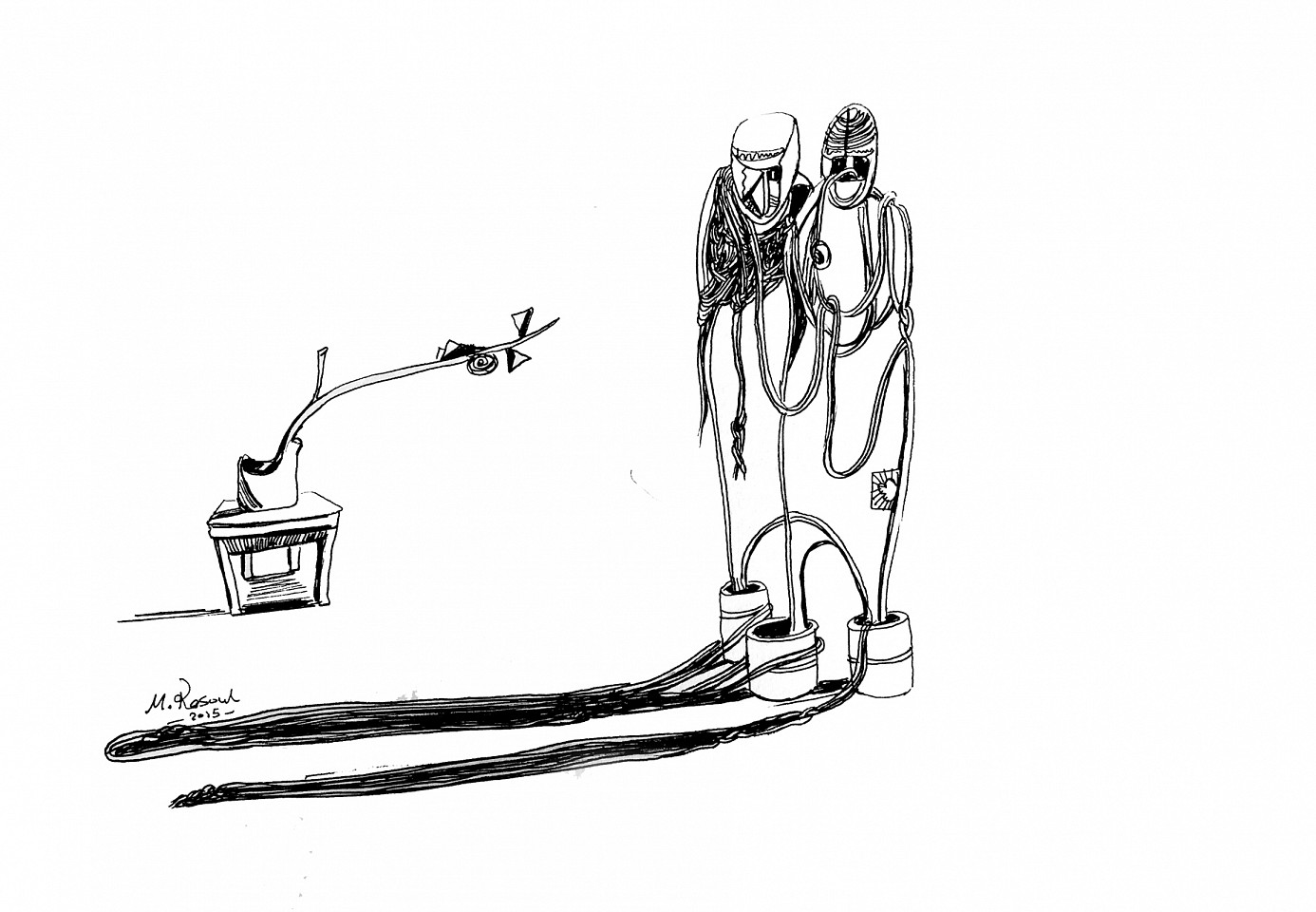 I was interested in painting from a young age, and before entering University, I took numerous drawing and painting courses. This allowed me to focus on researching and honing my skills during my under-graduate studies, where I specialized in painting, and studied different painting techniques, from; water colors, oils to working with Chinese ink. Despite the variety of mediums I explored, I dedicated myself to developing my own style using lines, which was my focus since beginning University.

I studied and learned from different artists whom used lines, and continuously experimented with it. Its inherit capability to manipulate shadow and light, and its flexibility and fluidity were key factors in allowing me to artistically express myself. I found that lines were more responsive and sensitive in articulating on different subject matters. I showcased the conclusion of my experimentation with lines in my graduating exhibition project.

My work attempted, and continuously attempts, to create tangible mental images of lines that appear as ropes or thread. These threads, that visually create and contour the forms of my subject matters, allow for a myriad of visual and conceptual interpretations. Moreover, it coincides with a universal notion of wholeness: that all elements are connected, and if one area or part is affected, it therefore implements an effect on other connected parts. This notion supports the conceptual and visual factors in my work; it became logical to link all my subjects with lines. I find that lines I create have an inherit duty to continuously move and flow without interruptions; to form objects and figures, and direct the eye to visually realize the entirety of the work. Although the forms appear to be entangled and trapped in the lines, it is in actuality part of its visual existence and formation. It therefore allows movement and motion despite its constricting and prohibiting appearance. I find lines are able to articulate on the human capability of overcoming restrictions and hindrances in life; that like lines, humans have an innate desire to pursue freedom.