Against All Odds, ArtSpace Dubai 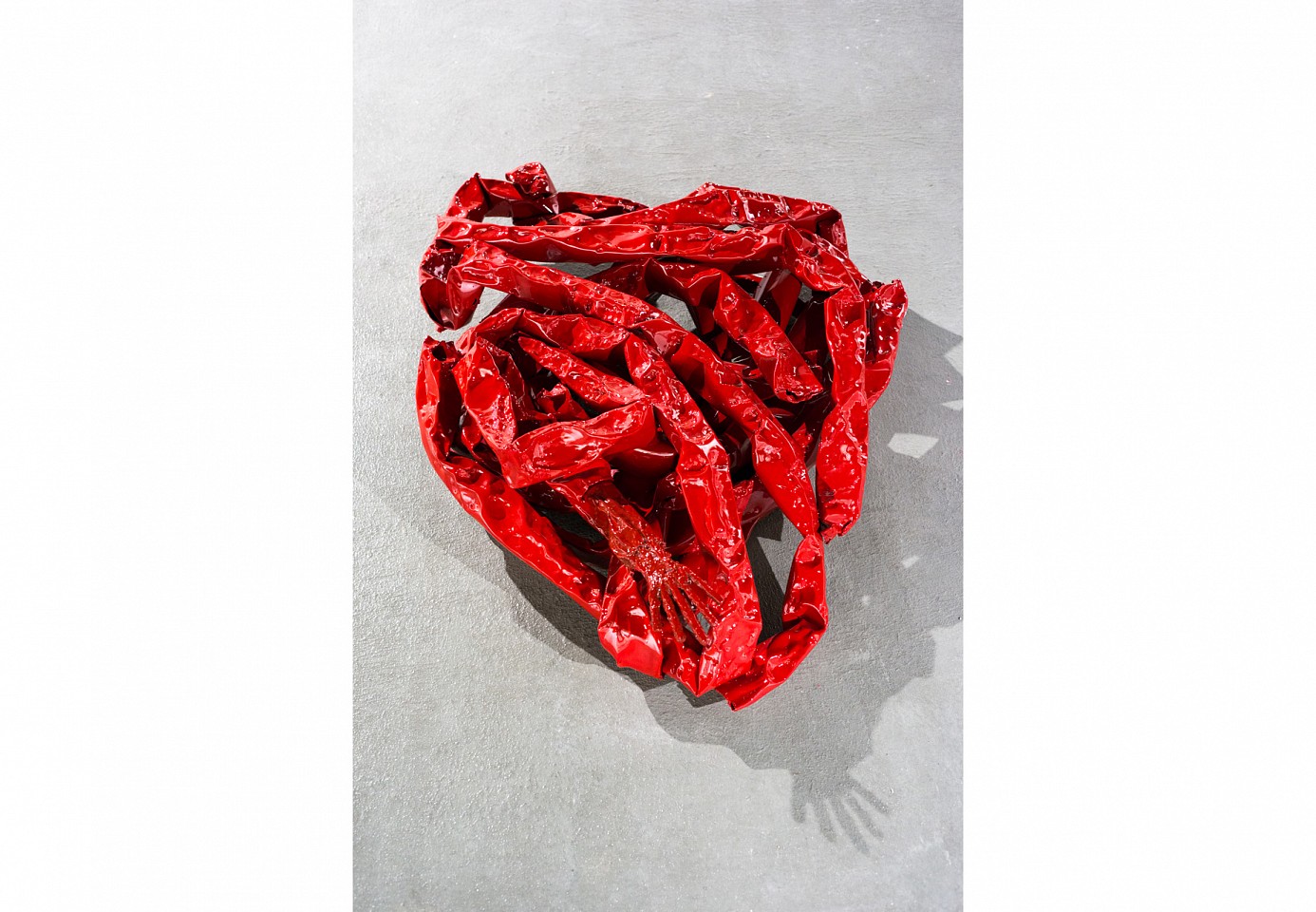 Saddek Wasil | Happily, I wrapped those painful bonds around me | 2014 | Athr Gallery 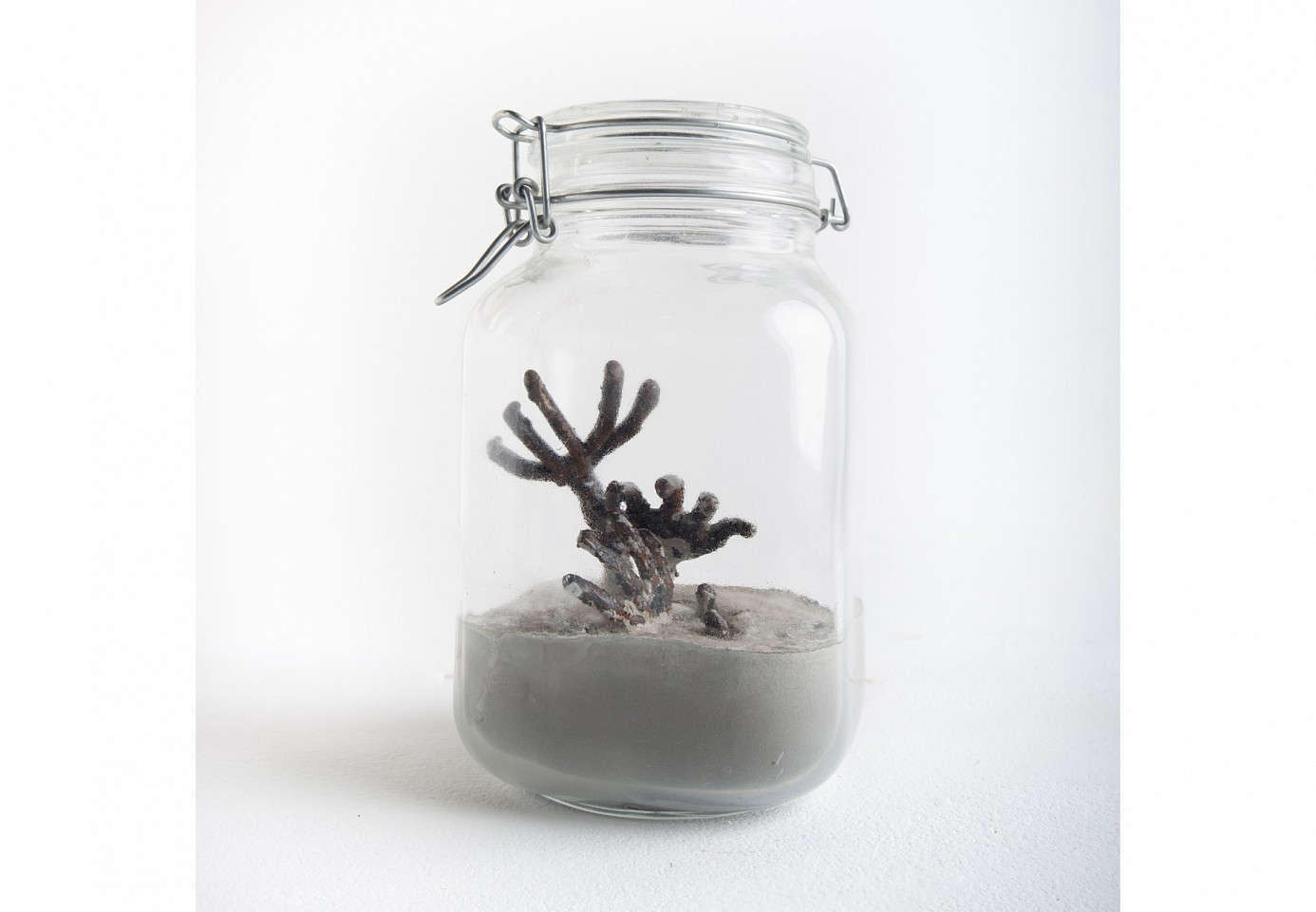 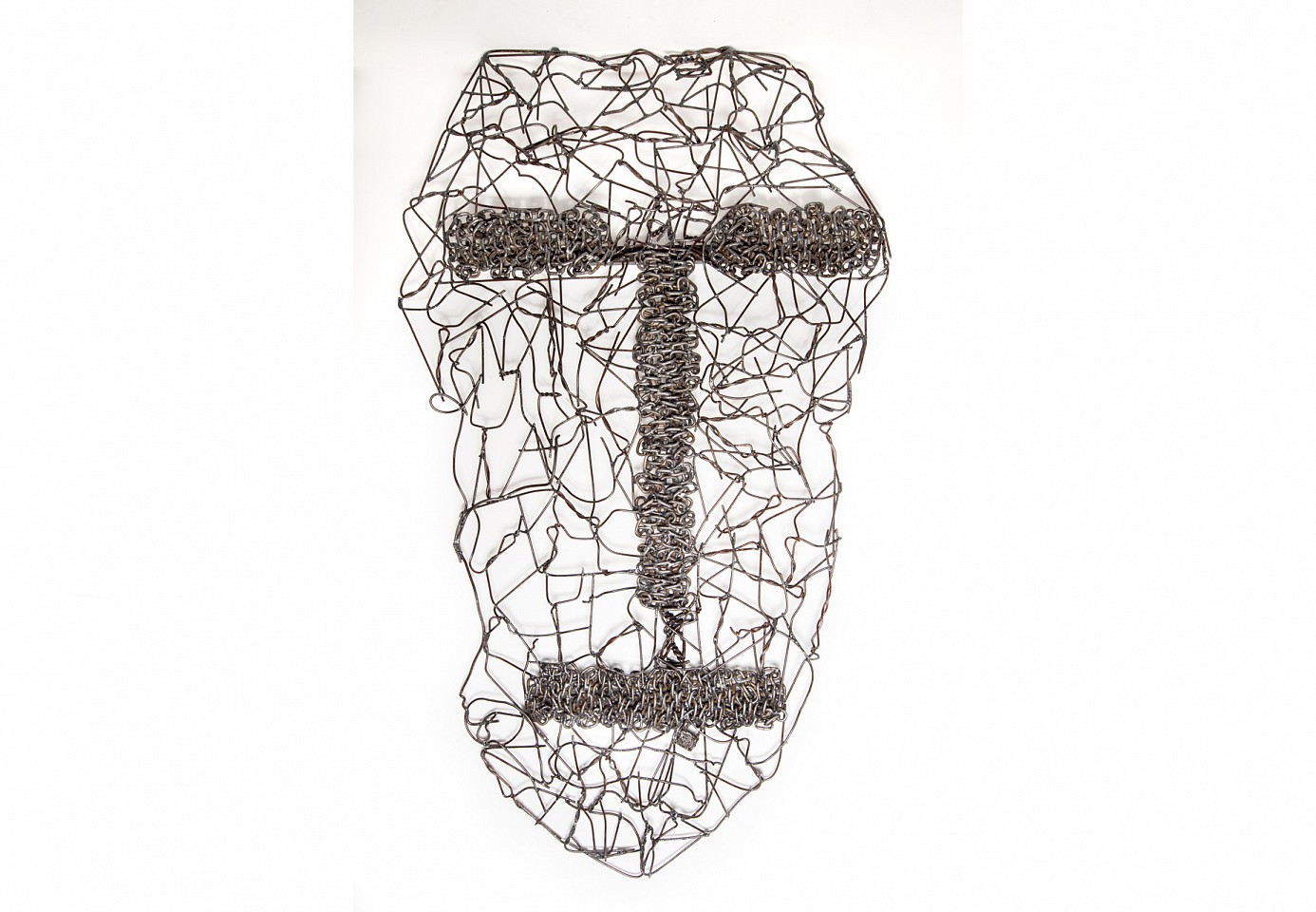 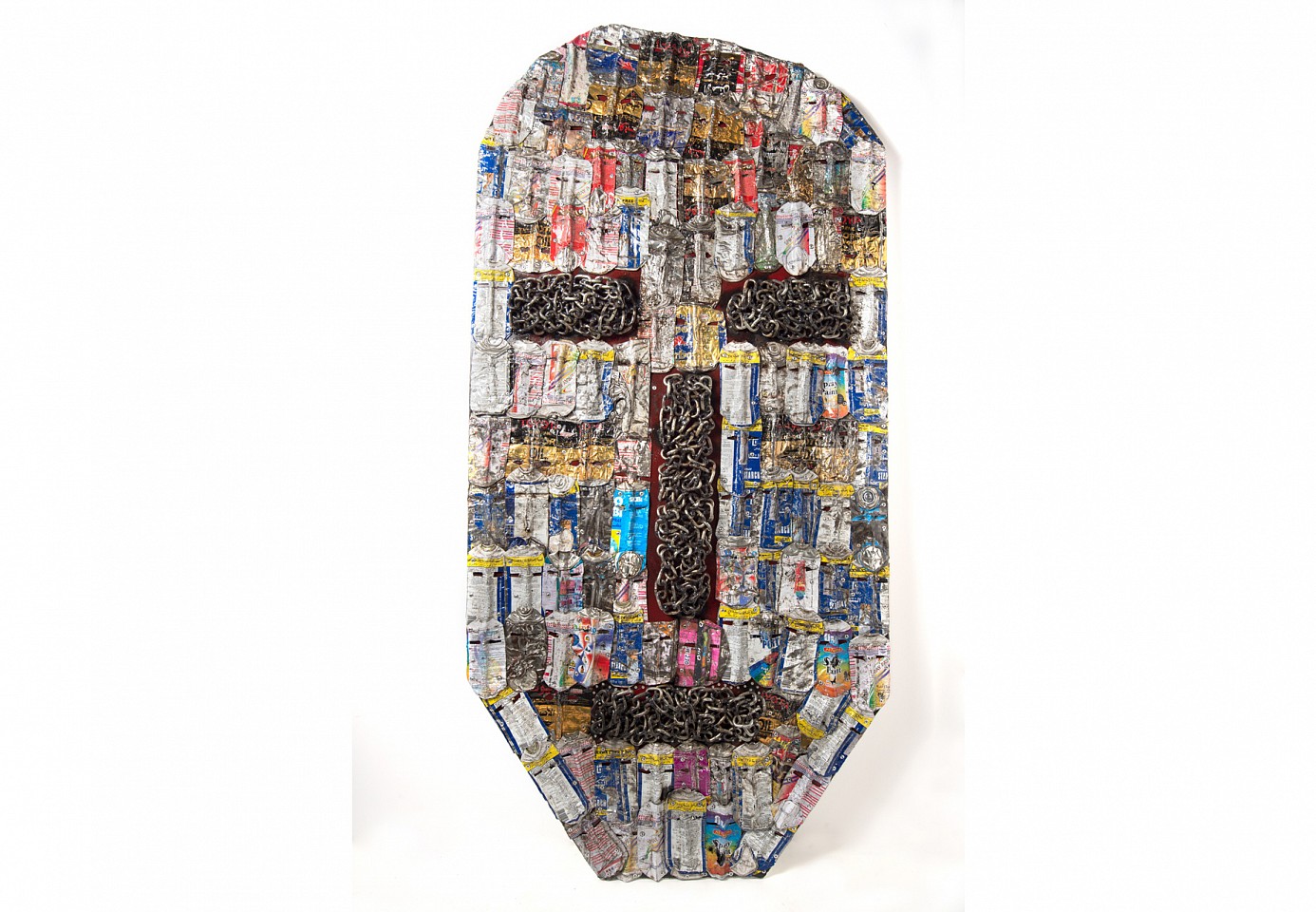 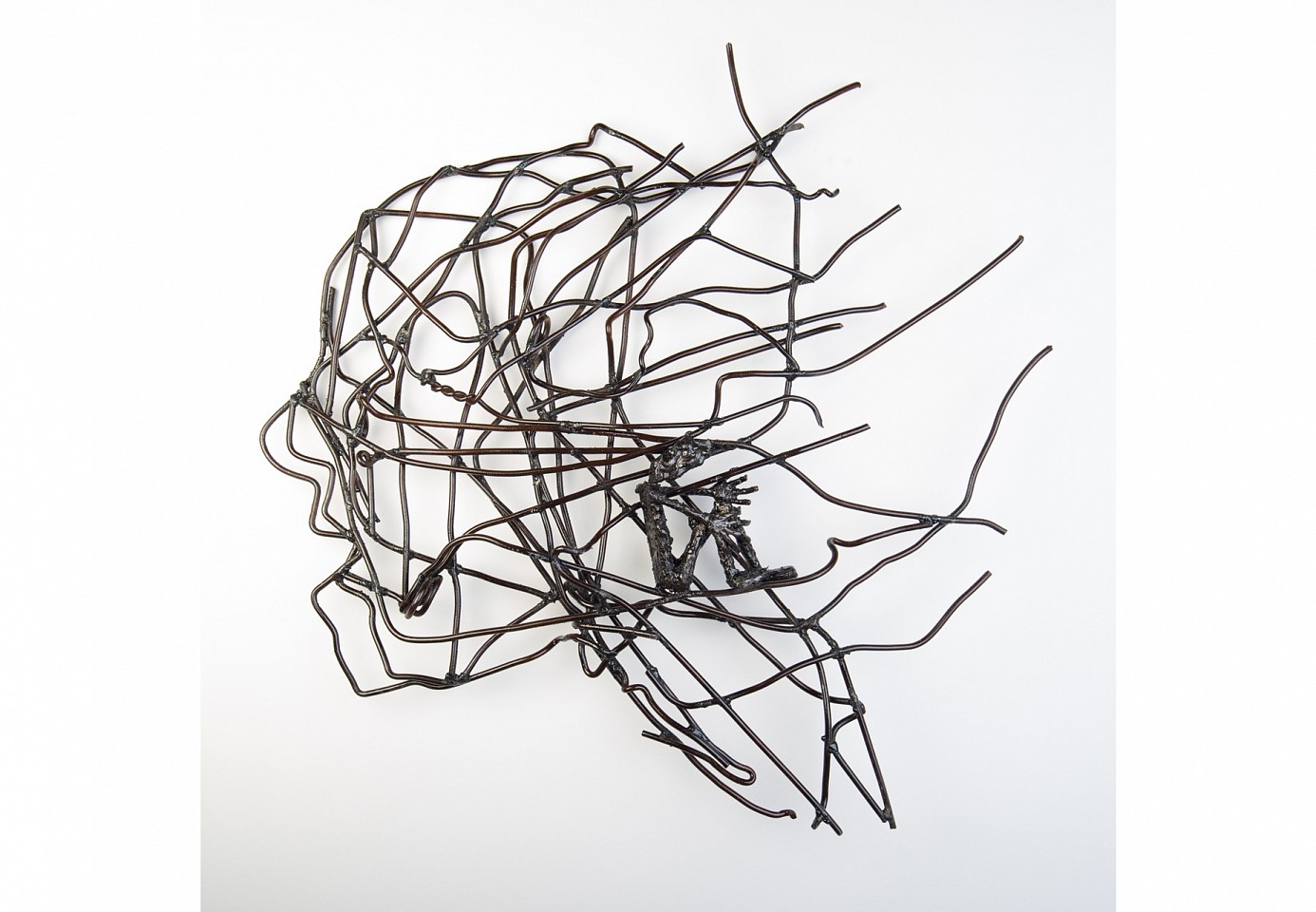 Against All Odds, ArtSpace Dubai

From the Metal Series

From the Metal Series

The prestigious Dubai-based ARTSPACE Gallery will hold an exhibition for Saudi Arabian artist Saddek Wasil, entitled Against All Odds. ARTSPACE is committed to the promotion of contemporary Middle Eastern art and artists. The gallery is a regional leader and its second location in London caters to its extensive global clientele while bridging the gap between the eastern and western art scenes. We are also pleased to be collaborating with William Wagner Geneva, a luxury brand of Time Keeper and instrument of writing.

Saddek Wasil is a Saudi sculptor whose main medium is metal and discarded metallic material. His powerful sculptures exuberate a rejection of binding stereotypes and an iron will to defeat material subjugation for the sake of spiritual freedom. His artwork is not to be understood as a present state, as it holds the promise of future success in overcoming chains, locks and closed boundaries.

Wasil was born in Makkah Al-Mukarrama in 1973. His mother was a seamstress and his father was a mechanic. Thus, Saddek became accustomed to working with his hands and spent much of his youth in his father’s garage, where he learned how to weld and work with metal, mainly iron. During his free time, he often salvaged discarded car parts and metal scraps to create amorphous figures, distorted bodies and human masks from his imagination:

“I’m a hoarder, I don’t like to throw anything away. I don’t like the idea of discarding things. Nowadays, everything or everyone is dispensable. I suppose I try to show that you can find value in anything, or anyone”.

As with many artists, Saddek is influenced by his surroundings and the happenings of the world around him, with particular focus on humans and human emotions. In Makkah, Wasil is a witness to the daily struggles of his fellow man, as well as an observer of their innermost struggles at the moment when they are at their most vulnerable, in the house of God. His work is in no way judgemental, as he rejects the role of the judge; it is merely a recognition of diversity in all its forms and colours. His work is about understanding, acceptance, and tolerance and foremost, it is about the acknowledgement of seen and unseen realities.

Saddek is not a sculptor in any traditional sense, as he has had no formal training, does not work with clay or with moulds, his work is not produced in a foundry and does not come in editions. He works with his hands, and by himself. His primary material is metal, in various shapes and forms. He equates metal, with strength, and his patience and ability to break down its intransigence and to manipulate it to his will, is what gives him his sense of empowerment and achievement.

Wasil received his formal education in Environmental Studies and Agricultural Sciences from King Abdulaziz University. He is a member of a number of arts societies. Namely, the Contemporary Artist’s Home, The Association of Culture and the Arts and the Saudi Society of Fine Arts. He currently holds the position of Director of the Arts and Culture Department in Mecca.

The exhibition sponsor, William Wagner Geneva is delighted to be associated with ARTSPACE gallery for the next 12 months as a sponsor to highlight the beautiful hard work and art expressed by young Middle Eastern artists. The performance of artists across our history either through paintings, drawings, music, poetry, literatures, photography, sculptures and many more means transcend people mind and boundaries to build comfort, free interpretation for each and every one as well as trust in art and the artists.

To see Saddek Wasil’s Against All Odds exhibition as well as the William Wagner Geneva collection, visit ARTSPACE in DIFC on 14th of January 2015, from 7-9 pm.

Founded in 2003, ARTSPACE Dubai is dedicated to the promotion of contemporary Middle Eastern Art and Artists. ARTSPACE caters to the tastes and trends of the sophisticated Dubai art scene and the gallery's discerning worldwide collector base. Its global clientele includes private collectors, art consultants, corporate art consultants, architects, interior designers as well as corporations, government, diplomatic and social VIPs. In addition to hosting a series of diverse and regular highly acclaimed exhibitions, ARTSPACE also provides consulting for art investors as well as offering corporate art services to the business community. Local partnerships with internationally renowned art houses and auction establishments have helped push ARTSPACE to the forefront of the market. ARTSPACE offers distinctive and unrivaled services to its clients and artists.

Managing Director Maliha Al-Tabari opened a second ARTSPACE location in London in 2012 in order to further drive Middle Eastern art forward and provide artists with a link between the East and West. Additionally, the London gallery will cater to ARTSPACE’s vast client base residing in the UK and throughout Europe. The gallery has participated in several local and international art fairs and collaborated with numerous iconic art institutions. It continues to be one of the art world’s leading platforms for contemporary Middle Eastern art. 2013 marks ARTSPACE’s monumental 10th anniversary.

ARTSPACE’s sponsor for Saddek Wasil’s exhibition is William Wagner Geneva. William Wagner Geneva creates unique and amazing pieces of art, mainly in the form of clocks, pendulums, watches, fountain pens and more, for customers who appreciate not only luxury products but bespoke objects of art.

William Wagner Geneva, by collaborating with many brilliant independent and renowned artists throughout the world, crafts one and only, tailor-made unique instruments of time and of writing and more, which you would never find a copy of.

A cocktail reception will be held at ARTSPACE, located in The Gate Village 3, DIFC, from 7:00 pm on the 14th of January 2015. The e-invitation is attached.  This exhibition is in collaboration with Athr Gallery.