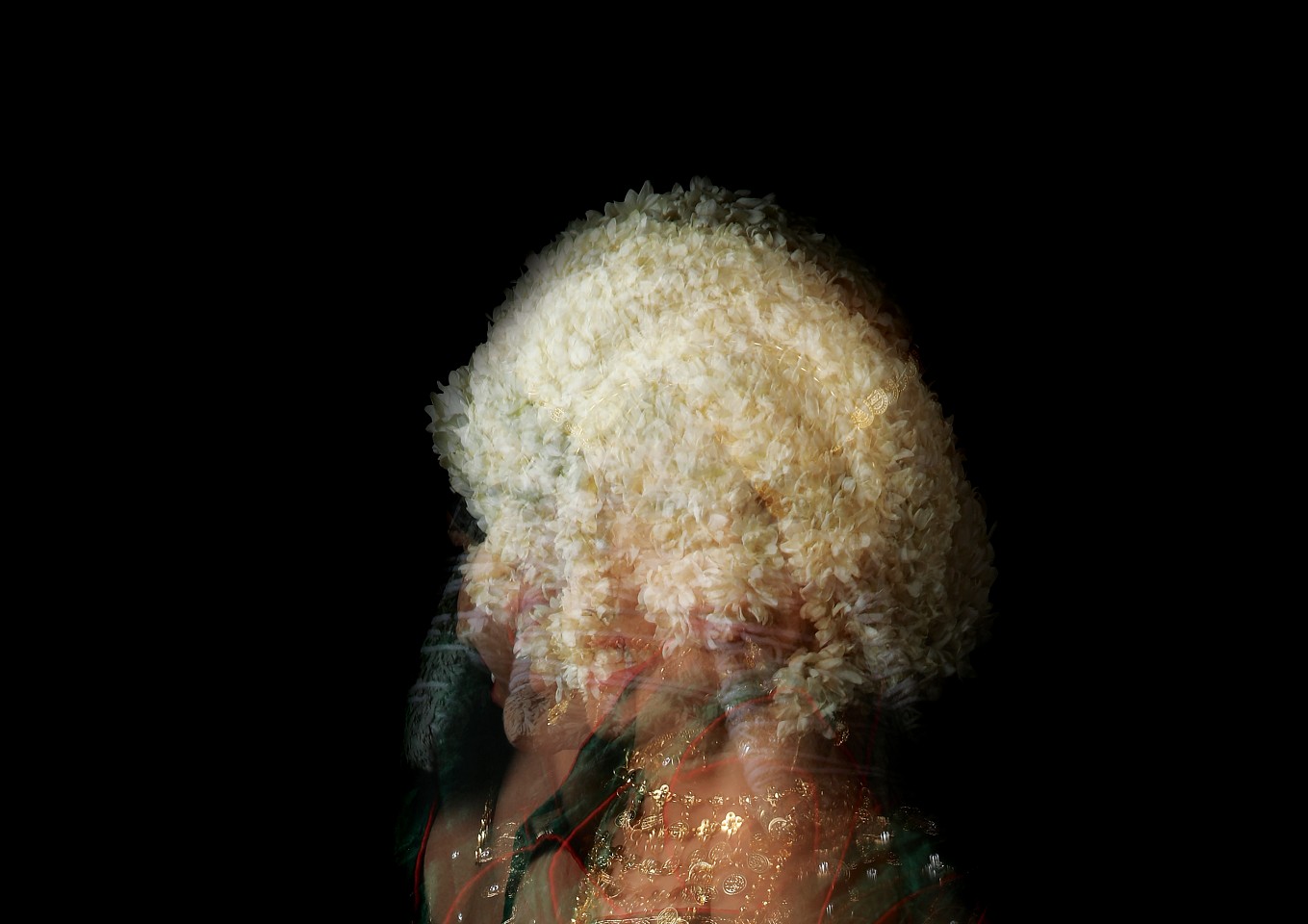 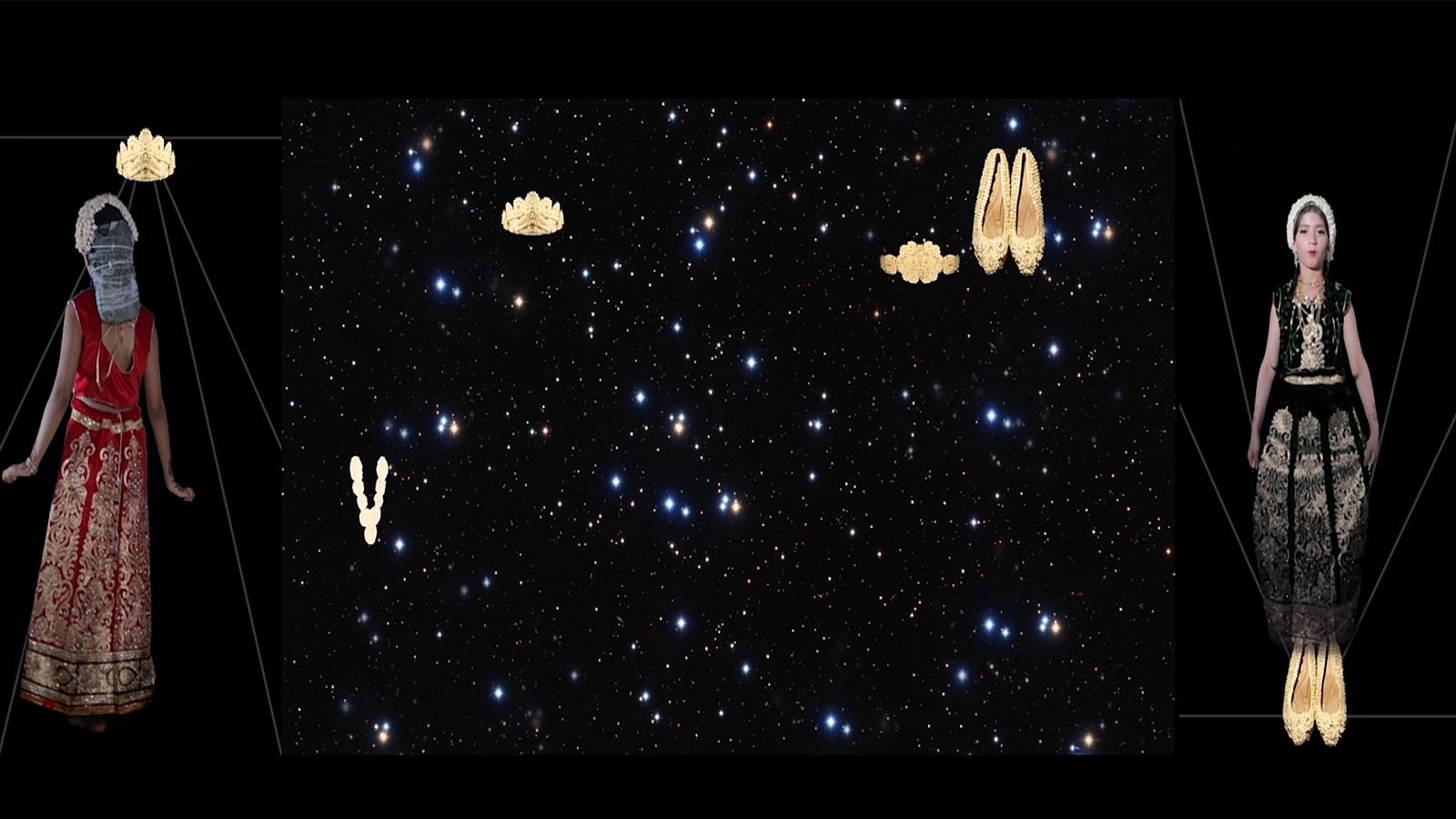 Tab’a is a video installation encompassing five videos projected onto different walls. Depicting a series of images and movements associated with the wedding rituals and traditions of the Jizan area in Saudi Arabia, the videos immerse viewers into a sensory experience as an inquiry into their roots and origins. The word “tab’a,” literally meaning “imprint” is an old term which was used to refer to the ritual of the henna night that takes place one day before the wedding ceremony.

In one projection, we see two girls groomed and dressed in traditional costumes, performing the a traditional dance as they inch toward a point in the screen alluding to the single-point perspective. In another projection, a range of objects traditionally worn by brides and symbolic of love, stability and movement, such as a shoe, a crown and a belt, are shown made entirely of jasmine flowers, and set against a nighttime sky, symbolizing the astrological map. The girls and the objects move slowly, step by step, and suddenly disappear.

Every aspect of Tub’a refers to rituals, traditions and customs whose origins are embedded in surprising roots. Through her research on the subject, Al Nasser discovered a strong resemblance in concepts of love and wedding traditions between the Jizan area, Indian culture and even ‘Ishtar, the Mesopotamian goddess of love and war. Delving into the significance and unlikely origins of these symbols, she ponders the key role played by time and its passing. Ultimately, she asks, how is the notion of a conditional arrival to point in a given amount of time a primary aspect in the birth and development of the Tab’a rituals, as well as the obscurity around its origins?

Reem Al Naser’s project began as an exploration of society’s customs and rituals, their intransigence and their adaptation to the change that affects their communities.

In this installation, AlNasser recreates the ornaments a bride from the south of Saudi Arabia (Jizan) is adorned with the day of her marriage. These flower adornments are made from the Arabian Jasmine, primarily weaved and designed by Yemenis. In recent times, these arrangements came to be called Full Rassass (Jasmine bullet).

The artist is commenting on the concept of glorification. Like these jasmine buds plucked early, fading and withering before they are given a chance to blossom, so is the fate of many young women. Escaping the yoke of a strict and severe upbringing, many find themselves caught in a transfer of authority from the parents to the husband.

The juxtaposition of Full and Rassass is one of dark reality: life and death, celebration and mourning, glorification and vilification. These are themes of existence; however, the issue arises when one aspect predominates alternative realities.