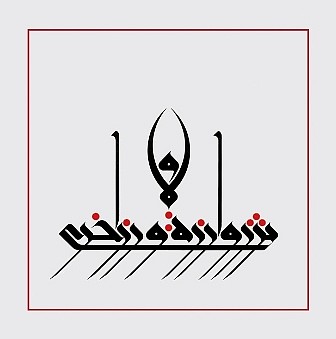 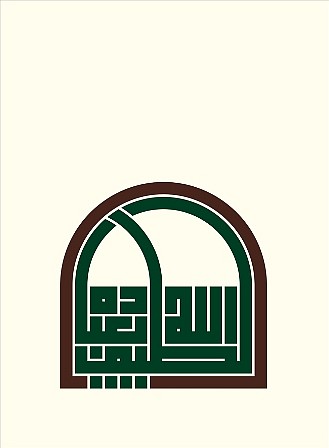 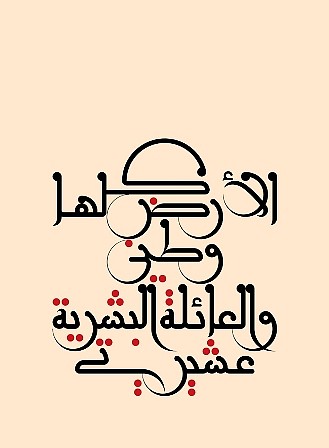 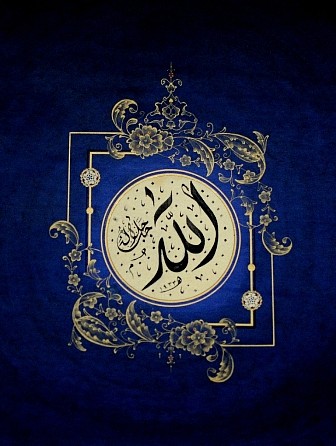 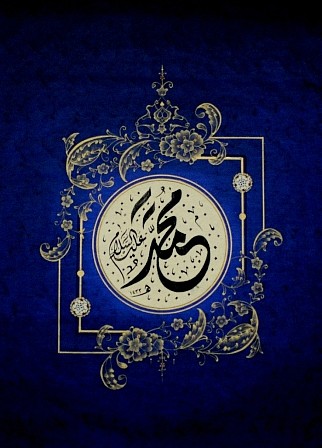 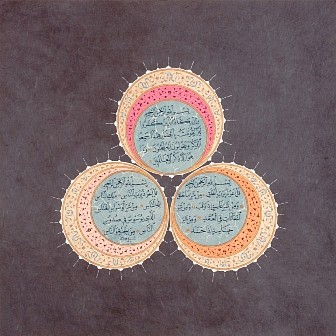 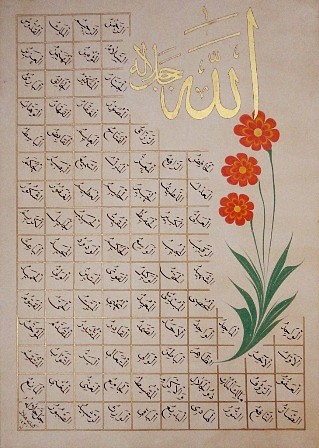 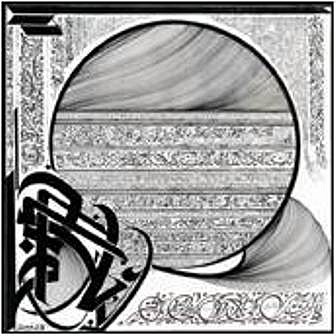 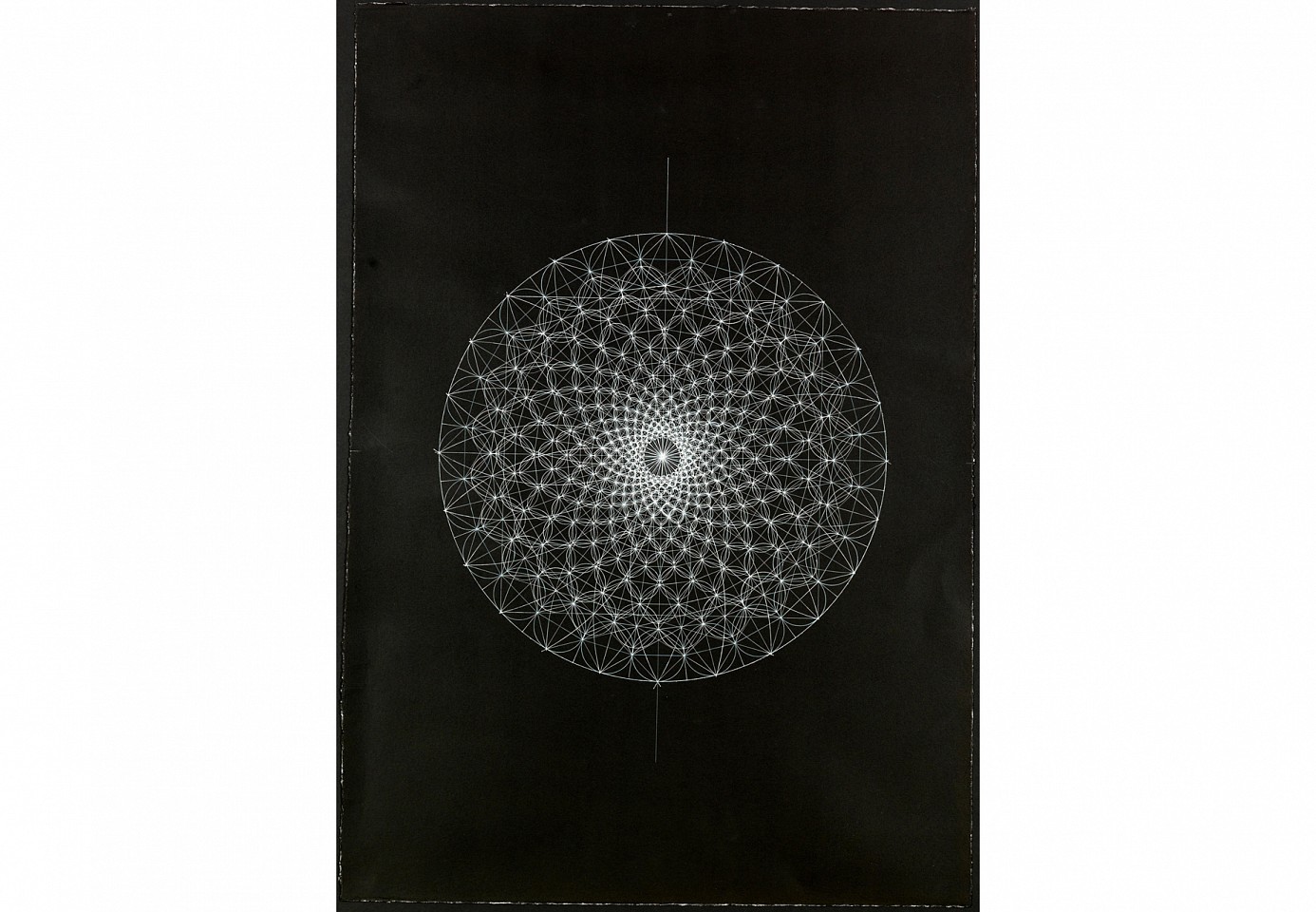 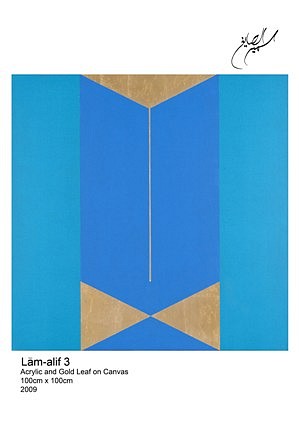 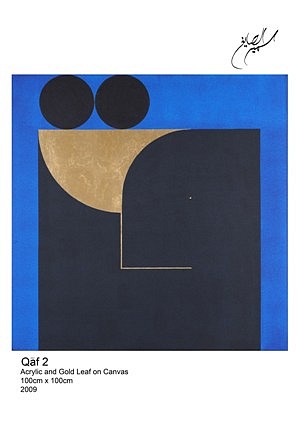 The piece is an interaction of human emotions; a depiction of human intimacy and vulnerability.  The geometric shapes tilt at a certain angular corner to represent the exchange of human emotions. A codependent interplay between humans willing to expose the truth hidden behind masks of ego and pride. The piece describes the process of having both trust and courage to reveal the nature of oneself; whether subdued, or vibrant.

The first command that God gave the prophet Muhammad (peace be upon him) was “Read”. This command sealed the primacy and importance of the written word in the Islamic religion.

The simplest definition of calligraphy is ‘the art of the written word’.  Despite being used secularly in the Islamic world, such as for manuscripts, architectural features and applied arts (metal, ceramic and glass...etc), Arabic calligraphy came to be exalted as a sacred art form due to its role as the visual language of divine revelation – the Koran.  Its flexibility of method and ornamental forms came to fill the gap in figural representation and came to be used in all aspects of artistic life and thus, is considered the unifying element of Islamic art.

Since the beginning of the Islamic empire and through to the end of the 19th century, Arabic calligraphy has been on a journey whereby it has been developed, refined and then subjected to experimentation that led to many changes in technique and material, not least due to ever increasing external influences.

This journey of the line of Arabic script continues to this day, and it is the objective of this exhibition to explore the dimensions of Arabic calligraphy in the present moment. Once, the term ‘calligrapher’ applied to only those who had obtained the ijaza and worked strictly within the boundaries of the established schools and styles.  Is this definition still fitting? To what extent has this definition changed?

This exhibition does not aim to answer these questions, but merely to raise them.  It displays a broad spectrum of ‘contemporary Arabic calligraphic art’ including traditionalist work, which use and preserve authentic methods and techniques; works that completely break free of these boundaries, such as the Hurufiyya school; works that have adapted these traditional styles to a modern aesthetic, and even those that have developed these styles to create new typefaces that mark our present age.

This exhibition hopes to show the remarkable fluidity, adaptability and continuing relevance of Arabic calligraphy to artistic practice today.