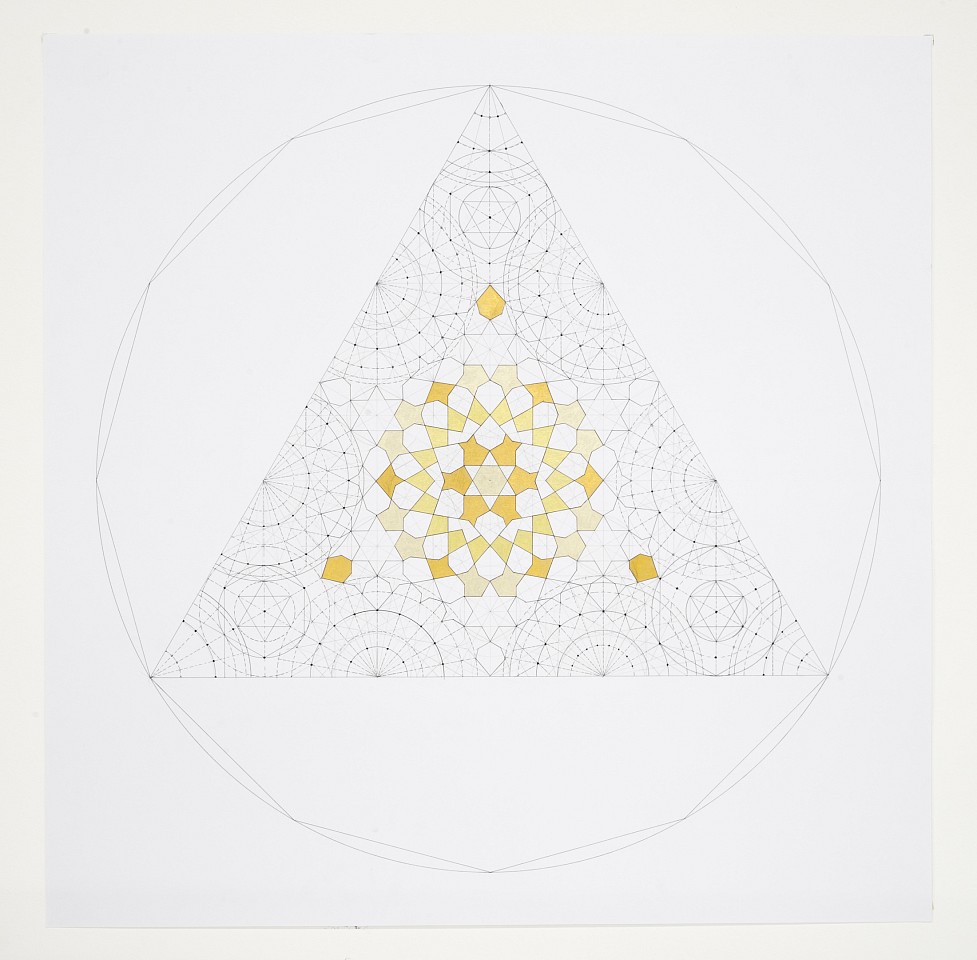 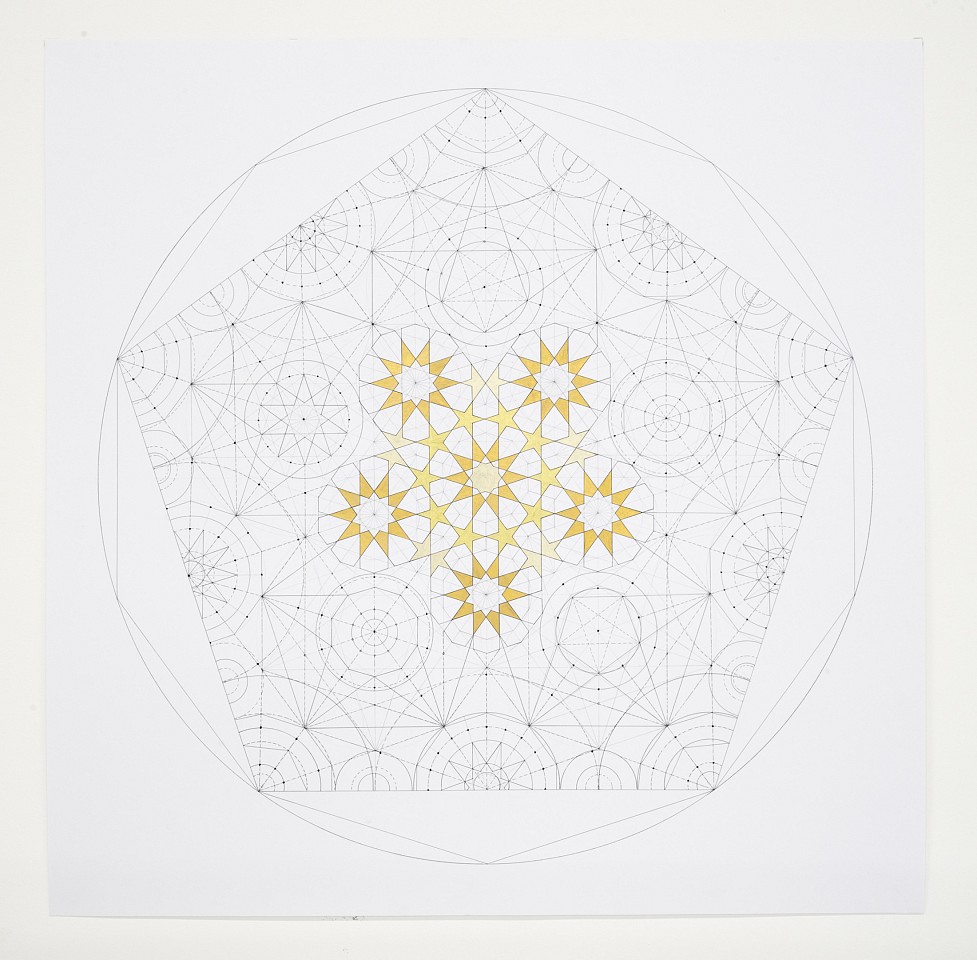 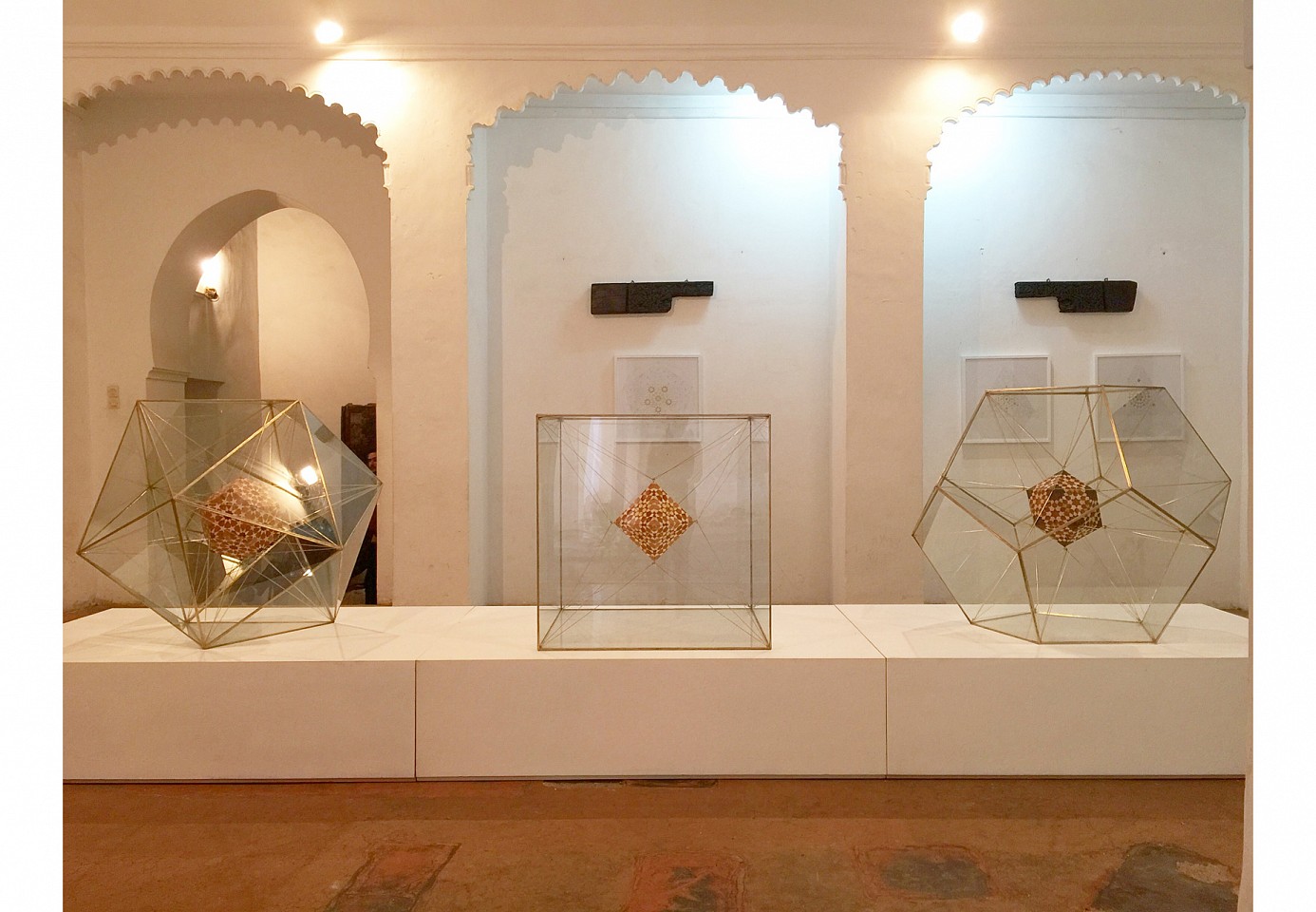 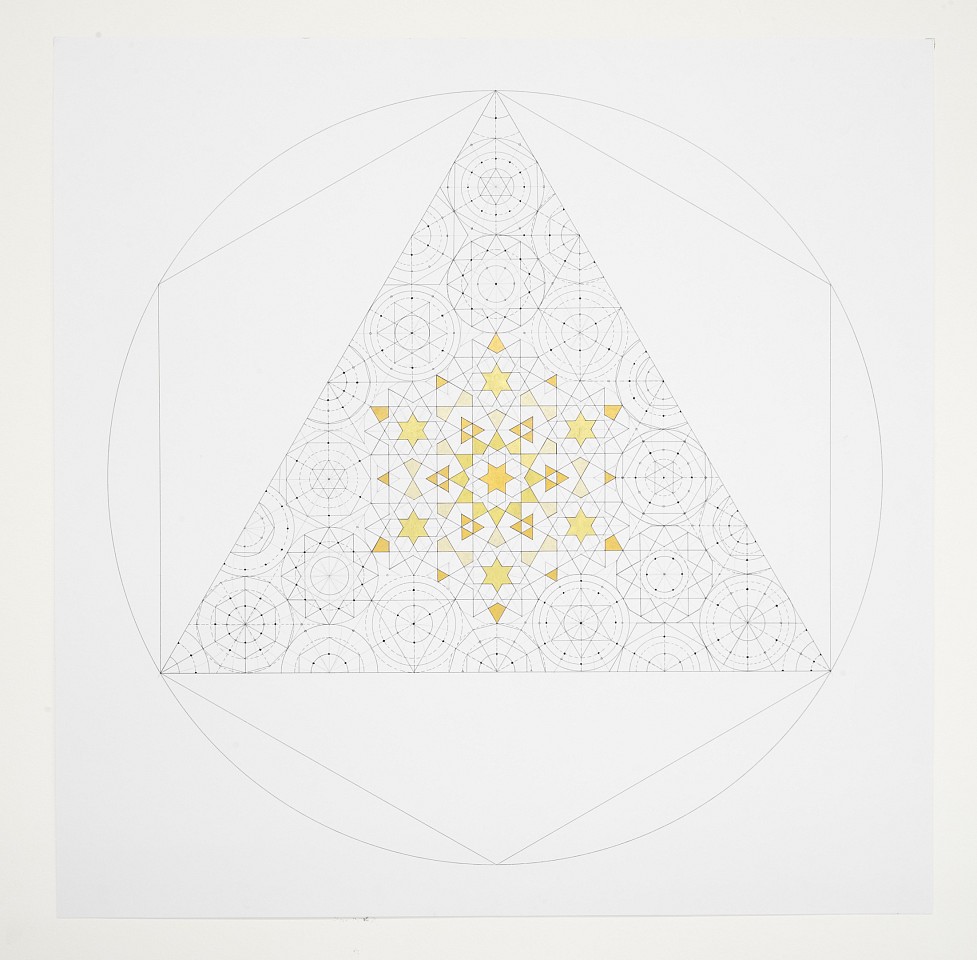 Octahedron Within a Cube from The Platonic Solid Duals Series, 2016

Octahedron Within a Cube from The Platonic Solid Duals Series, 2016

Awartani has created a series of sculptures and drawings based on the Platonic Solids, an ancient study of shapes based on Euclidean geometry.

The platonic solids are the most frequently studied shapes in history. They have been around for thousands of years and geometers have studied their mathematical properties and been fascinated by their inherent beauty and symmetry. What makes them particularly important is that they are considered as the only five ‘perfect’ shapes in three-dimensional space that derive from a sphere. They appear the same from any vertex, their faces are made of the same regular shape, and their vertices represent the most symmetrical distribution of the numbers four, six, eight, twelve and twenty on a sphere.

Awartani has taken direct inspiration from these forms and has translated these three-dimensional shapes into sculptures that examine the dual properties that they share, as each polyhedron has a dual or ‘polar’ polyhedron with faces and vertices interchanged, which is also known as polar reciprocation. By this duality principle each platonic solid has a pair that fit within each other in geometric harmony.

Plato has furthermore attributed the four classical elements (earth, air, fire, water) and the heavens to each shape, based on intuitive justification for these associations. Awartani has taken these principles and translated it in her choice of material, as wood is the only substance that needs all the elements to survive in nature.

The Marrakech Biennale is a festival with the mission to build bridges between the cultures through the arts.  We inspire outstanding artists from all over the world to create work that responds to the magical environment of Marrakech.

The Marrakech Biennale, founded in 2004, is a celebration of creativity in a city that has been the focus of artistic exploration for centuries; a gathering of arts enthusiasts who organize stimulating conferences, interactive events and world-class exhibitions.
The curatorial concept of this year’s biennial starts the premise of the designated title for the Biennale: Not New Now. It aims to provide for an intellectual framework that unites multiple arenas of art and cultures by looking at it from the particular location and history of the city of Marrakech. It builds on a longstanding history of Pan Afro-Arab unity, through critically investigating socio political projects, cultural partnerships, and art movements that have led to many shared artistic tendencies.

The heritage sites of Marrakech will invoke these moments of intersection, through a plethora of site-specific commissions and installations, by a group of international artists especially from Africa, the Arab world and its diasporas. Performances, displays of archives, film programs, seminars, lectures and even conferences will provide for a dynamic structure that looks at and cements these cultural commonalities and relationships. This is in line with the aspirations of the foundations of the Biennale, as was expressed by its President, Amine KABBAj: “The key to the Biennale’s future success lies partly in the city's location. We lie on a crossroads between the Western world, the Islamic world and the African world.

We are a modern society that values its traditional culture, but we are also evolving rapidly."Since one of the primary objectives of the Biennale is to further the dialogue beyond art and culture into a wider set of implications, several programs run parallel to the exhibition. These include literary roundtables and lectures, screening of films and video and performances all that will be visible in a multidisciplinary approach.