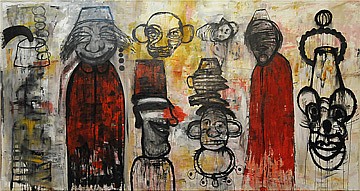 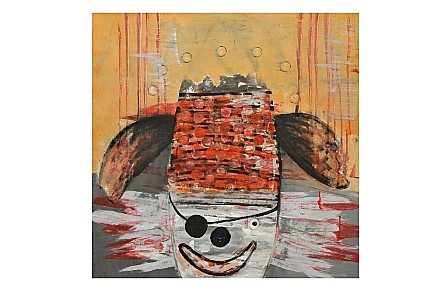 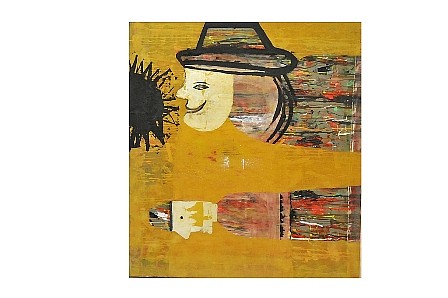 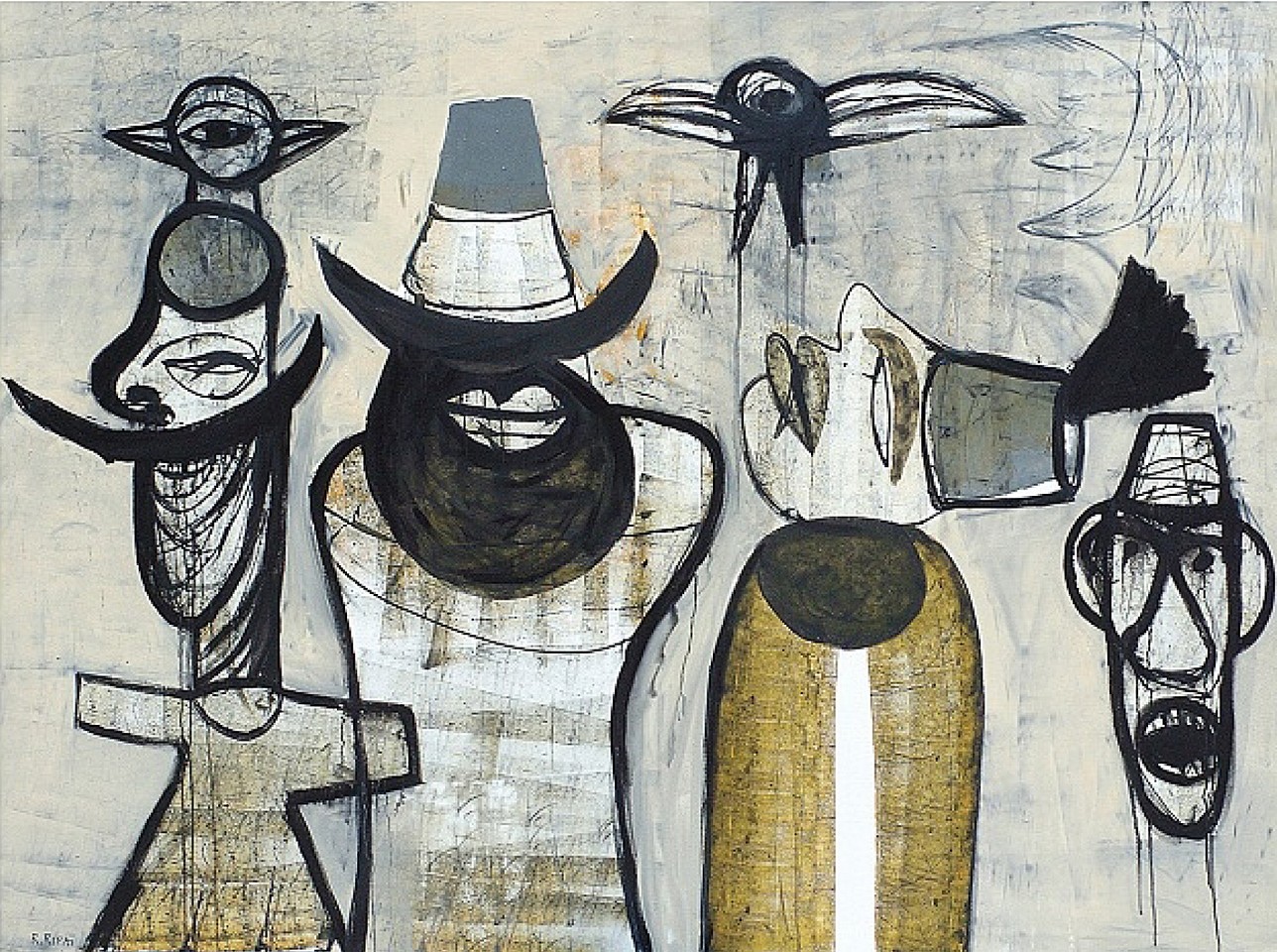 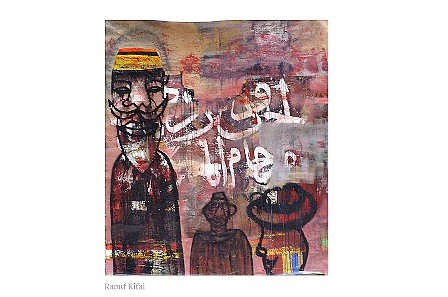 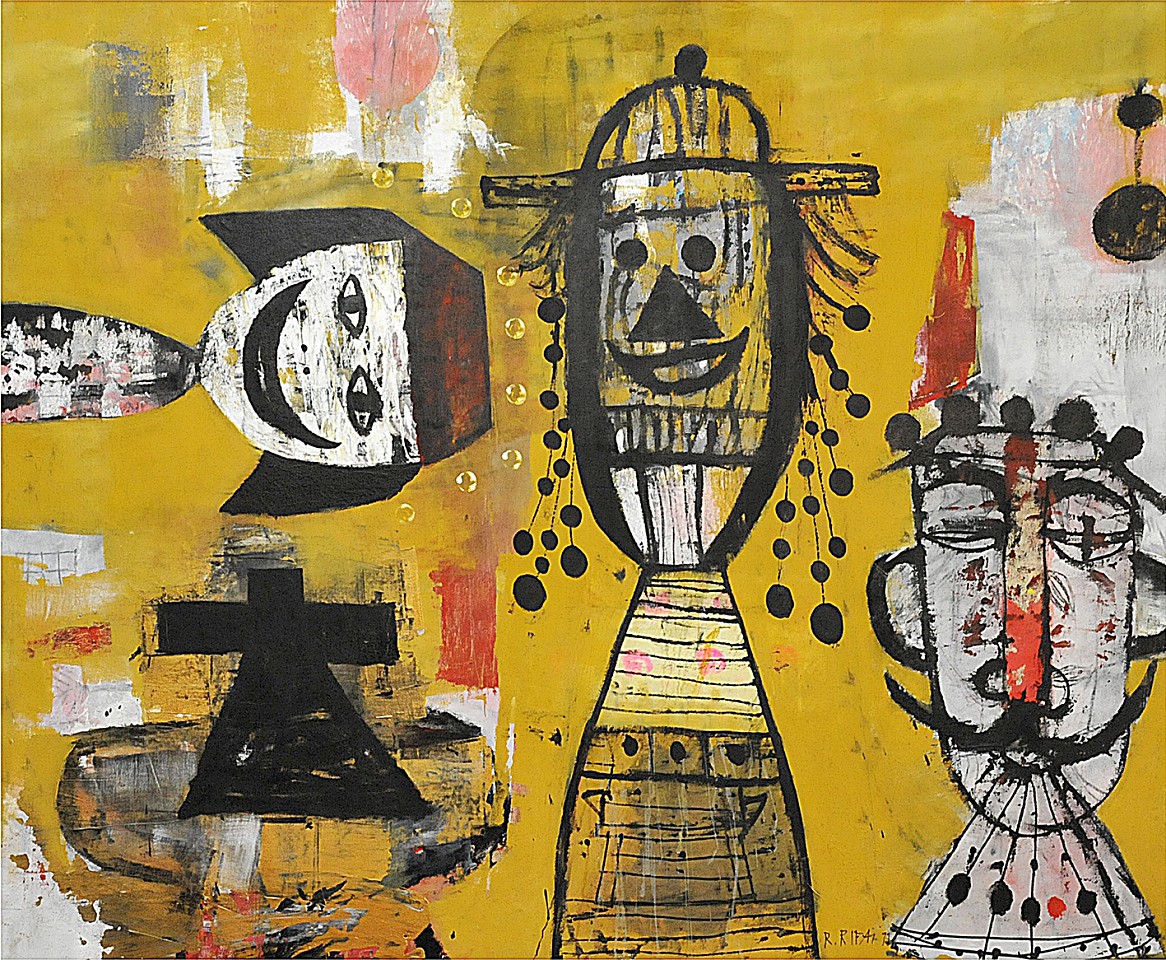 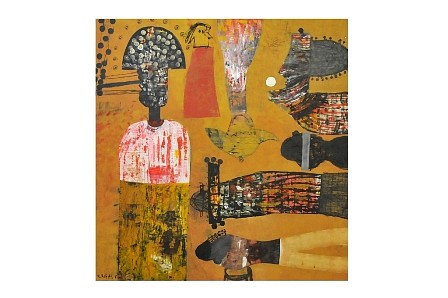 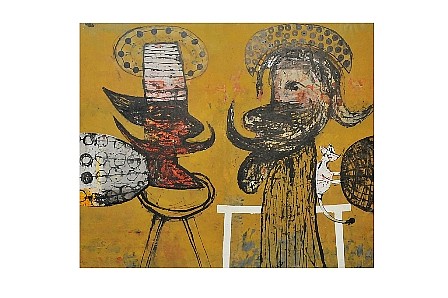 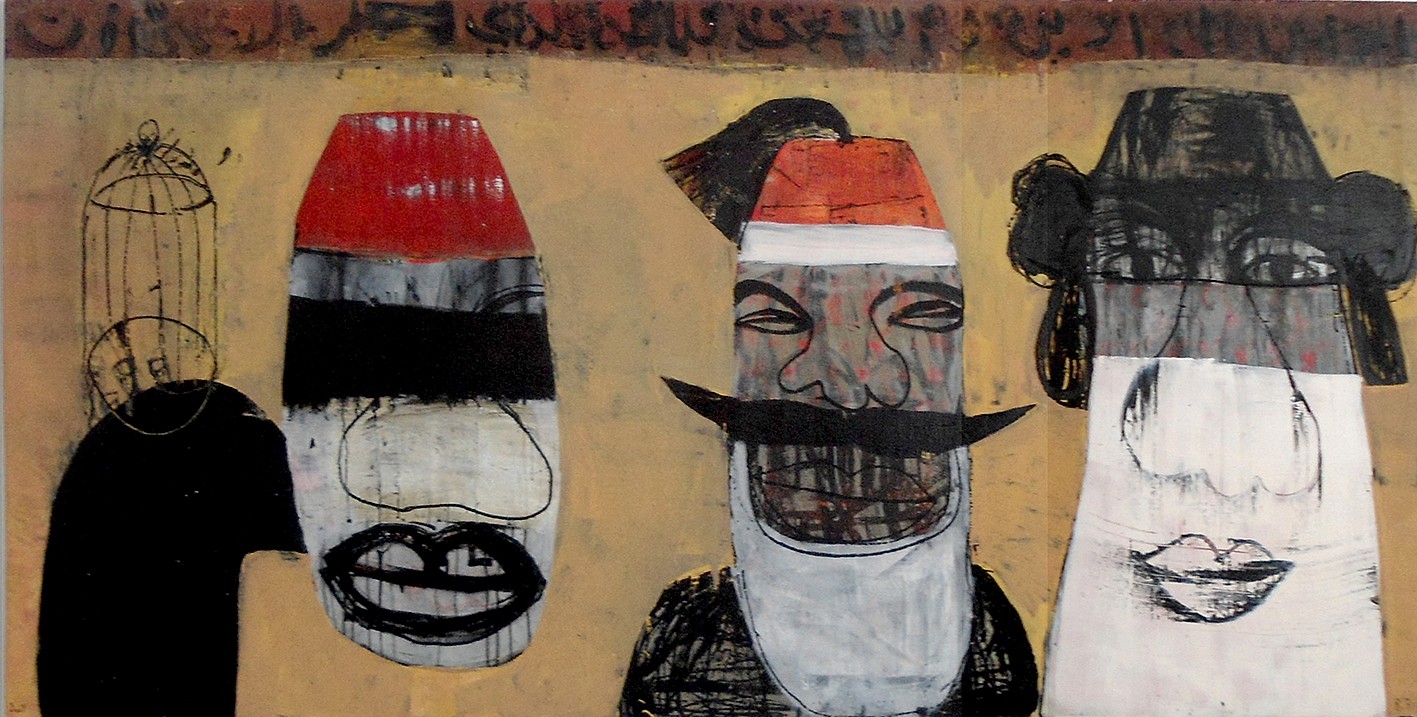 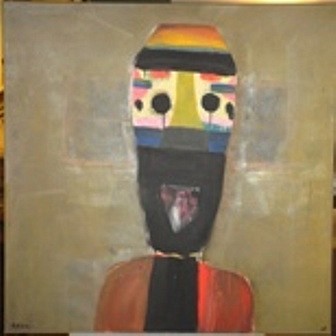 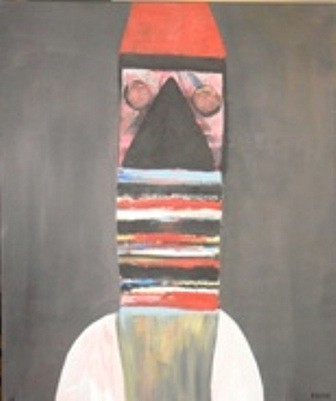 Raouf Rifai, a Lebanese artist born in 1954 has managed over the years to distinguish himself as one of the leading contemporary painters of today. He paints canvases that are born out of a compelling combination of figuration and abstraction that he achieves by saturating his canvases with colour and formal simplification. Instead of brush strokes, Rifai drips and rolls his paint, layering saturated surfaces with grids of wavering lines, creating compositions that tend toward the definition of a new visual language.

Like many artists, Rifai finds inspiration in his surroundings, but specifically, by the many issues that surround his community; “My art is always orientated towards humanity, it’s a natural response against the cruel circumstances of my society where I witness this reality on a daily basis”.

His work shifts between the worlds of reality and fantasy and are guided by emotion; “I like to work quickly, impulsively. My work is about emotions and the moment. Oil takes too long to dry. It makes me lose the feeling. So I work with acrylic”.

His solo exhibition ‘Interlude..’ includes works from Rifai’s two series Circus of Life and Darawish. Both series convey sarcasm, irony and surreal vision whilst using figures from Lebanese popular culture – Caracoz, Bahloul, Jeha, the Darwish and Akhwat Shanai; “My art is about my own perception of what’s occurring around me and my Middle Eastern community. The Middle East in its reality resembles a cricus, or a theatrical play, you have your heroes and villains, monsters and angels, as we as the brave and the coward”.

Darawich leaves us wondering whether he is commenting on the spiritual Sufi dervish or the darwish; the country peasant who time has left behind. The two series interact with each other as the darwish acts as the innocent observer, caught unawares by the dramatic happenings of the circus that the Middle East has become - with its animals, macho men and real-life clowns in all their variations – the sad, the weak and the cowardly.

The works are parodies that suggest that the Middle East has become a stage, replete with performers and audience, and that the unfolding events are nothing but a tragically amusing farcical interlude…