"And They Will Not Cease To Differ..." - Saddek Wasil Solo Exhibition 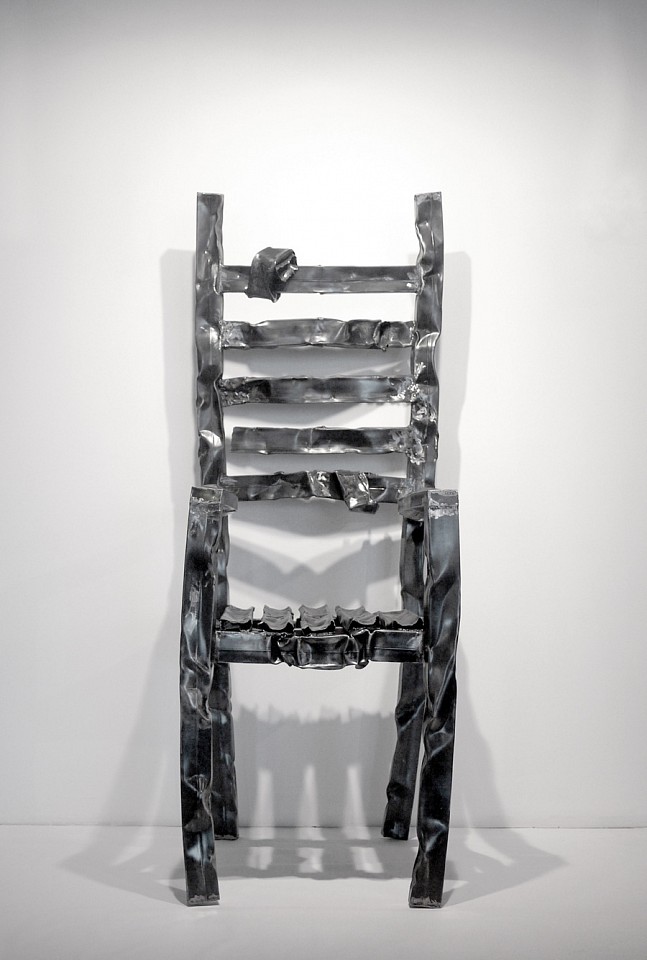 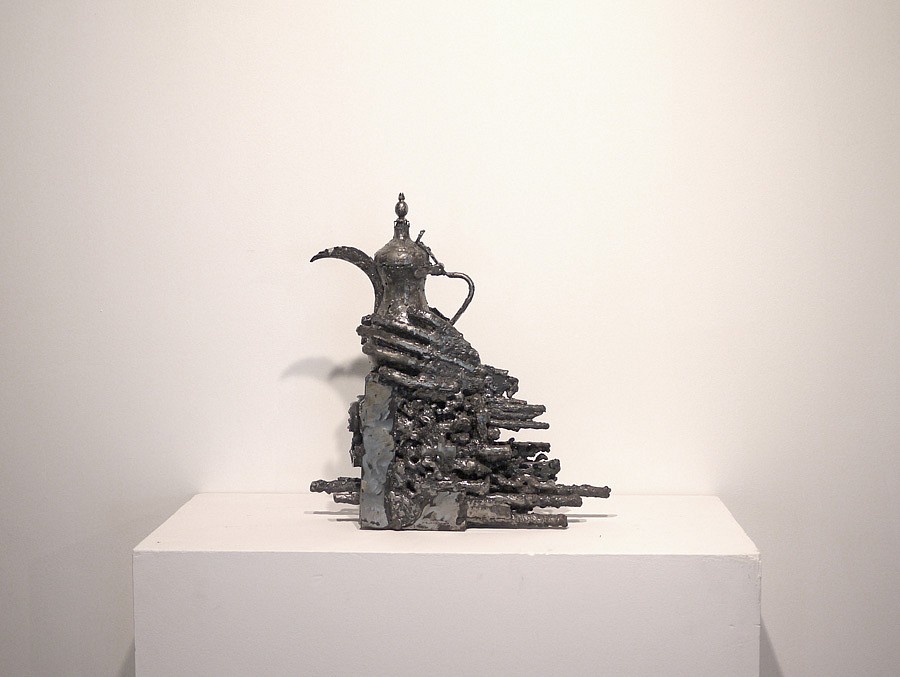 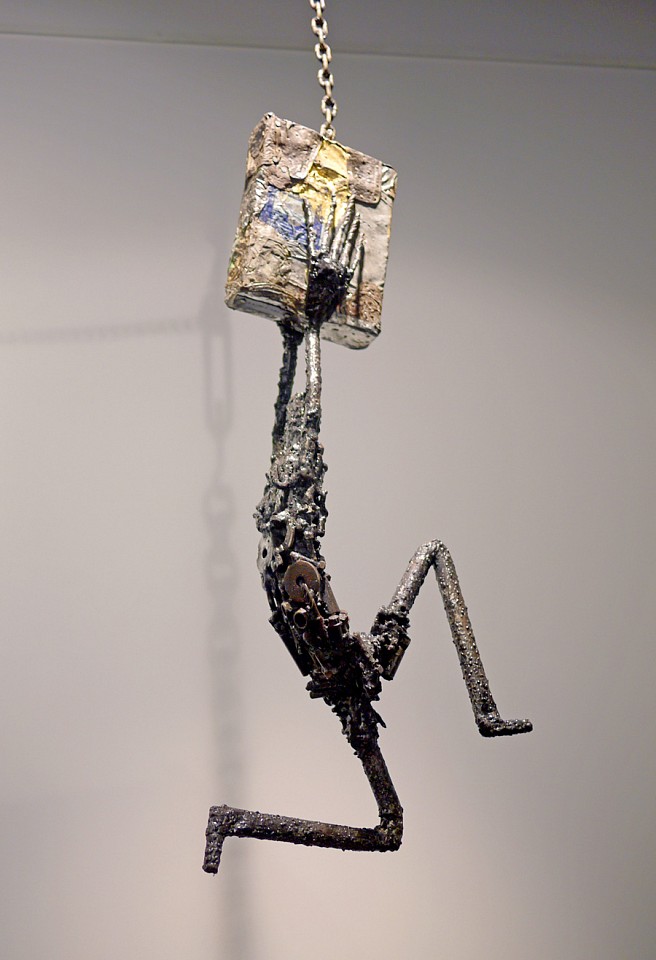 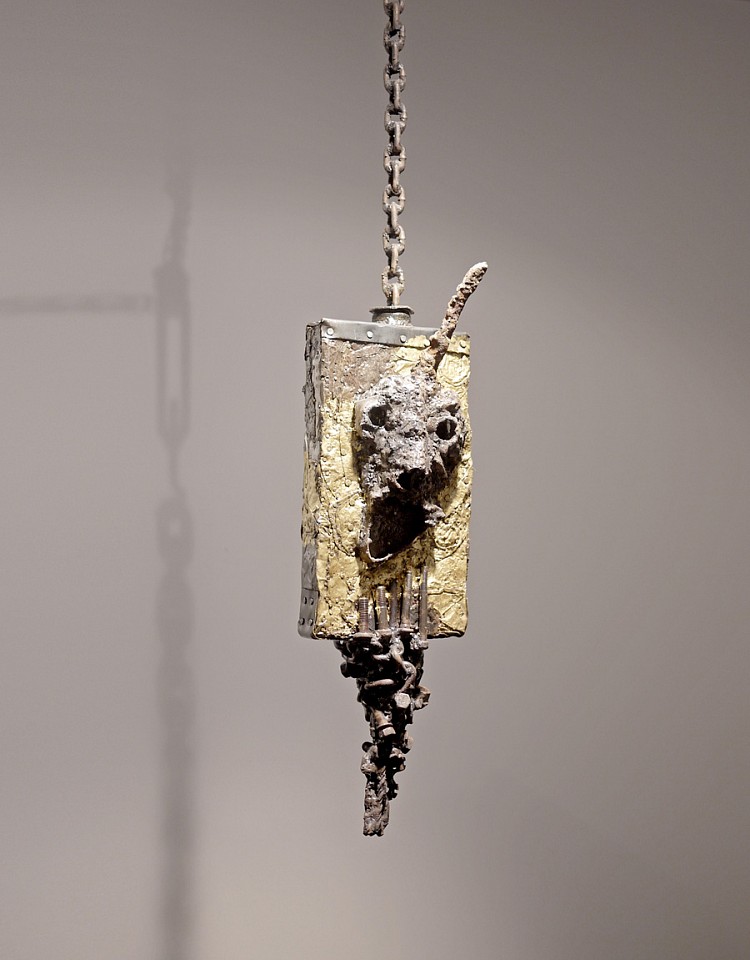 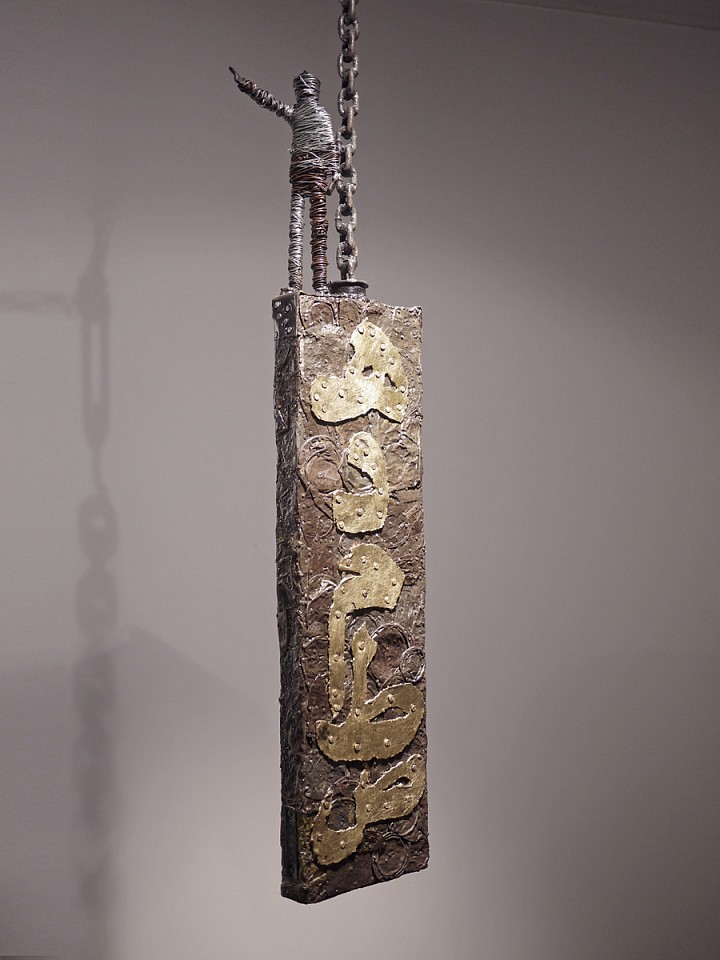 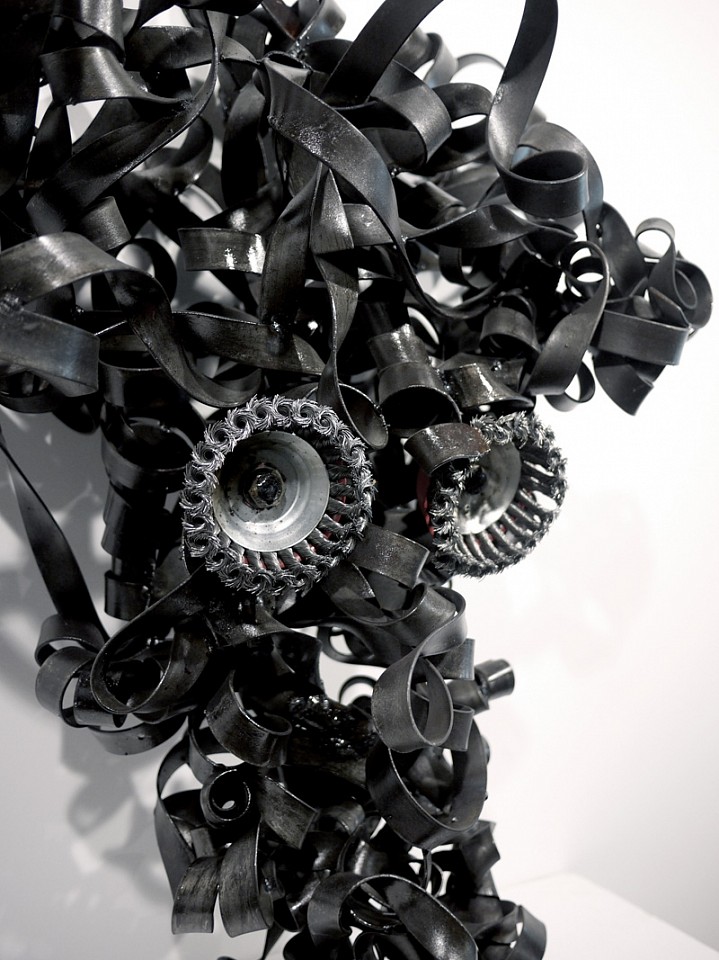 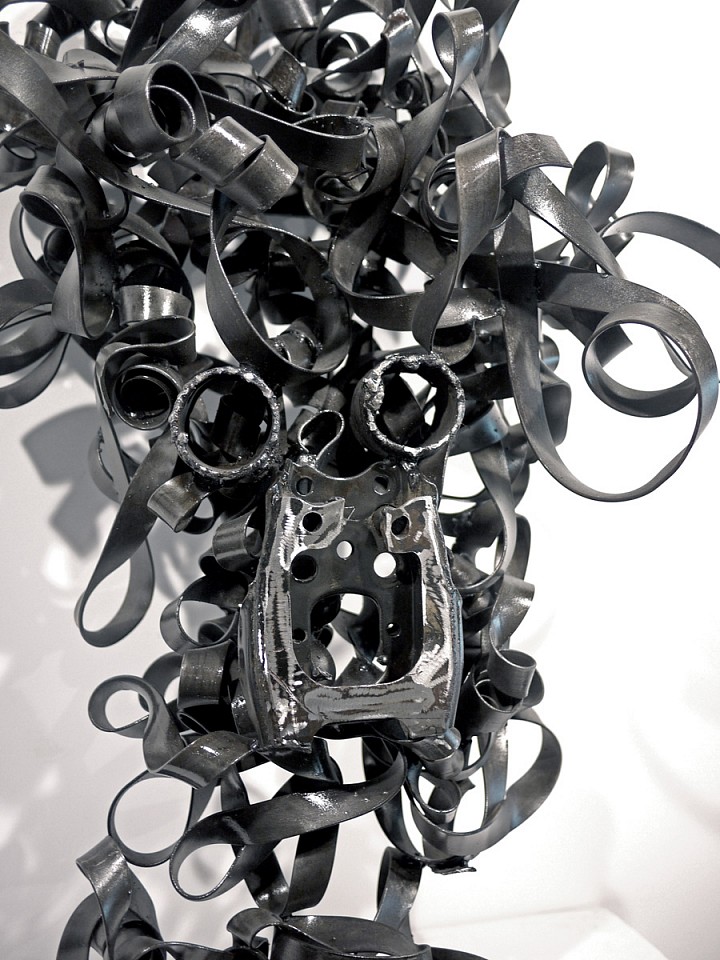 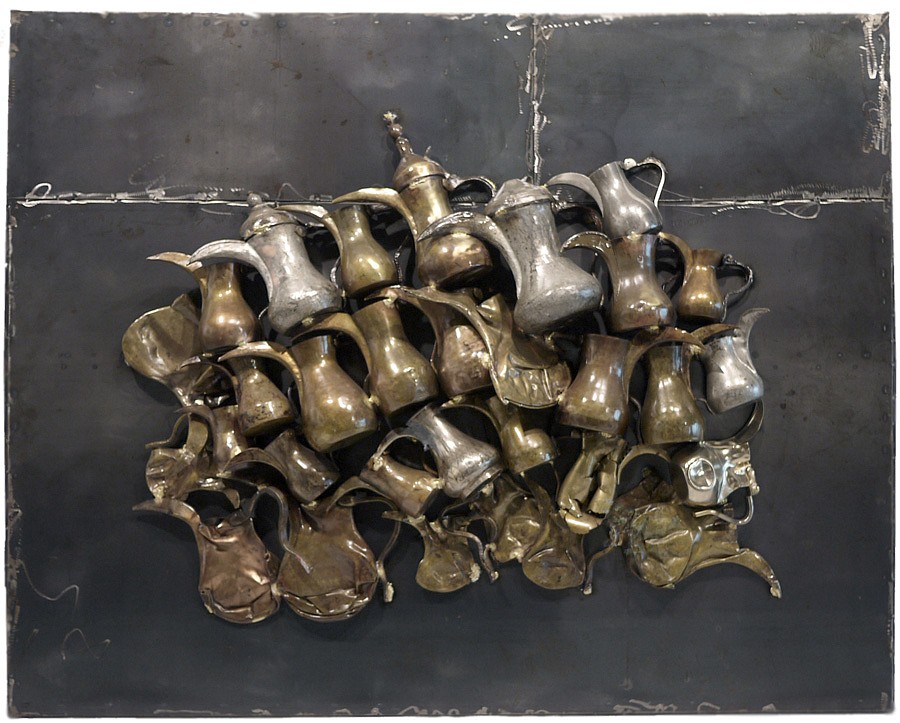 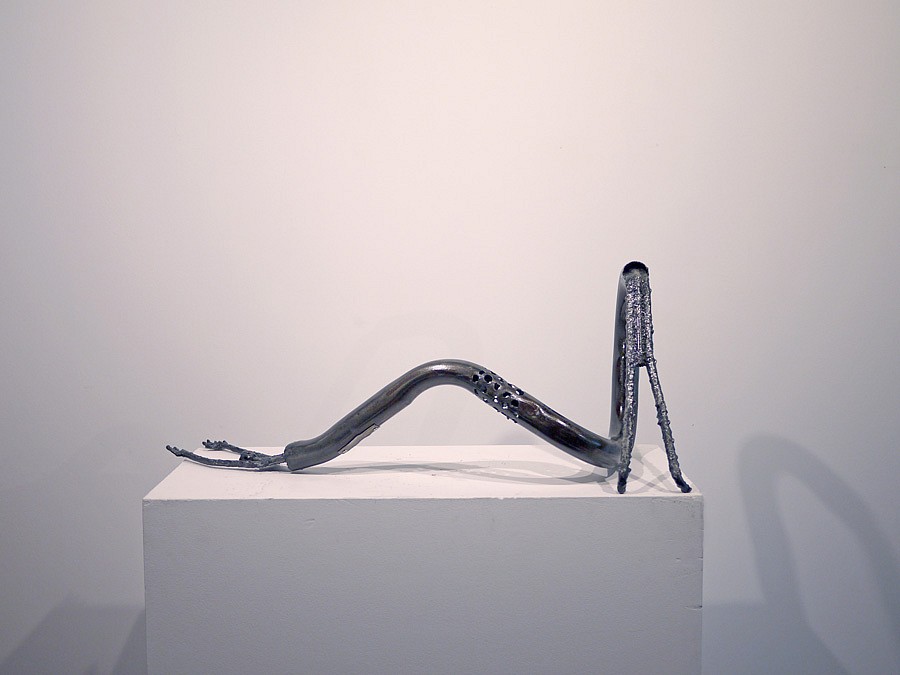 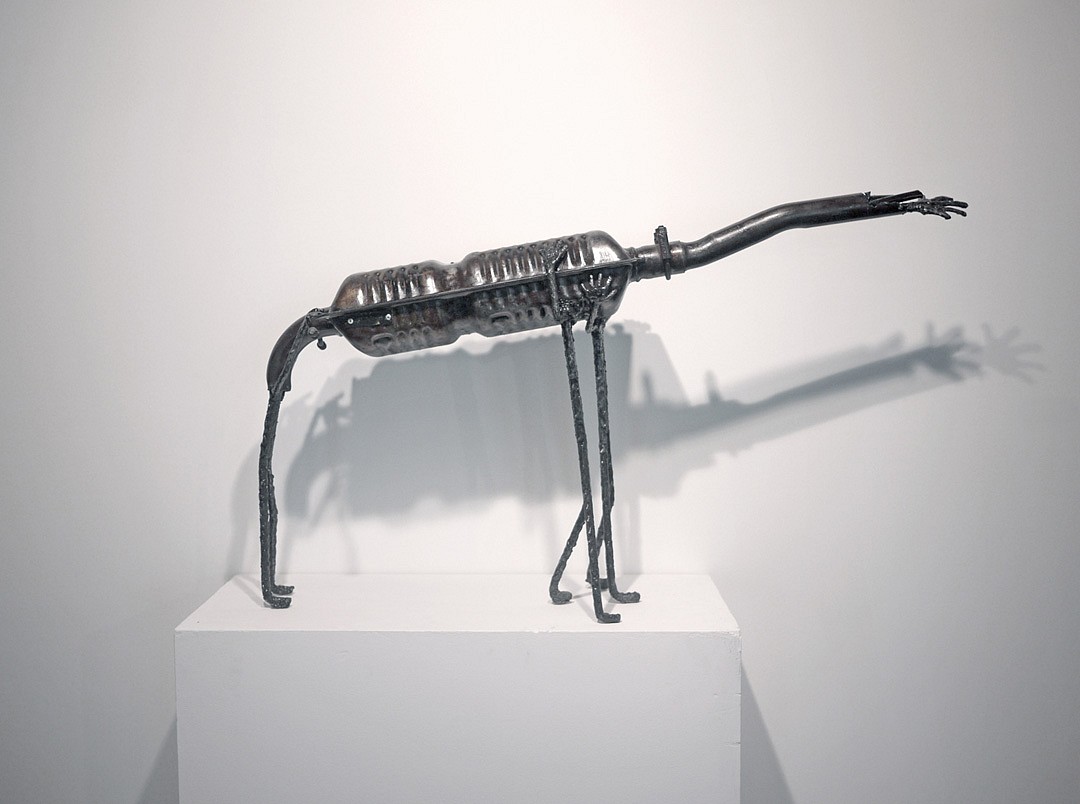 "And They Will Not Cease To Differ..." - Saddek Wasil Solo Exhibition

Abdelrahman Katanani, through a strong bond with his environment, illustrates the hope that education and knowledge can offer to a child. From his disadvantaged environment he created an assemblage that shows how far you can go with a good message represented by the "kite".

Education, just like a kite, travels across borders, cultures and economies. The "Kite" opens up the mind, gives a chance to communicate with others and most of all makes you visible to the world.

The "Kite" enables one to tell a story as a way of self expression in a free spirited world.

Katanani embraced his environment in style and material to create a message  that transcends social condition in content.

Reading is a powerful tool, a source of reconciliation with the world and inner freedom.

Yet, to this day, some of us find themselves deprived of this privilege (or necessity) blaming social/political conditions, environment or even genetics.

"Stormy Day" Is a piece that I conceive as follows: Despite the hurdles and difficulties; entangled with all the mind connections that decipher symbols; embodies the trajectory of a person going through the process of Iqra'.

Saddiq Wasil sculpted the motion in space to show the reader moving forward, pushing through environment and genes in order to reach a goal, a new world. Wasil kept all the pieces attached showing that difficulties enrich your experience and draw your individual path.

Drawing parallels from this is the process in overcoming reading difficulties, the mind opens up to new horizons beyond the set environment.

"Stormy Day", is a reminder that how much some of us struggle in order to acquire the tool of reading and keeps us wondering, if we are to remove the heavy pieces attached to the entangled wires, would the process be easier or would it shape the path in a totally different way?

"And they will not Cease to Differ..."

There are numerous verses from the Koran which illustrate the wondrous diversity with which God has created mankind, be it in shape, size, colour, character, ability or talent.  The richness of this diversity is no more evident than at the holiest site of Mecca Almukkarrama.  Its historic location as a pilgrimage as well as a trade route destination saw millions of different peoples from all four corners of the globe flock to its gates every year, a phenomena that continues to this day.  Thus the scene is set for the life and work of the artist Saddek Wasil, who recognized this diversity as an endless stream of solid gold inspiration that would be the driving force of his work.  The artist considers his own talent, the ability to work with and manipulate metal, as his very own gift from God.

As with many artists, Saddek is influenced by his surroundings and the happenings of the world around him, with a particular focus on humans and human emotions.  The myriad of individuals that visit Mecca and the Ka’aba do so in order to commune with God as a way to deal with their problems and the changing, fast-paced environments they live in.

Wasil’s work The Mask investigates the role of the facades that people assume, as a form of protection, an armor against the world.  With time, these masks become a part of you. This fear of transparency leads us to eventually become lost, even to ourselves and we forget who we truly are.

Faces of Tin (Stop) is a re-exploration of ‘Wasil’s Faces of Tin’ series – a collection of discarded oil, paint and petrol tin cans lay side by side. They are flattened and carved out to reveal faces. There was once a time when interpersonal relationships and encounters with people were treasured and valued.  Now, everyone seems expendable and we discard people from our lives as easily as we would a tin can. The discarded faces of tin are a reminder to be accepting, to be patient and to pay attention, for each is special, unique and different..

The dallah is a symbol of Arabism and Arab hospitality and is a common feature in every household.  It evokes scenes of union and dialogue from bygone times.  The work Game of Dallahs is the artist’s redefinition of Chess, once dubbed the Game of Kings. In lieu of regular chess pieces, the artist uses dallah coffeepot covers, which ironically resemble medieval Muslim soldiers’ helmets. The game is a reference to the ongoing battle between tradition and modernity and the importance of the survival of the traditions that are key components of the Arab identity.

Saddek Wasil is a witness to the daily struggles of his fellow man as well as an observer of their innermost struggles at the moment when they are at their most vulnerable and transparent, in the house of God.  His work is in no way judgemental as he rejects the role of the judge; it is merely a recognition of diversity in all its shapes, forms and colours.  His work is about understanding, acceptance and tolerance and foremost, it is about the acknowledgement of seen and unseen realities…’And they will not cease to differ…’