The Bravery of Being Out of Range 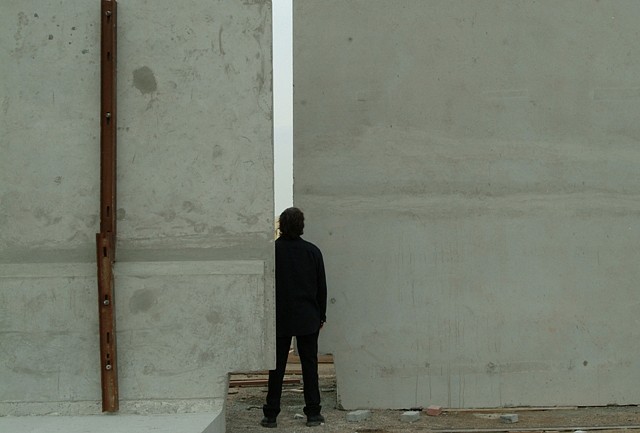 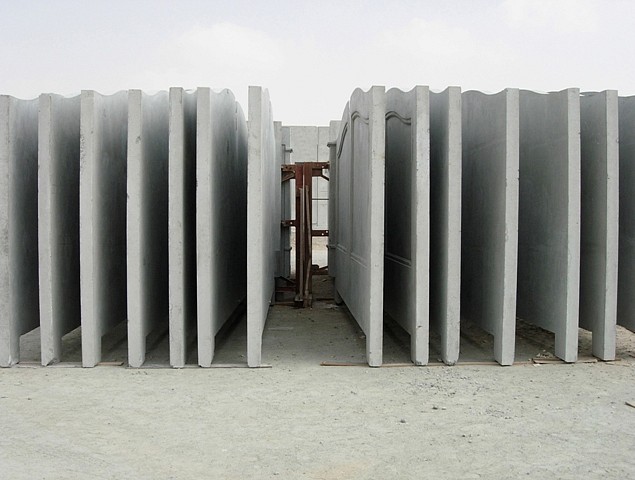 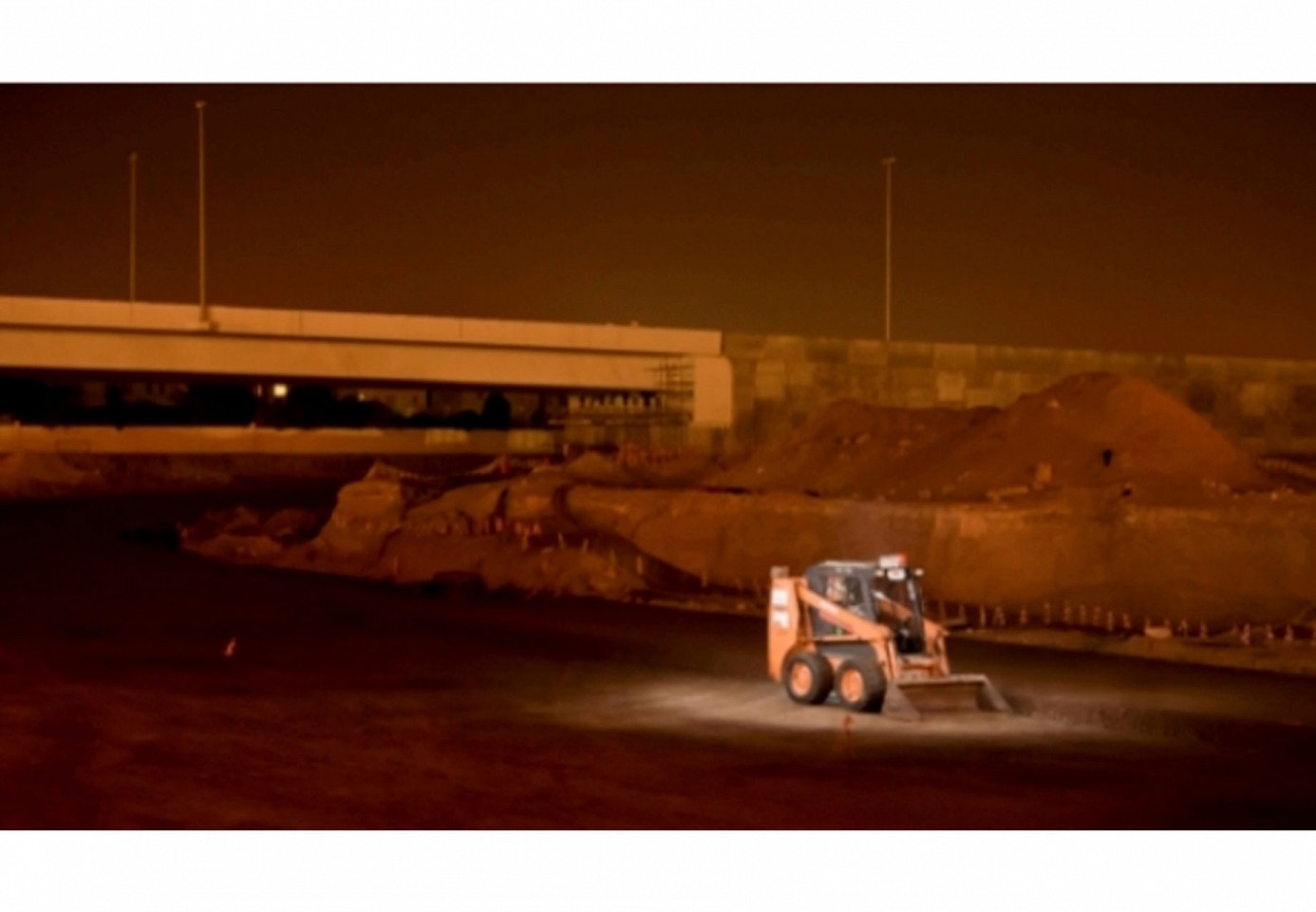 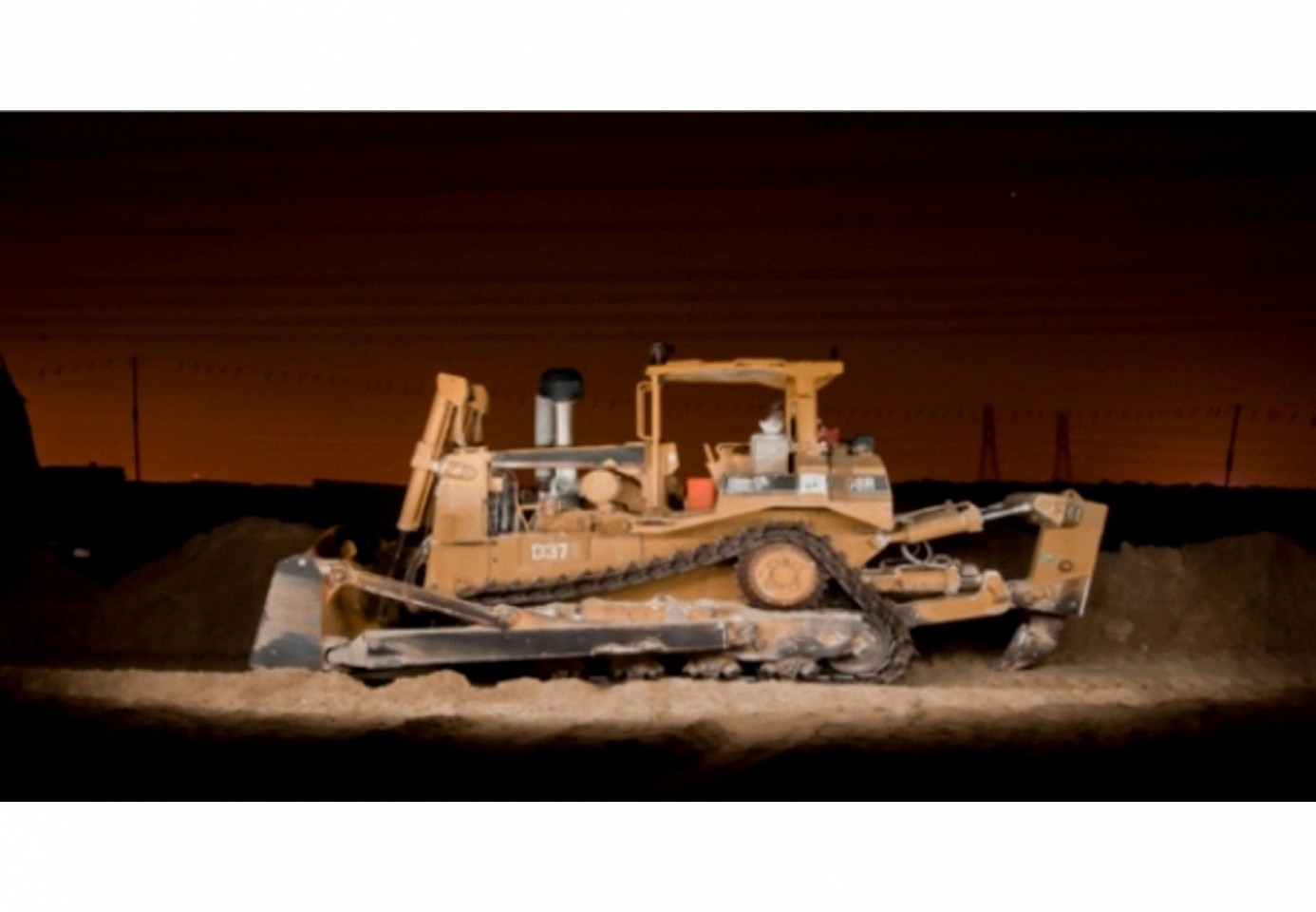 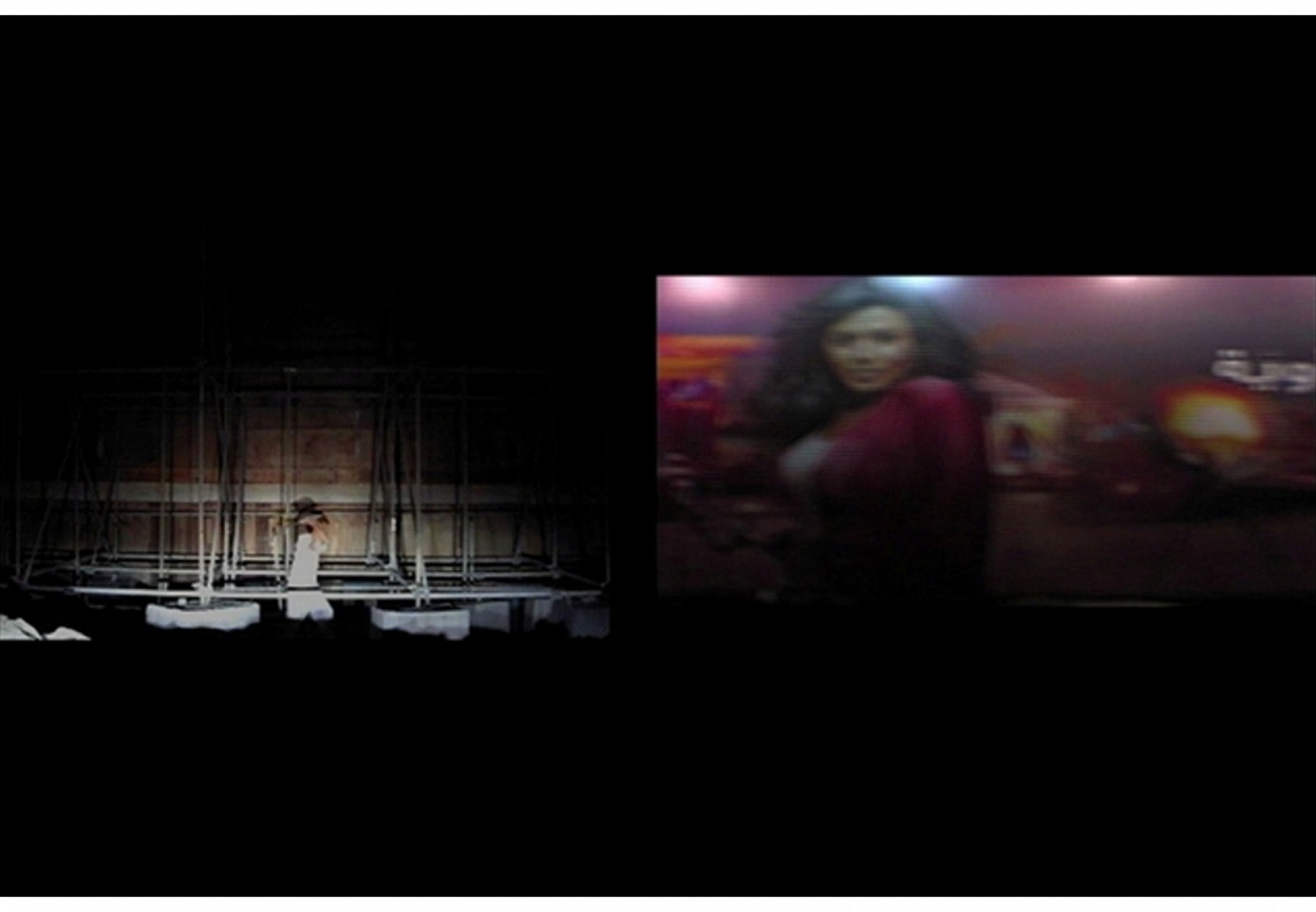 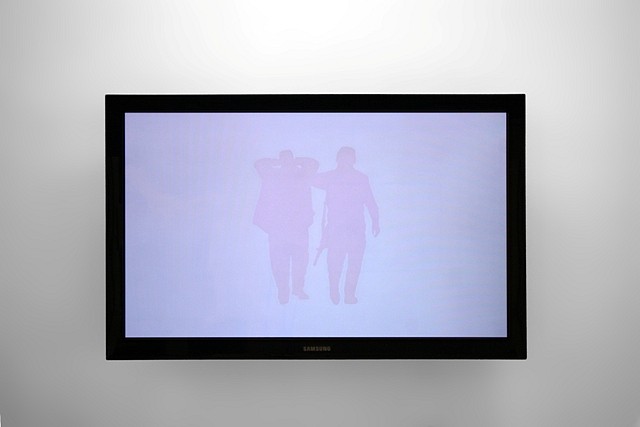 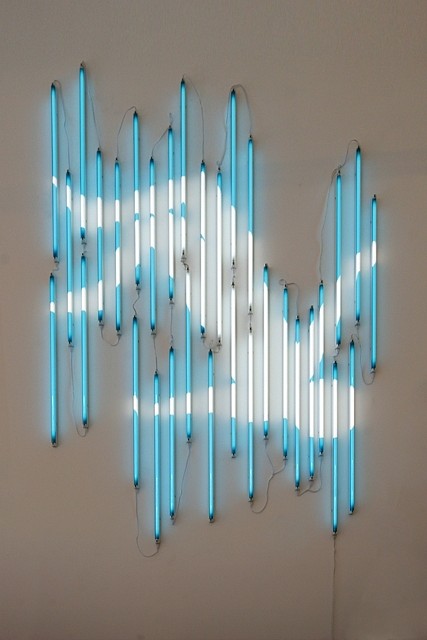 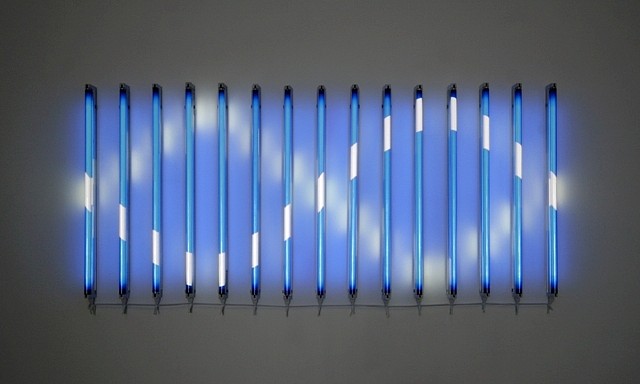 James Clar | The Difference between you and me | 2010 | Athr Gallery 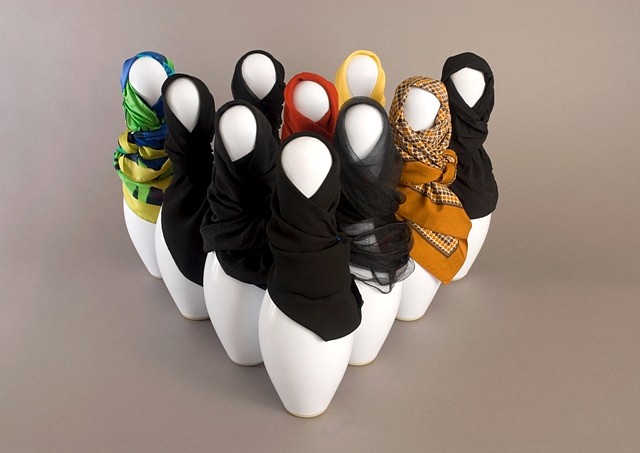 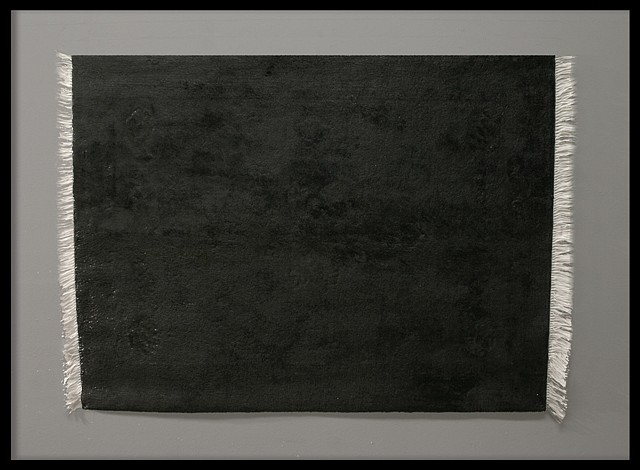 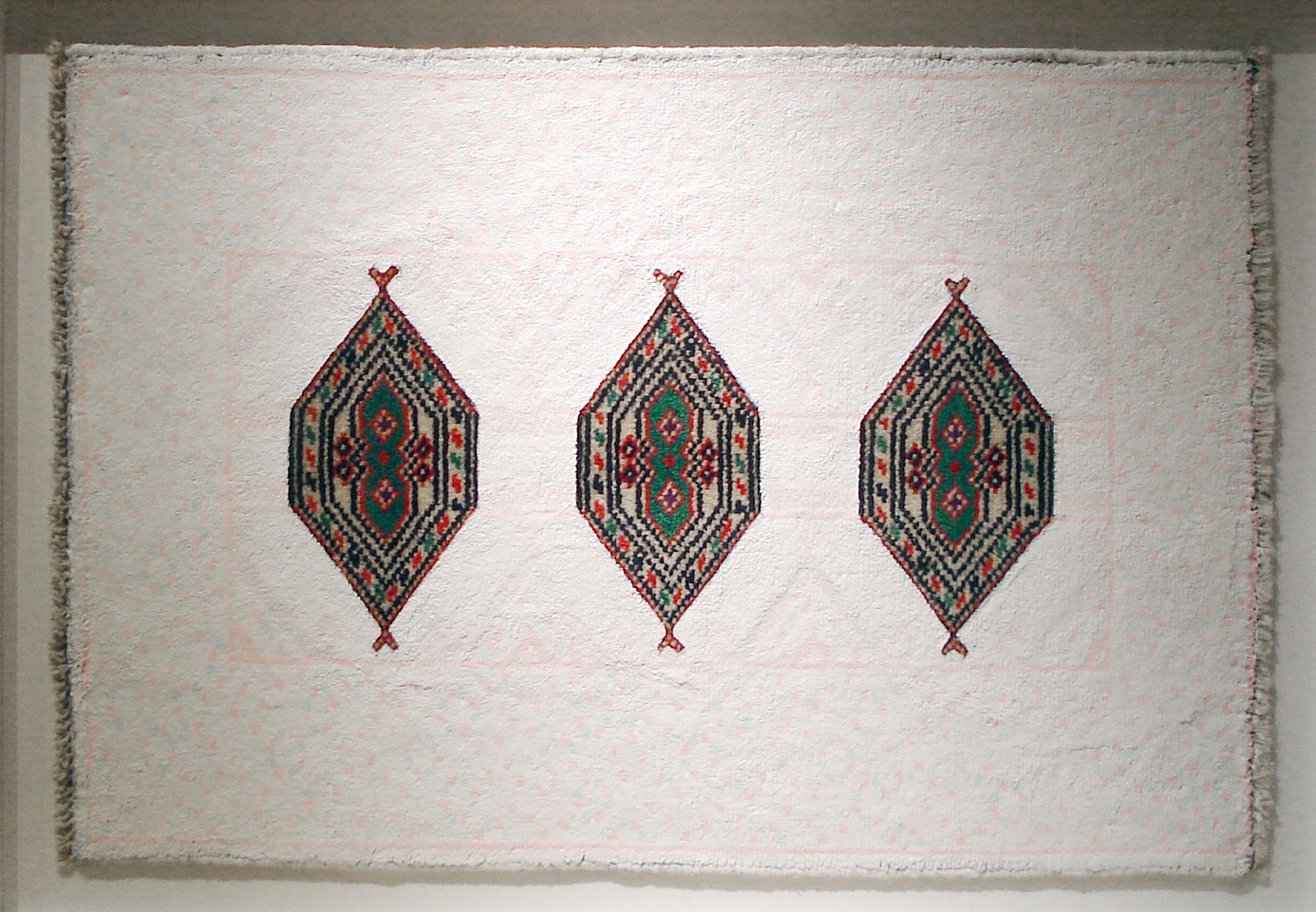 The Bravery of Being Out of Range

The Difference between you and me, 2010

A Rather Trivial Pursuit, 2008

The Difference between you and me, 2010

A Rather Trivial Pursuit, 2008

This series developed out of Al Turki’s reflection of Dubai. He presents images of tractors and cranes as though they have been stopped in their tracks, immobile. He describes such machines as “the soldiers that built this city (Dubai).” It is through their excavating, moving and lifting that such a place has emerged as a global city. To see these machines, motionless, is as though he stops time temporarily. He captures these ‘soldiers’ parked up still, at night, creating a sense of peaceful harmony in an otherwise bustling urban jungle.

This series developed out of Al Turki’s reflection of Dubai. He presents images of tractors and cranes as though they have been stopped in their tracks, immobile. He describes such machines as “the soldiers that built this city (Dubai).” It is through their excavating, moving and lifting that such a place has emerged as a global city. To see these machines, motionless, is as though he stops time temporarily. He captures these ‘soldiers’ parked up still, at night, creating a sense of peaceful harmony in an otherwise bustling urban jungle.

The topic to be discussed is that of a person, who is called Mr. Zany. He is about to embark on a significant journey, as he wishes it to be retaliation. However, he must go through a process of development that is bleak and may lead to his demise, or he will hopelessly awaken into the third and a half dimension, between space and time, where elevation is sublime, a lady listens, multitudes are supreme and a road that melts.

Telling his story through music, visuals and performance, to initiate a new concept of enjoying a show, one that would inform the audience and interact with them, showcasing the systems that are right in front of them, to bring awareness, to expose, to experience. Most seem to ignore these elements continuously, not because they don’t care but rather because they are confused or mislead and are not used to the idea of thinking clearly. Transformed in an intimate space, idealizing a voyeuristic aspect to the project is necessary so as the viewer would see the elements that make up the installation and the logic that flows within, and coordinating the music so that it links with the visuals, but not to cross the T in every case. The show

is to be divided into three sections that take up no longer than ten minutes each, as well as two free expression sections in between. The story has several scenes, some of which are to take

place in a desert, a forest, a room and in water, with the same props being used, only minor differences that would give the effect of time elapsing and showcasing the progression of the story. There would be a theatrical-performance act as well, that aids in the enhancement.

The musicians play inside boxes. The position of the windows isolates the performers from seeing one another, the out side of the box is used to play projections.

Saudis, by and large, do not believe in the theory of evolution. Like other  conservative, religious societies, Saudis have firmly rejected Darwin’s theory on the basis that human beings are perfect, state-of-the-art creations, not the result of some natural process. Ahmed Mater is a doctor by training. He believes in evolution. But for him, evolution does not necessarily mean survival of the fittest. Sometimes, evolution can lead to one’s demise. Saudi Arabia, founded in 1932, was a poor country with scarce natural resources. Then in 1938 oil was discovered in its deserts, and ten years later production was up to full capacity. Petrodollars flooded the Kingdom, transforming the face of its land and giving Saudi a great deal of leverage with the international community. Interestingly, the origin of oil is connected to the theory of evolution. Oil is derived from ancient organic matter; the remains of creatures that have not survived the planet’s biological and geological changes. Saudi Arabia did not only use petrodollars to fuel its rapid development; vast amounts of the same money were also used to promote and spread the Saudi conservative interpretation of Islam, also known as Wahhabism. But most Saudis reject this term because they believe they are simply practicing Islam in its purest form, and also because they think the term has been used unfairly to slander their religion and their country. Whether they agree with the term or not probably matters little now, because some of the ideas that originated in Saudi have, in recent years, come to shake the world. Most people will read Evolution of Man as an unabashed critique of humanity’s dependence on oil, and what ‘black gold’ represents to those living above the reserves. But Evolution of Man is more than just a political statement. As Ahmed Mater explains,

“I am a doctor and confront life and death every day, and I am a country man and at the same time. I am the son of this strange, scary oil civilization. In ten years our lives changed completely. For me it is a drastic change that I experience every day.”

Yellow Cow is a series of interventions, performances and installations inspired by a passage in the Surah Al- Baqarah (The Cow), which is the longest chapter in the Qur’an. Mater explains, “The stories I heard in the Qur’an study group were the main stories of my daily life. They were like a guide.”

Yellow Cow is not a work of art that seeks resolution. It is an ongoing project that literally and figuratively places this ancient story into contemporary consumer society. To date, the project has been realised as a film, a shop installation, a brand and a series of products, all asking the same question posed by the story in the Qur’an: what is so special about this yellow cow?

YELLOW COW PERFORMANCE: Ahmed conceived his first Yellow Cow performance just to see how people would react. He went to a farm and, using saffron-based dye, coloured a white cow yellow before setting it free in the village. He then watched the delighted reactions of the villagers, which reminded him of the stirrings of his own imagination as a child in the mosque.

YELLOW COW BRAND: Believing the Yellow Cow was as relevant now as it has ever been, Ahmed decided to “set the story free.” He wanted to release the messages held within the Surah – kept alive in mosques and Qur’anic study groups for 1300 years – into the contemporary world. In order to make the story relevant to people’s lives in the 21st century, he created a brand and initiated a ‘line extension’ of mass-produced Yellow Cow cheese, butter, yoghurt and milk products – flooding the market and giving it a material presence in people’s homes, workplaces and local shops.

Ahmed explains, “In biblical and Quranic times a story was spread by word of mouth and recitation; to spread a story… or an ideology… in the contemporary world, one has to conceive a brand which will be recognizable in the marketplace.”

We live in a world where the golden arches are the most recognisable icon and a mere poke replaces a hug. This global system of intertwining networks creates a double edged sword. On the one hand, it has eroded any sense of authenticity and individuality and created an ethic of mass consumption and social irresponsibility. On the other hand, it presents an unparalleled democratising tool. This speed and ease of access in the recording and spreading of information has allowed for transparency and paved the way for bottom up change.

Our globalised world dictates a predetermined range, within which we find socially acceptable ways of being and seeing.  Through art and discourse, such notions are bravely challenged and questioned, hence the Bravery of being out of range.

The exhibition itself will group various artworks between three main conversations:

Over the last couple of decades, developments in new age media have formed global webs of social networks. Not only is there more variety and options in terms of which news channel you watch, which radio channel you tune into or which products you buy but the ease of access to them has grown. You are connected everywhere and anywhere 24/7 at the click of a button. A mould has been cast that’s sets us within a preconceived range, whereby our hunger for want and more of the same is never satiated. The following works portray such a relationship and the influence that media has, from the saturation of consumer products and Hollywood flicks to the ever familiar antennas erect across our skylines that have made such connectivity and way of life possible.

Such networks have influenced our everyday lives- not only in the way we live but in the way we interact with each other. From the box in your living room to the radio in your car and the camera on your phone, you are always connected. You are always at the giving and receiving end of information, opinion and developments. This is an incredibly democratising tool that encourages bottom up change- be it social, political or environmental. Billboards and advertisements have become the trees in our urban jungle and flying from country to country has become a convenient commute. This shows you the potential might of such media to not only reshape the physicality of our environment but also down to our core principles and values. It has become the driving impetus for sociability and reform.

This surge in mass consumerism has gradually led to the break down and erosion of any sense of authenticity and individuality. For such a world made up of numerous polarities, to have a single socially accepted range leads to difficult and dangerous outcomes. Divergences will arise and lead to rises and falls, breakdowns and revisions. The same tools that connect the world, can also disengage it.