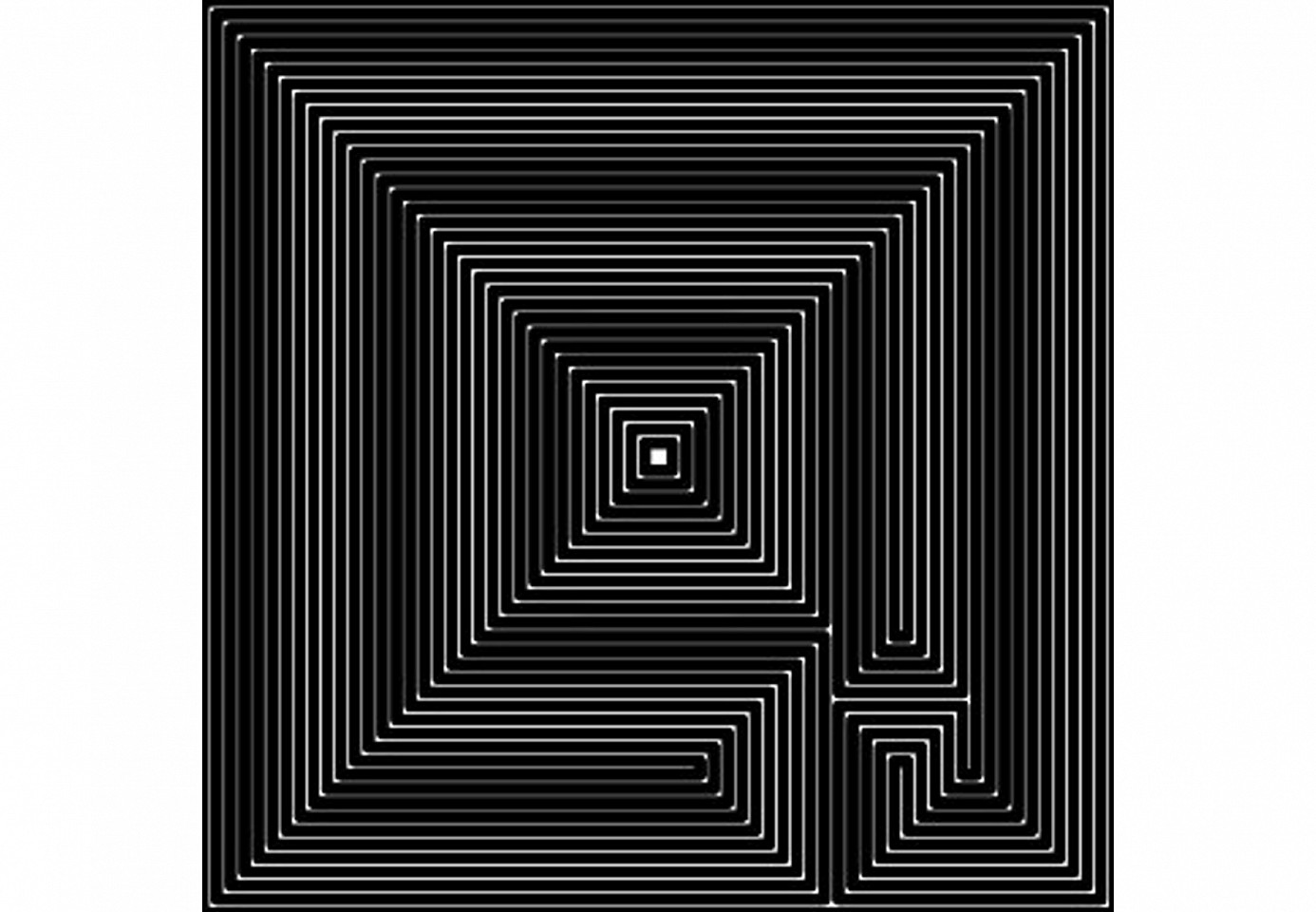 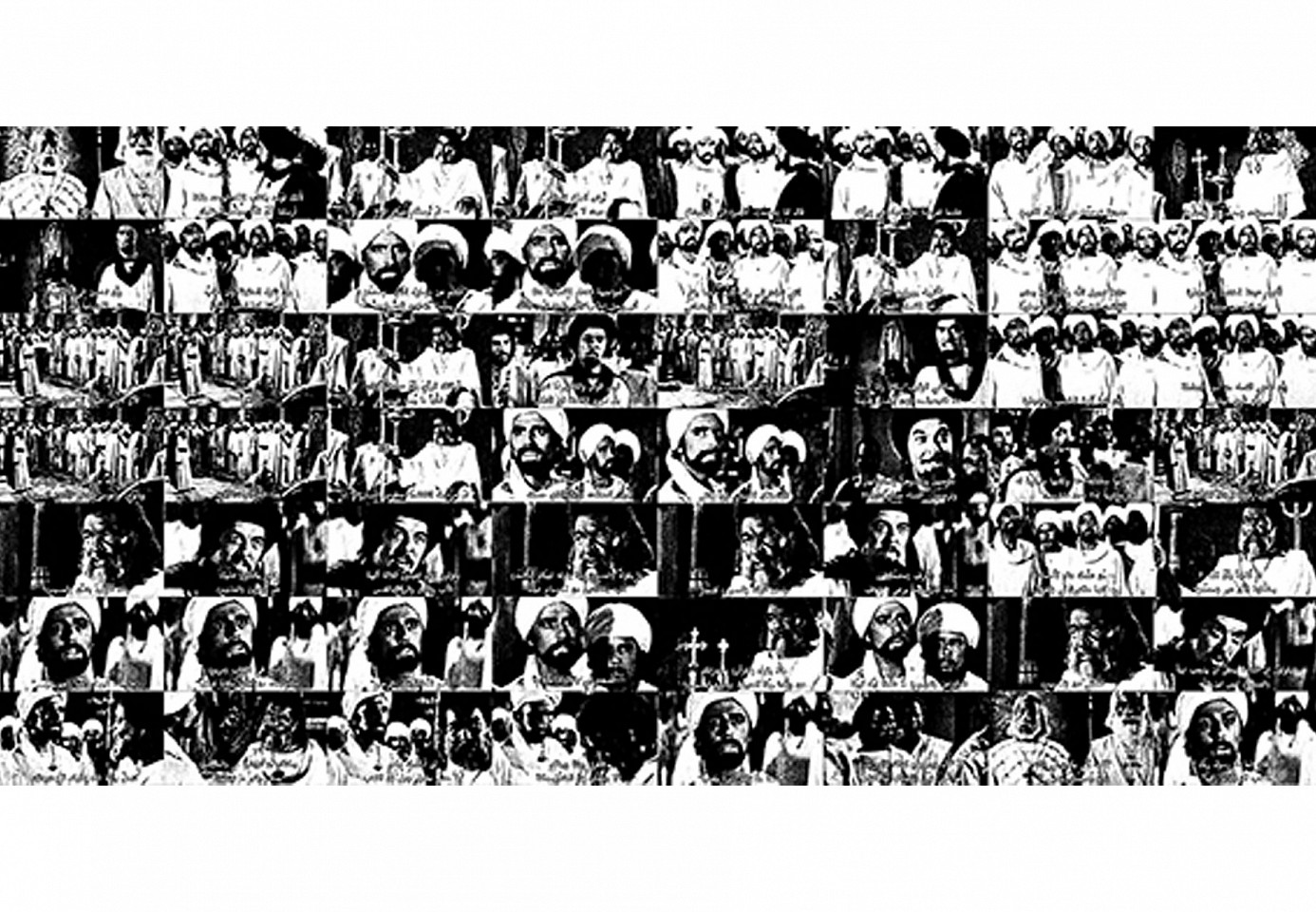 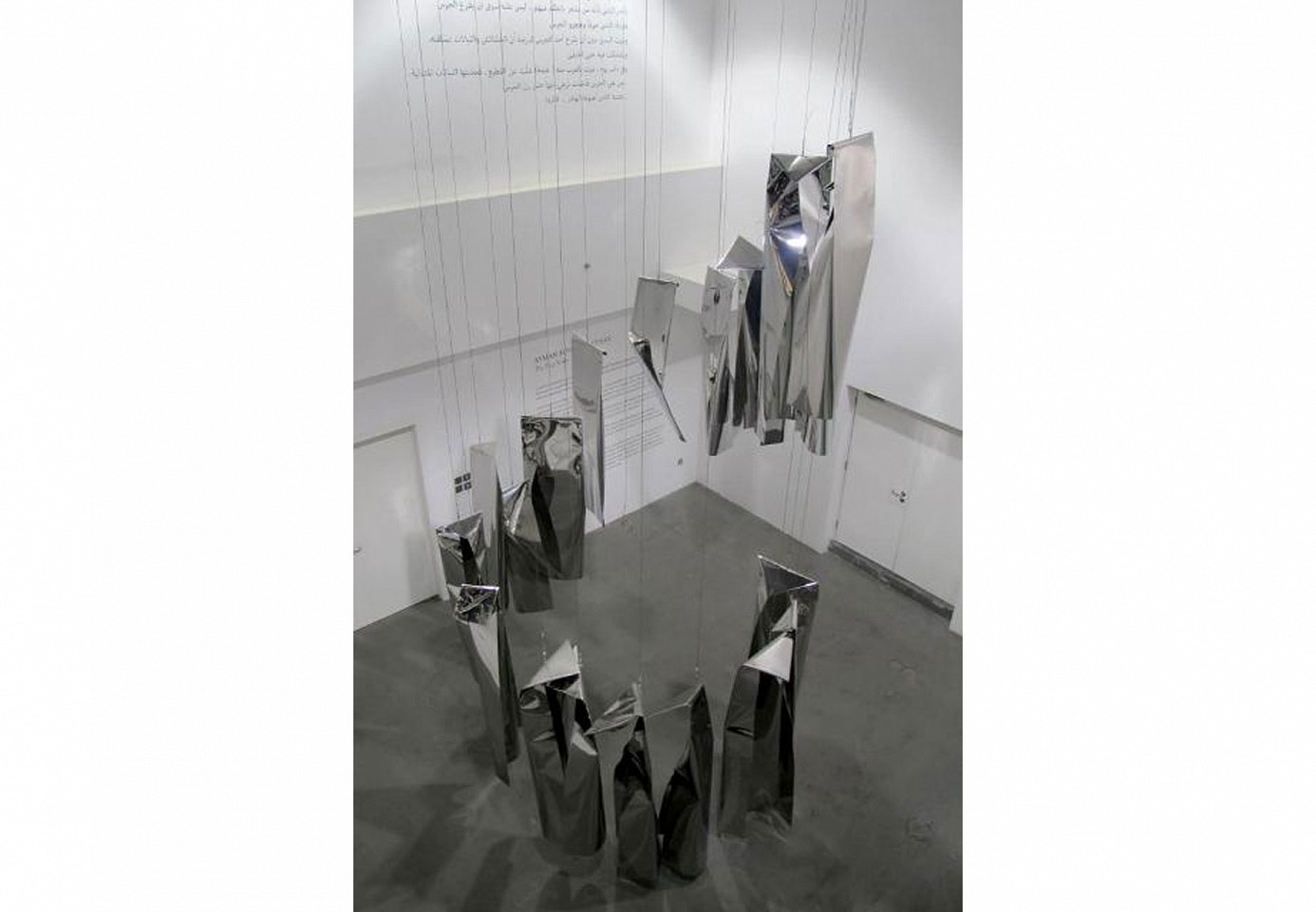 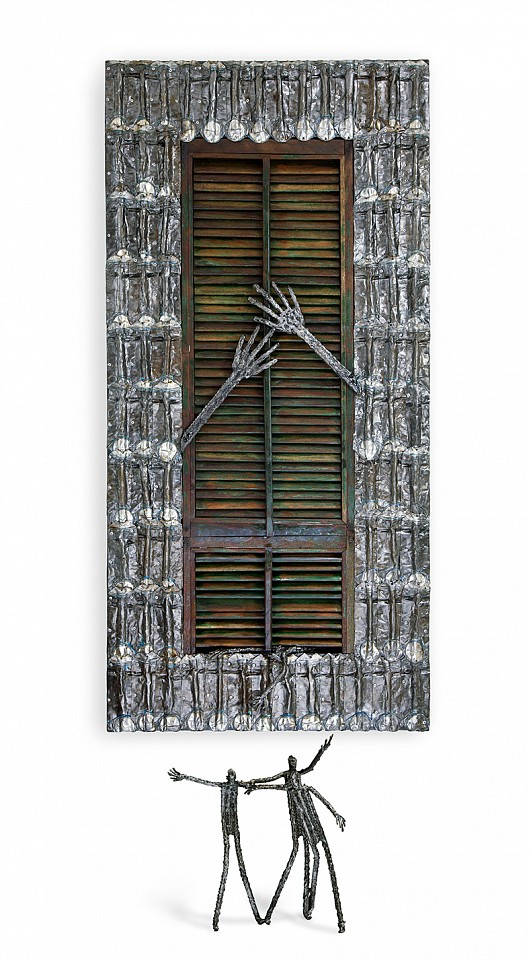 From the sub-series Dialogues of Subtitles series, Variation 2

From the sub-series Dialogues of Subtitles series, Variation 2

The basic function for the Arabic language associated with a foreign language film shown on the screen... is translation. It works in the context of the film as a narration of the story and an explanation of the action that accompanies it  ... and thus the meaning of the picture precedes that of the language and specifies it.

The language, when deducted from its cruel context and re-exported with the image of the new still captured photo, changes its function from confirming the meaning to producing it, by transforming itself to a unique source of new mental images with no past or function.

Athr Gallery, contemporary art gallery based in Jeddah, Saudi Arabia, will be showcasing works from five artists during Abu Dhabi Art from November 7-10, 2012.

Multimedia artist Ayman Yossri Daydban will be presenting Abyssinia a collection of stills from Mustafa Aqqad’s cult movie ‘The Message’, which narrates Islam’s first
encounter with Christianity. The meeting signifies a moment of complete mutual
understanding, devoid of argument, resentment and animosity. The artist merely gives us a snapshot of a little-known but momentous event in history, but the result is the viewer’s inevitable acknowledgment of the contrast between the past and the present.

Ayman’s The Bell installation in “Beyond” (a unique addition incorporated into this year’s Abu Dhabi Art Fair) appears as a large spiralling wind chime that hangs from the ceiling. Instead of the chime tubes, the artist uses metal constructs of the Palestinian flag. The flag is made of metal sheets that are folded to create the recognizable triangle, and are produced without the precision of welding, but rather the artist uses his own strength and body weight to bend the metal with his bare hands, often injuring himself in the process.

Artist Maha Malluh’s Tradition & Modernity is a series about society’s transformation from tradition to our present modern day. The artist uses photograms; toying with objects and experimenting with different arrangements which become a playful expression of collective and personal experiences. The objects chosen in these photogramic collages include trinkets relating to Saudi Arabia’s cultural heritage and present experience of modernity. Malluh is greatly influenced by her spiritual connection to the historic region of Najd, with its strong religious and cultural heritage, colourful patterned fabrics, and old Najdi architecture, all elements that greatly influence her art.

Nasser Al Salem, a calligraphist, creates a masterpiece with God is Alive, He Shall not Die. Salem’s work represents his continuous attempts at understanding the omnipresence and omnipotence of the creator. His primary focus is not only to show the beauty of the written word, but the message that it conveys. Salem’s practice pushes the boundaries of this age-old Islamic art by re-inventing it in non-conventional mixed media forms and by exploring its conceptual potential. Continuing his theme, Kull, meaning ‘all’ or ‘everything, explores the complex, all-encompassing meaning and implication of infinity. The impression of never-ending repetition is not merely a reflection of God’s abundance on Earth, but an indication to look both further, and deeper, to penetrate the mere appearance and surface of things, to discover the hidden messages that all aesthetic creation hold.

Sami Al Turki’s Home depicts images of lasting unfinished constructions. His concept is to make the viewer think about possible monetary problem within the city, a recession of sorts, a problem in the form of a disobedient nature, corruption and dishonesties that question morals. The city must be going through or has been for some time, a kind of collapse, in order to build such buildings and leave them either incomplete or semi abandoned for a prolonged periods. His Washaeg series which will also be displayed speaks of an empty world with an apocalyptic vision for global culture. His lens captures the void, which was once built on with majestic structures. What is left are fortified walls encircling nothingness.

Saddek Wasil will be showcasing his Windows sculpture. Wasil’s powerful sculptures
often exuberates a rejection of binding stereotypes, an iron will to defeat material
subjugation to achieve spiritual freedom. His artwork is not to be understood as a present state, it holds the promise of future success in overcoming chains, locks and closed boundaries. Saddek is influenced by his surroundings and the happenings of the world around him, with particular focus on humans and human emotions.