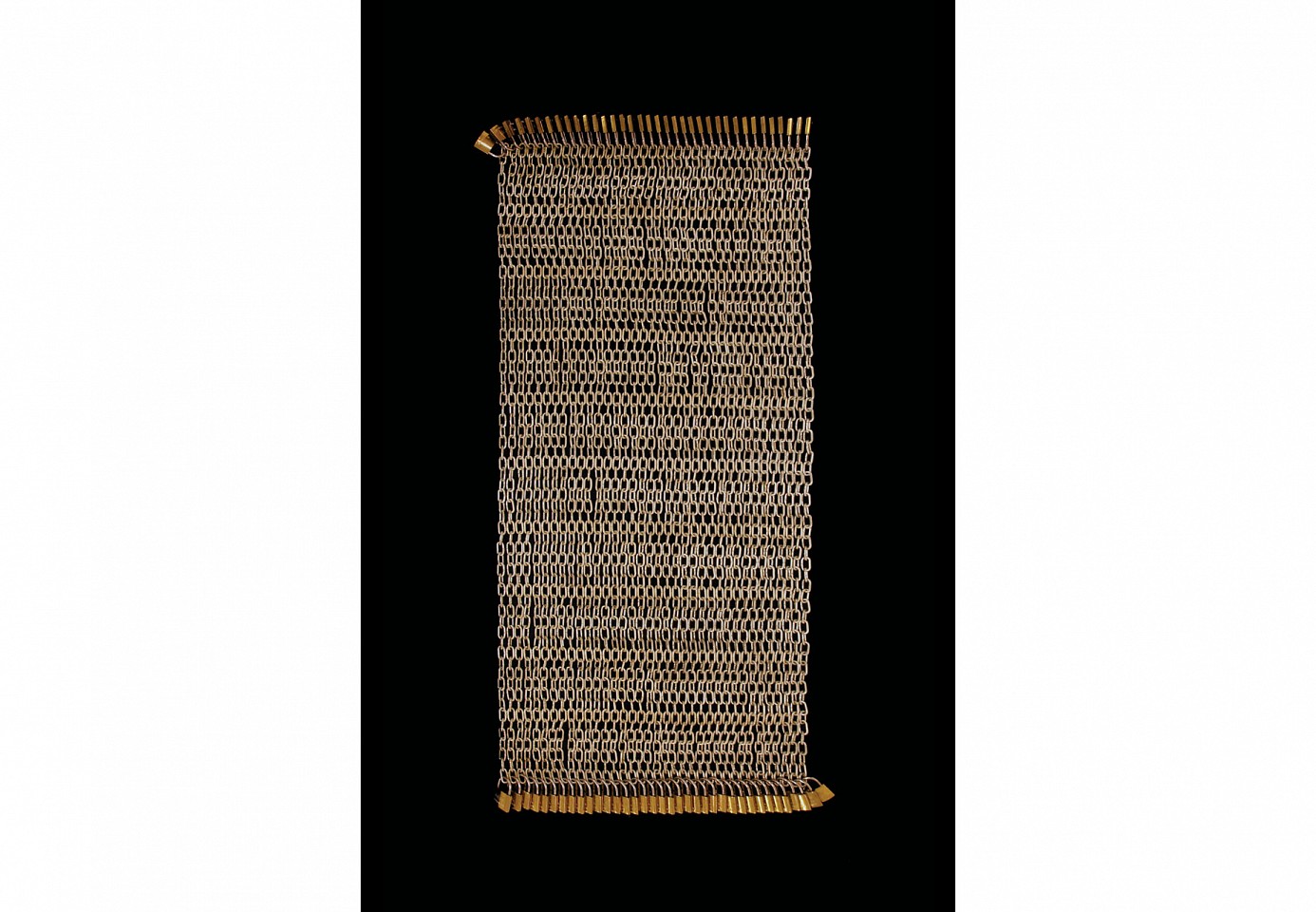 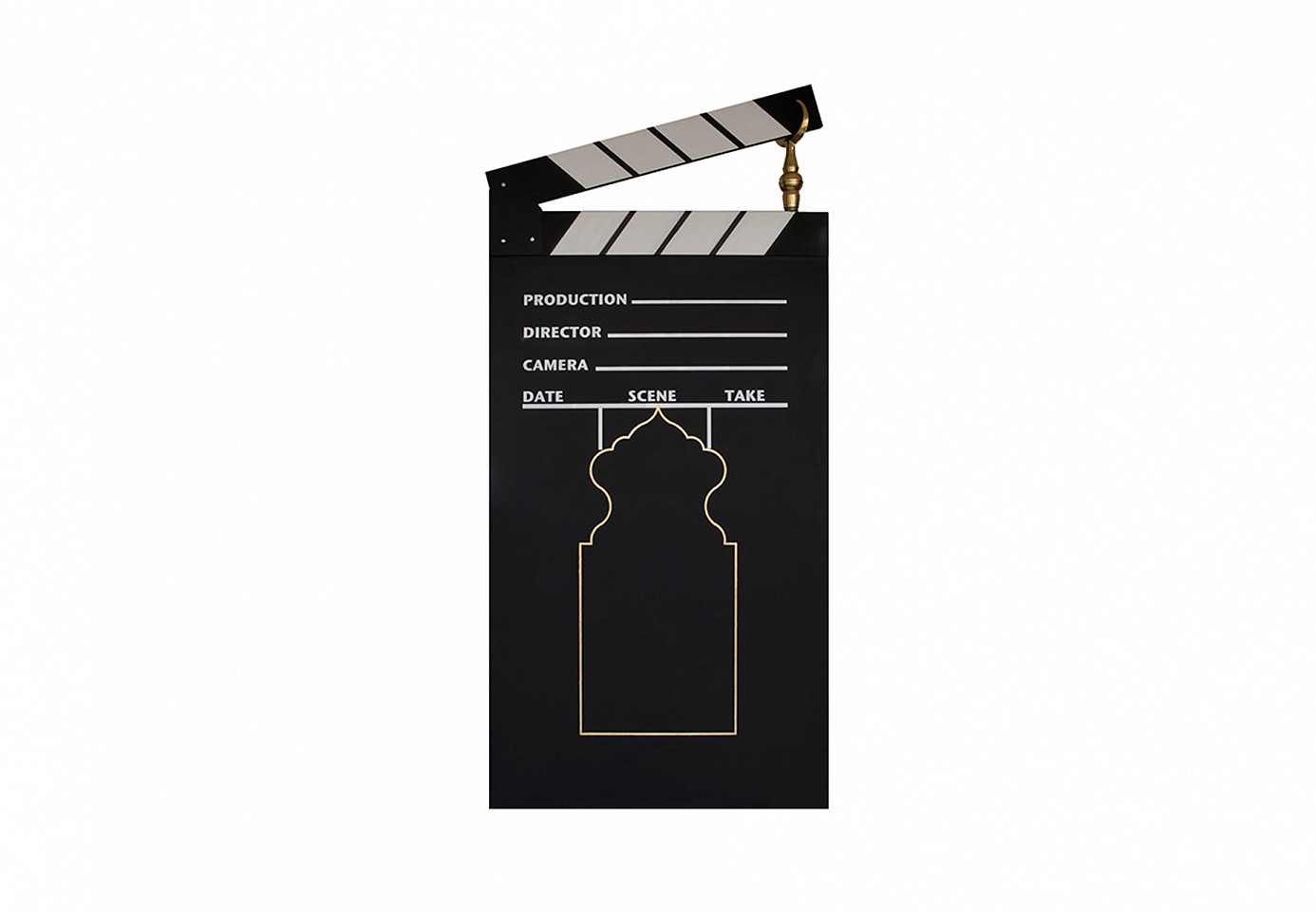 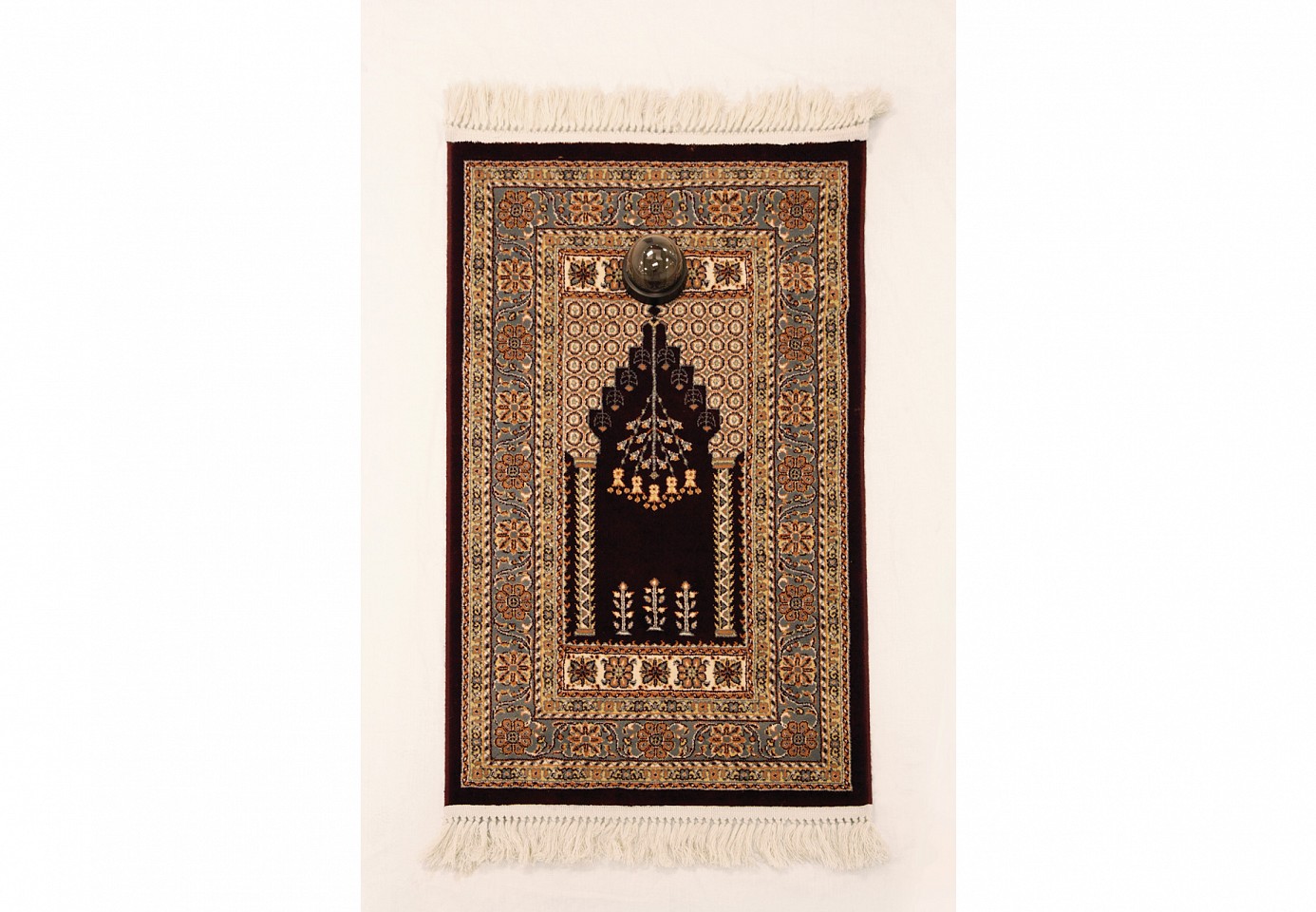 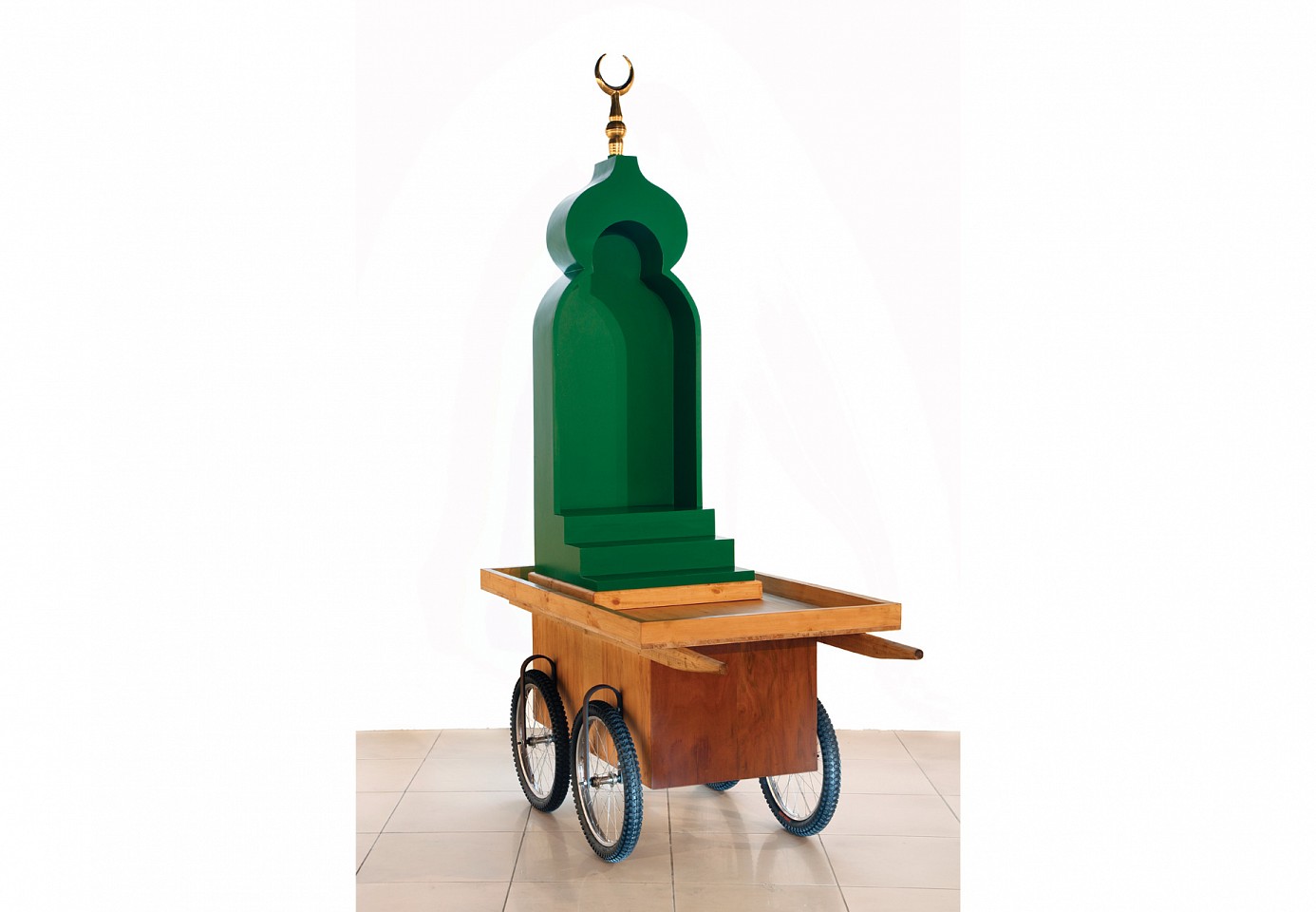 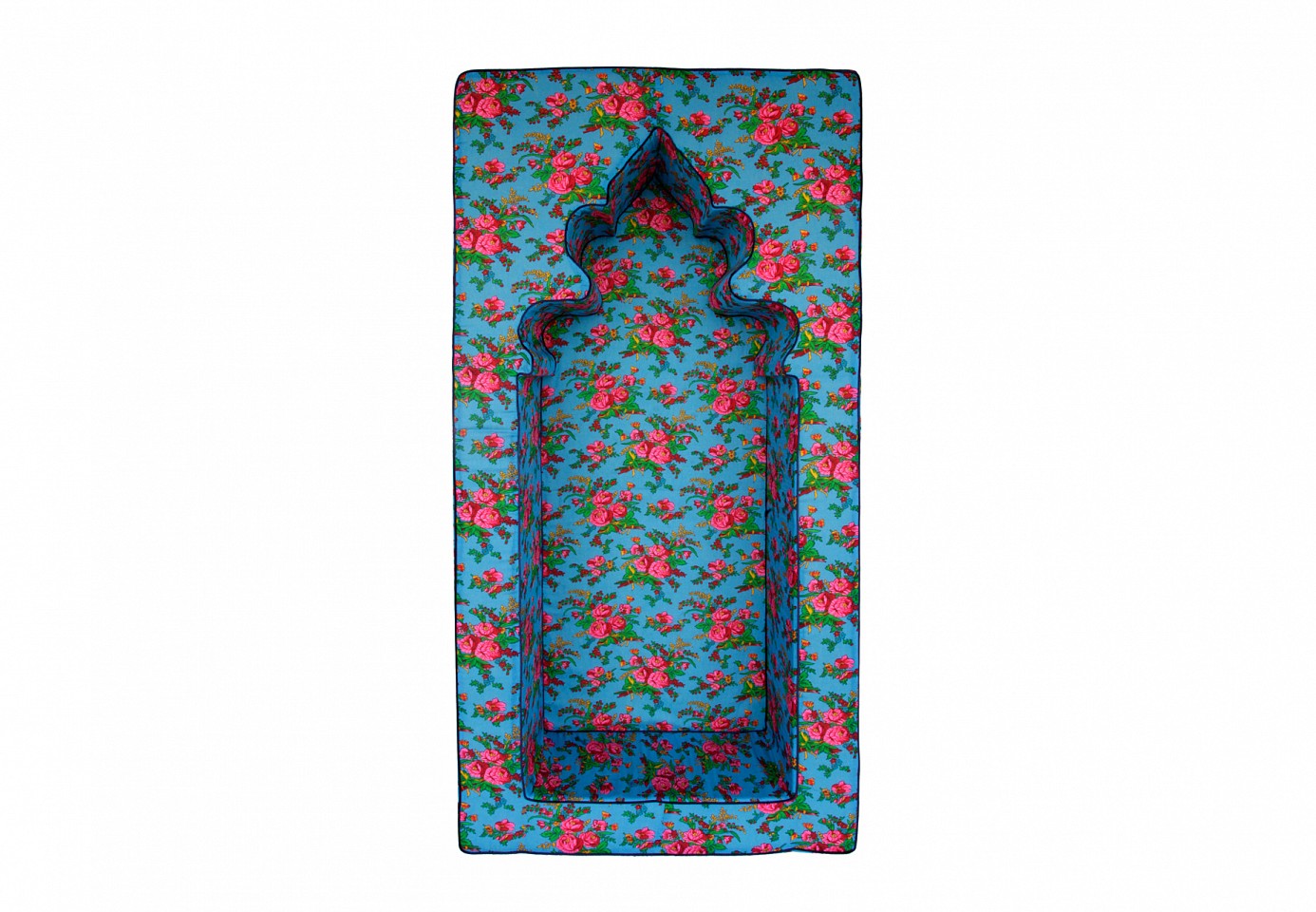 Suspended issues, unresolved not because of their sanctity or impermissibility but because of the exploitation of religion by a few through the use of textual references, stripped of their content, thinned out, and infused with a different set of values. The result is a frozen scene in multitudes of scripts, written and constantly rewritten but unable to reach closure.

The top of the mihrab weaved in prayer rugs leads the believer to the direction of Mecca. It is where the believer rests his or her forehead in prostration to God in an act of humility and humbleness. Yet the artist highlights that the sanctity of meditation has been violated by advocates of control in the name of security. The human being is being deprived of the basic privacy in the rendering of the most intimate functions, rending concepts of liberty and freedom obsolete. As surveillance is the order of the day, and as behaviours change at the perception of a public, could individuality and free spirit still exist?

The mihrab (prayer niche) is the most important element in any mosque as it indicates the direction of Mecca, towards which every Muslim has to orient him/herself to perform the rituals of prayer. Perched on top of a fruit & vegetable cart, the installation refers to the cheap ideologies, seasonal beliefs and lack of direction that have swept over the artist’s world, playing with subservient minds in a game of pursuit of power, supremacy and profit.

Musaed Al-Hulis's work is work of caution against moral corruption and ideological distortion within a social infrastructure being stripped of its fundamental values, thinned out and infused with fallacies.  The artist frequently questions the status quo of accepted realities. His work encourages an acknowledgment of current excesses and a realization of the potential for adopted practices to ricochet onto an entire society, further contributing to its destruction.

Due to his extensive activity in support of the arts movement in Saudi Arabia, Musaed Al-Hulis has received several certificates and awards of appreciation, and in 2011, he received an acquisition’s prize during the Contemporary Islamic Art Exhibition.