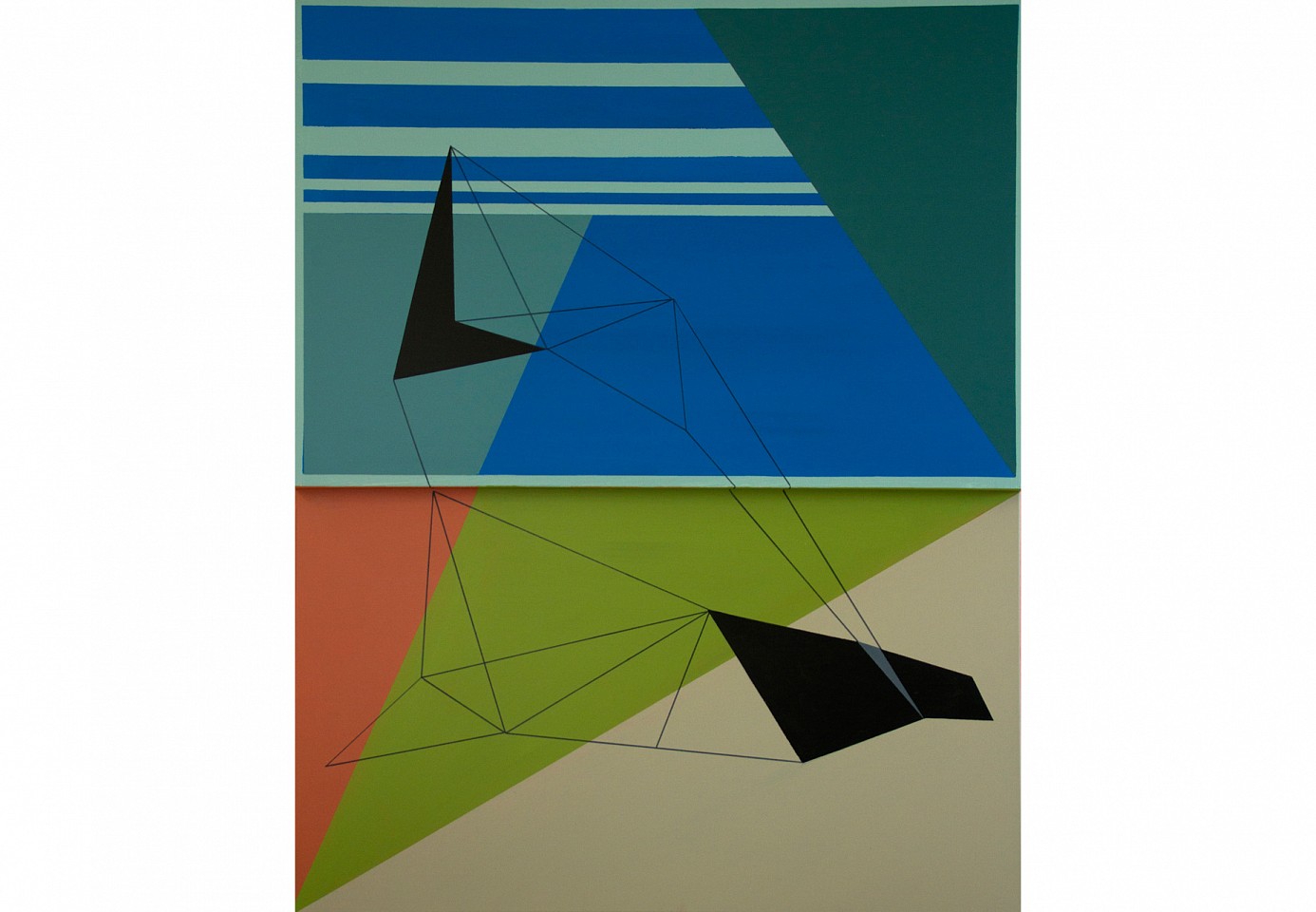 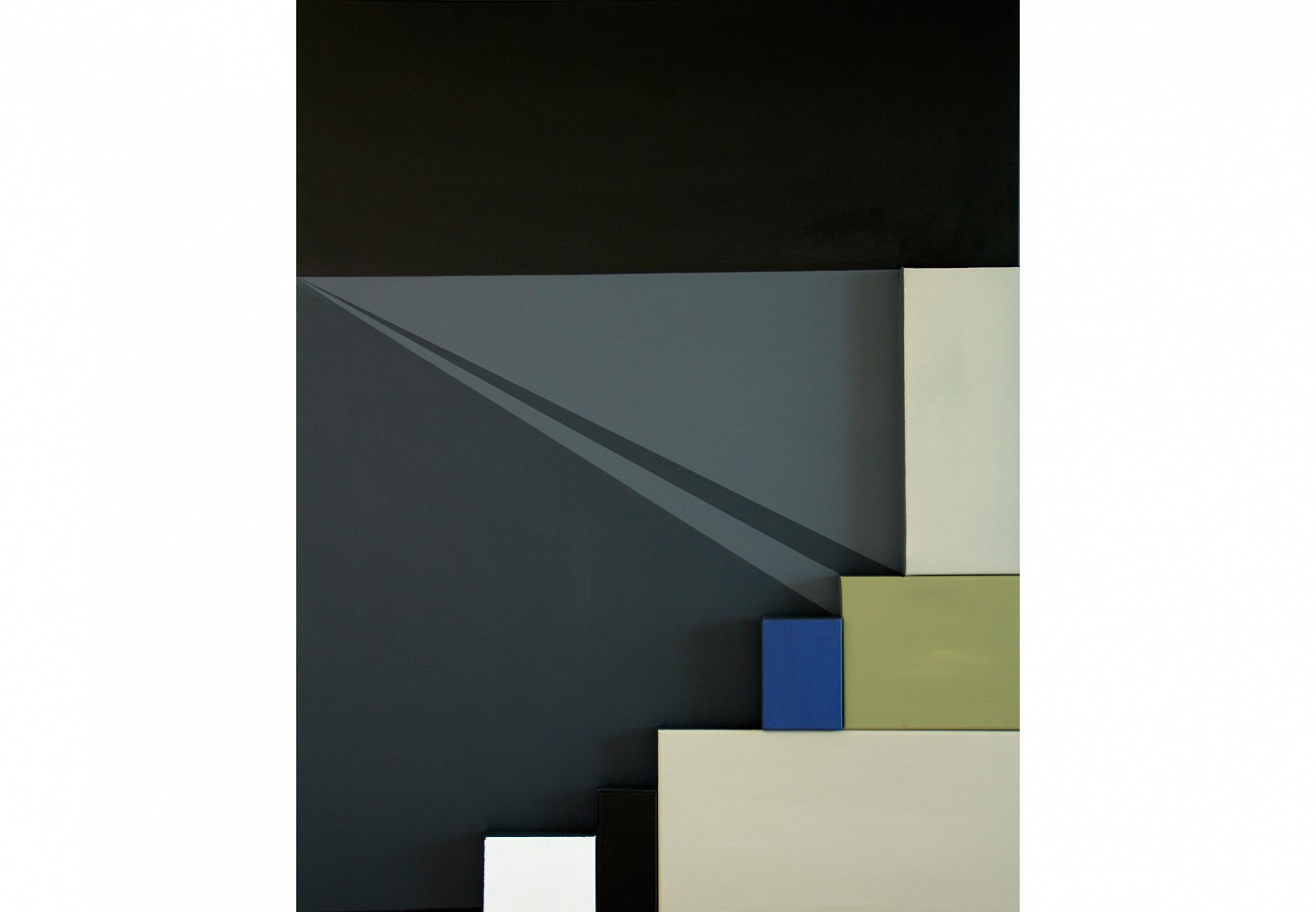 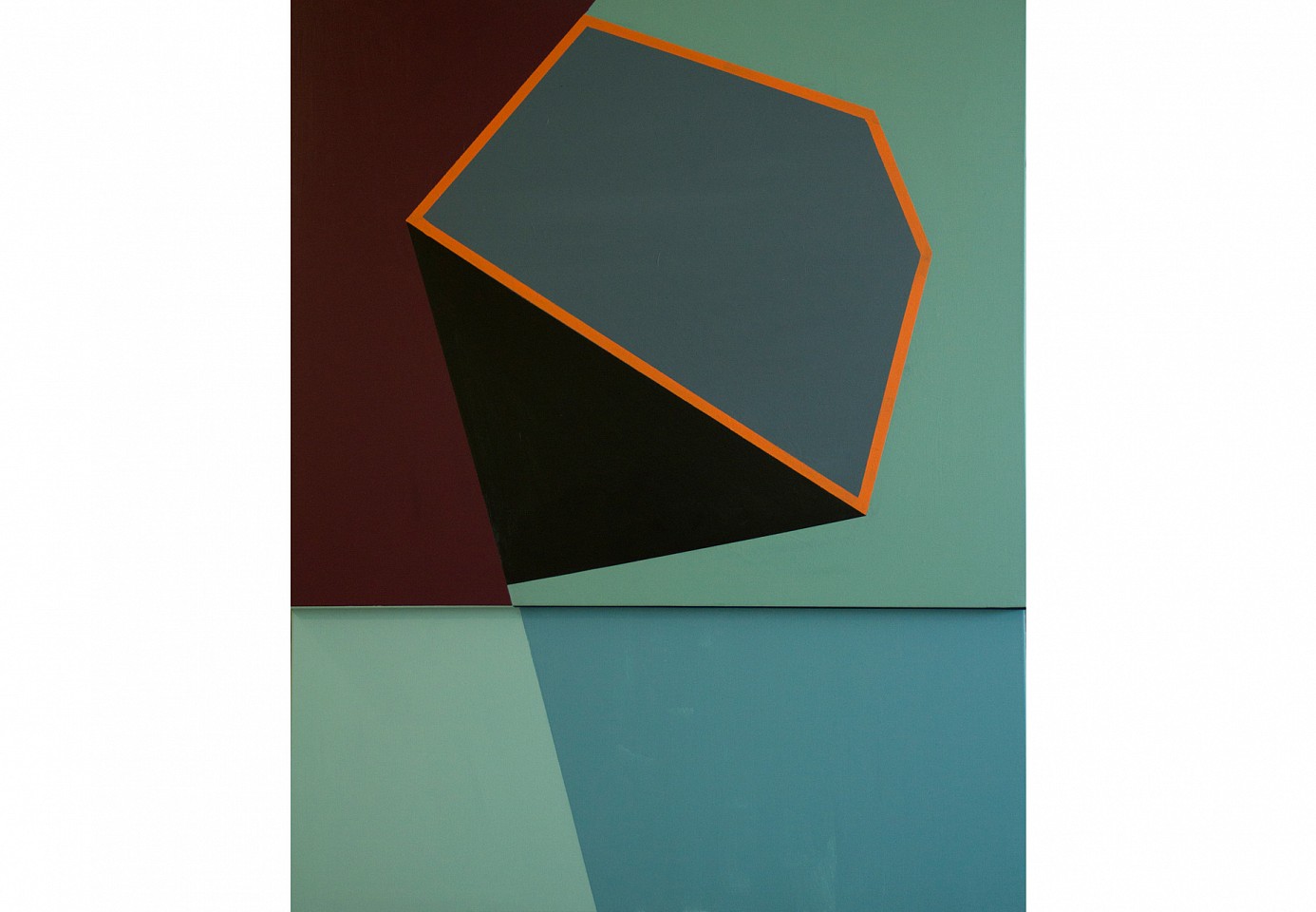 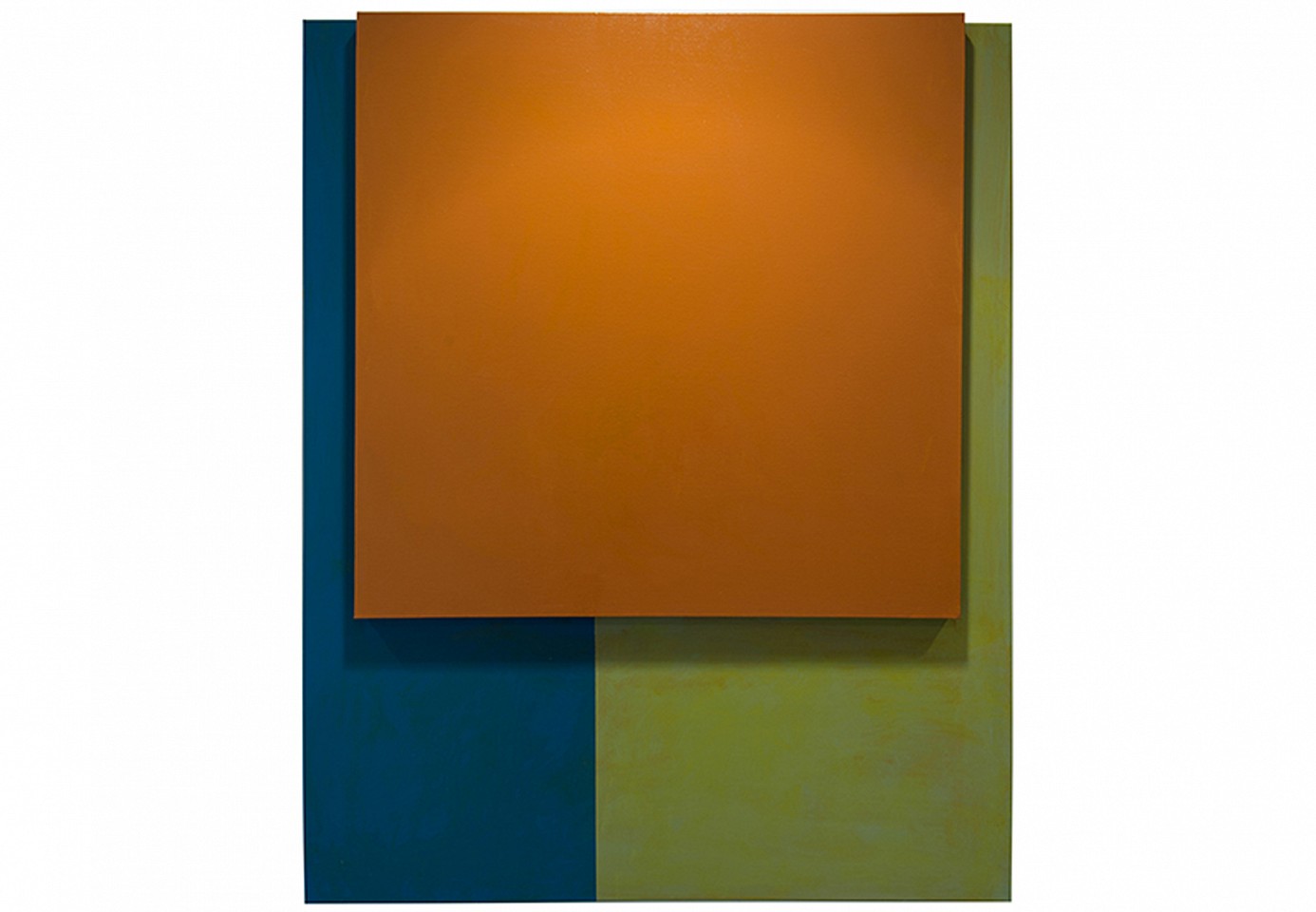 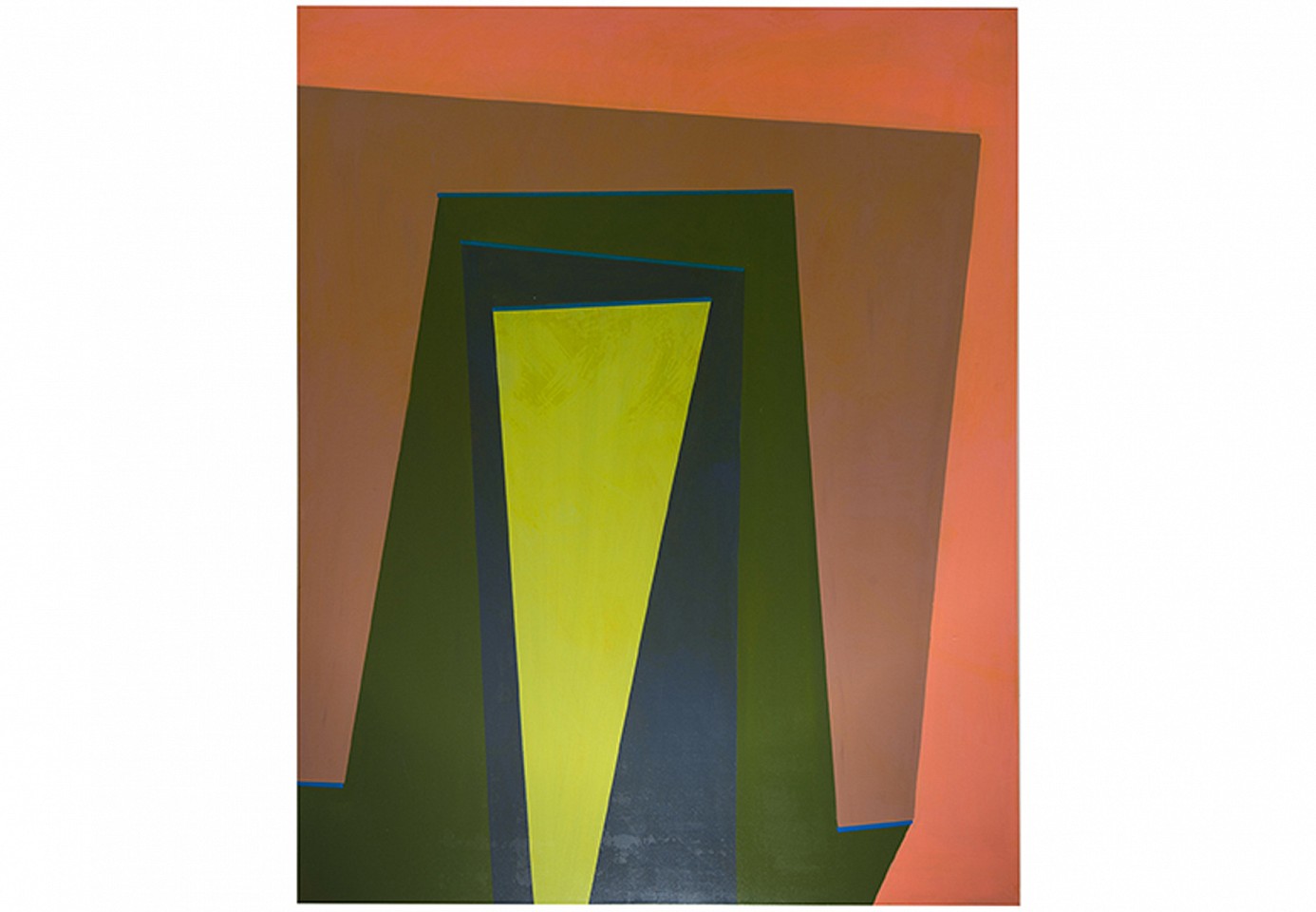 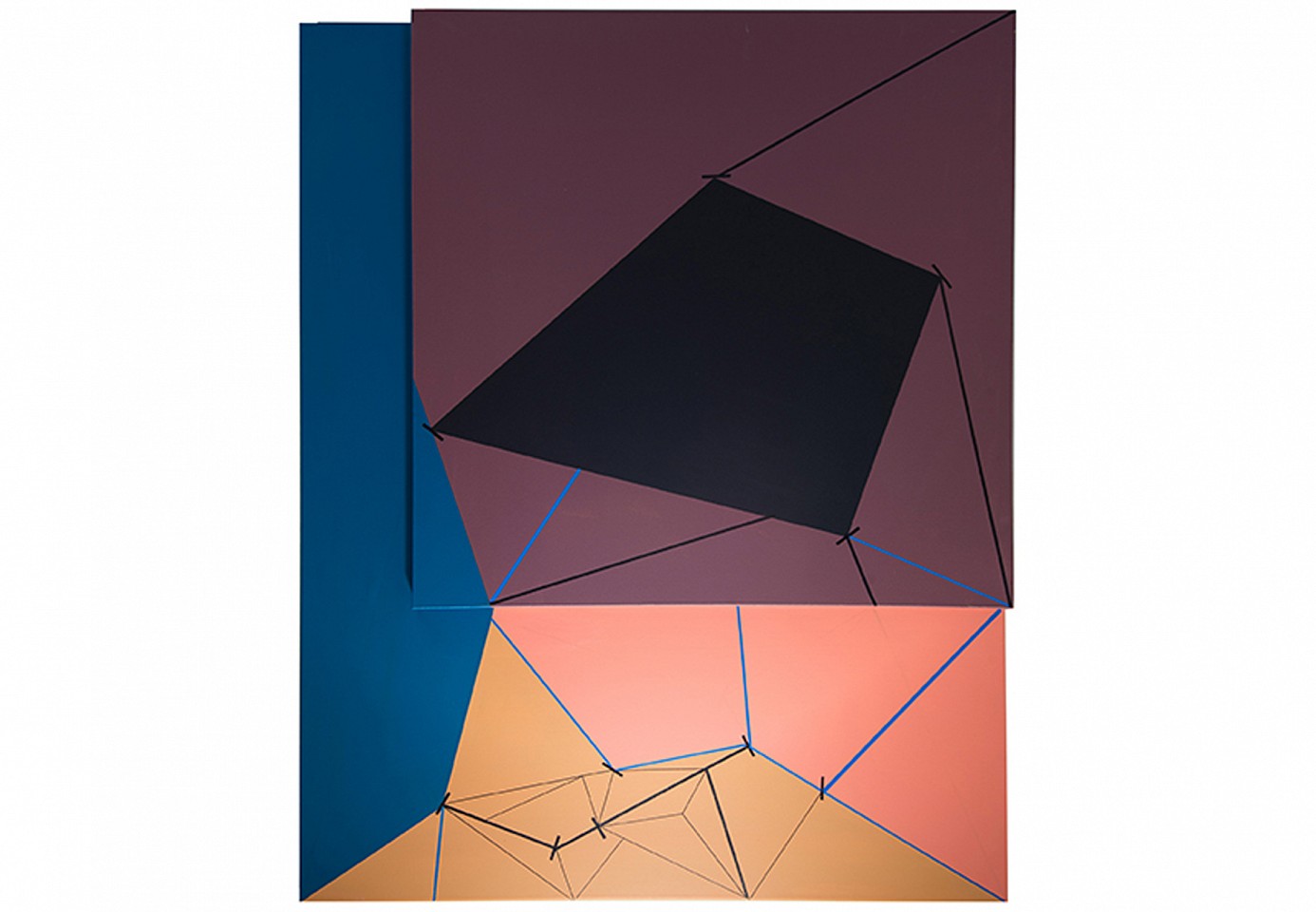 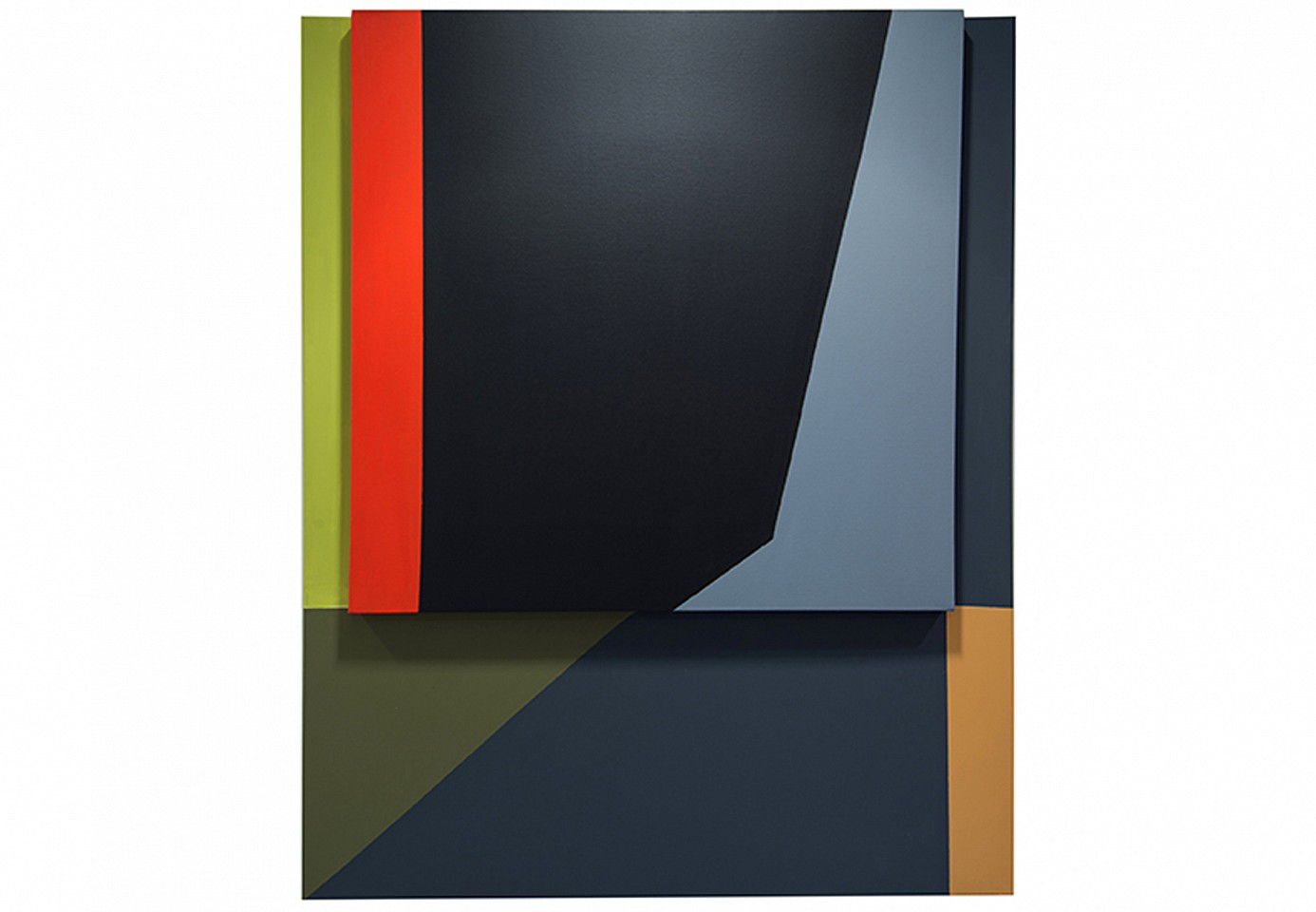 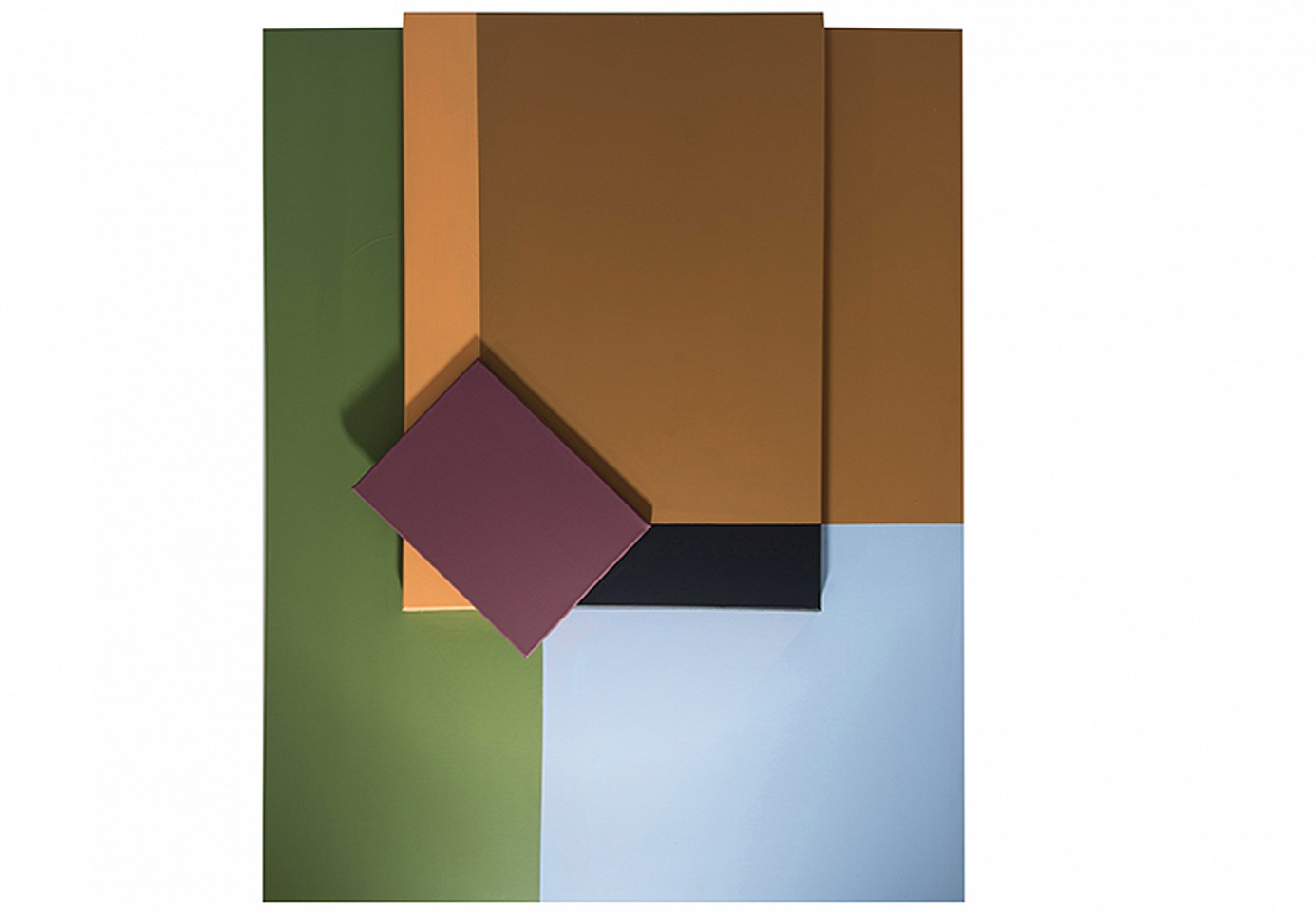 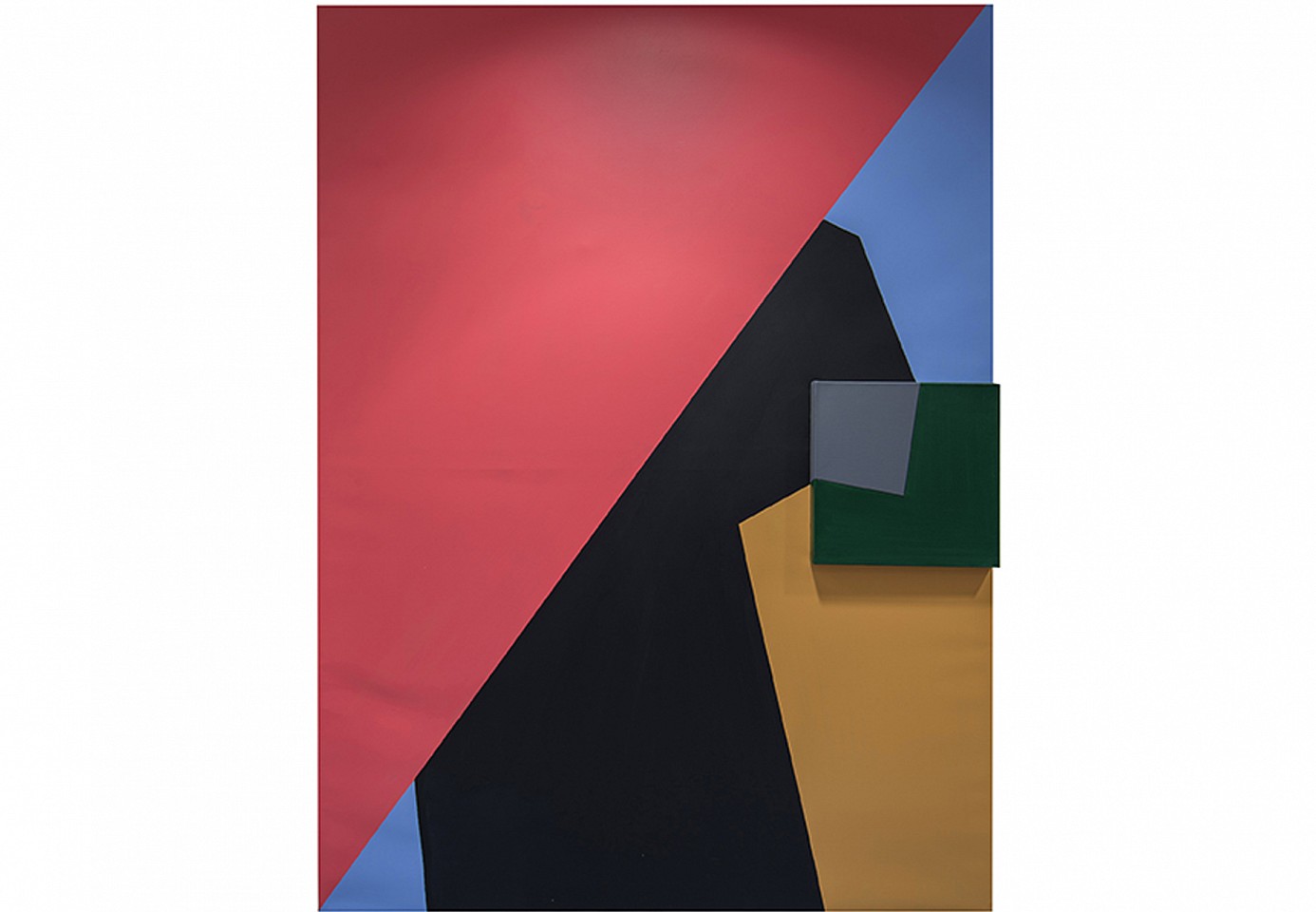 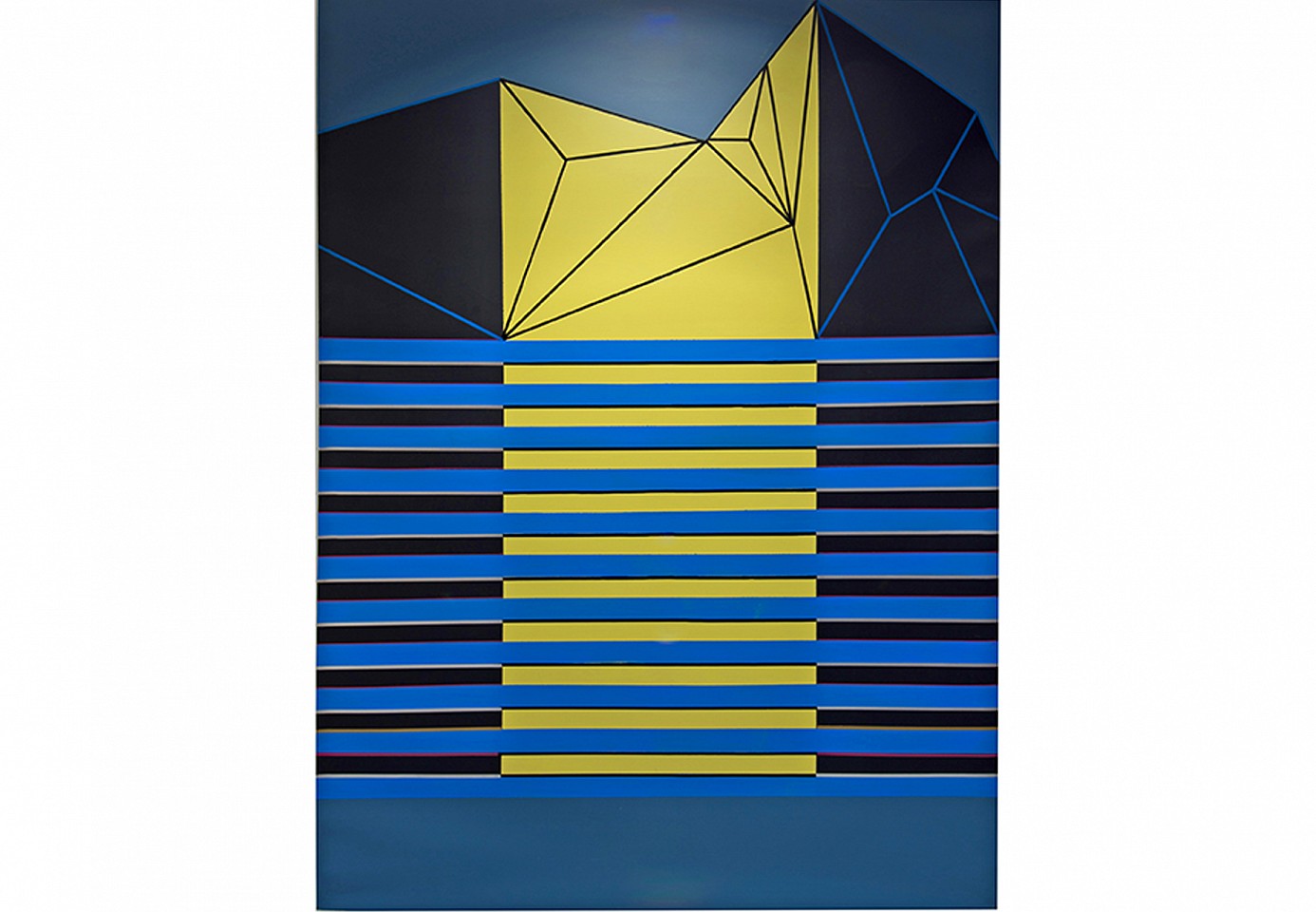 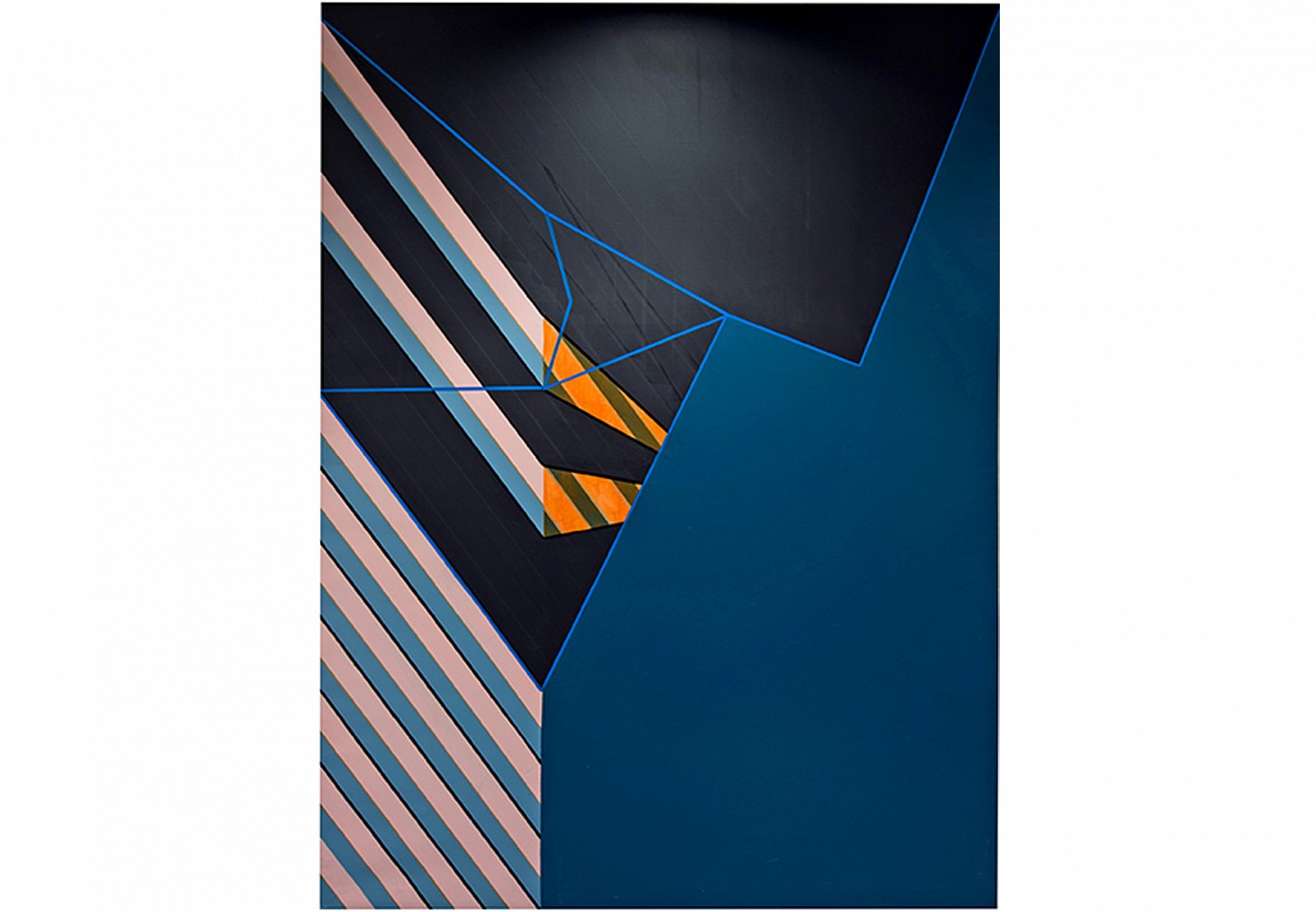 Al Baseera, Hazem Harb’s first solo exhibition in Saudi Arabia, presents a significant body of work completed over the last eighteen months.  The three dimensional paintings are the artist’s first interpretation of Islamic geometric patterns. Squares, rectangles and combination of shapes are mounted in multiple layers over the base canvas or painted directly in bright acrylic colors.  Harb’s exceptional gift for utilizing color to evoke a sense of loss and turmoil, as in many examples of previous works such as Invisibility, takes on a profound introspective turn, a personal spiritual meditation on color and form.

The title of this series Al Baseera is derived from the Arabic word ‘basar’ which means looking as well as seeing through something whether an object, an event or an idea. In this exhibition, Harb invites the viewer to look deeply and reflectively, to admire ‘art for arts sake’ to immerse oneself in the series of paintings that celebrate the aesthetics of geometry. Here, there are no overarching themes of suffering. In contrast to works that explore human conditions of loss and oppression, in AlBaseera, the visitor transcends the present to engage in a contemplative Sufi interpretation of geometrical abstraction.

In several pieces Harb reverts to his ongoing exploration of vertical shapes, which in this series take a less somber presence than in the work I can Imagine You Without Your Home (2012) where they reference walls that separate and isolate.  In AlBaseera the column shapes are topped with geometric designs and superimposed with a series of horizontal and diagonal lines either in white or in blue suggestive ofSol LeWitt’s influence on Harb’s work.  As if he intentionally disguised them.

Within the span of one month (April 2014) Hazem Harb’s work was presented at Durham’s University Orientalist Museums, at Dubai Art Fair “Live Art Window” where he painted a four meter long mural in a public space at Jumeirah Beach Residence and at FotoFest 2014 in Houston. All three exhibitions epitomize Harb’s determination to excel, to question and to create new experiences through his art. His oeuvre grounded in the human condition leaves us pondering the cruelty of man, the futility of war, the consequences of apartheid and the cruelty of isolation in refugee camps of migrants in Europe or the people of Gaza living as refugees in their own country.

Since Harb left Gaza in 2004 his art was influenced by his loss and by being forced to live away from his home. In the last five years, he has worked incessantly producing a large body of works that ranges from video art, to photography, paintings and sculpture, his work focused on this separation.   According to Harb, “Al Baseera is a journey to challenge myself to seek a deeper understanding of Islamic art and its dialogue with abstraction.”

The outcome is this outstanding exhibition that offers a rich visual experience.