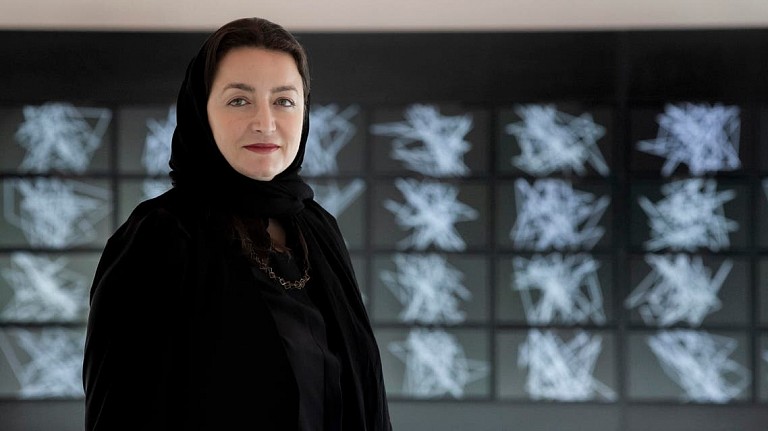 Al Arabiya English caught up with Daniah al-Saleh on the eve of the opening of Art Dubai.

“I was a painter and my main medium was watercolor and gouache. I produced a lot of paintings in geometrical and abstract shapes. Then I moved to London, where I moved my studio and art practice as a full-time artist. There, I pursued a Master’s degree in Computational Arts at Goldsmiths, University of London. Studying coding and programming opened up my creativity box,” she said.

Speaking about her journey, she said that she “moved from the material canvas to the virtual canvas, which is the screen. That’s how Sawtam happened.”

Al-Saleh described winning the Ithra Art Prize as “an amazing experience,” and expressed her excitement about the work going into their permanent collection, saying that it is a big privilege. “Being present during Art Dubai 2019 is a fantastic experience as well,” said al-Saleh.

A panel talk on the Ithra Art Prize is scheduled to take place at Art Dubai on Friday, March 22. To al-Saleh, the Saudi art scene is exploding and it is the time to be there. “There are so many initiatives, with the support of the government. It is an amazing time to be an artist in Saudi Arabia and I hope this will encourage many artists living there to pursue art. There is a lot of undiscovered talent as well.”

She also stressed on the strong historical ties between Saudi Arabia and the UAE. “We all have the same culture as well. Having Saudi artists come here and exhibit their work is a huge opportunity.”

On her winning work, Sawtam, al-Saleh said that “the phoneme is the tiniest unit of sound when you pronounce a letter in the alphabet. What I wanted to highlight is that usually my work is about the things we take for granted, and language is one of them. We use language to communicate and to express our emotions every moment of our living time.”

Once the open call for the 2019 Ithra Prize was issued, al-Saleh worked on the proposal for almost four weeks, doing some research before sending the proposal. “Once I was selected in January, I had to finish the work as soon as possible, which took more than two months.”

Her previous works have been watercolor painting on canvas. Hence Sawtam, according to her, represented crossing the boundaries. “It is the influence from what I am studying now,” she said.

Born in Riyadh, al-Saleh studied Computer Applications at King Saud University. She moved to Jeddah to join the prestigious Dar Safia Bin Zagr, the atelier run by the renowned Saudi artist Safia Bin Zagr. She took many art courses there as well as abroad.

Al-Saleh has not been exhibiting a lot in London as she is focusing on her studies, but her shows are held in the Middle East, with interest in her art coming mostly from Saudi Arabia and the UAE.