Common Grounds - An exhibition of the Museum Villa Stuck 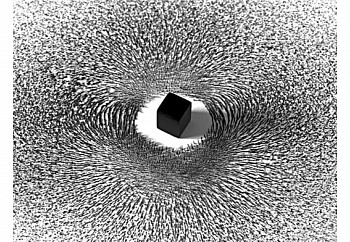 Hover for a preview..

The rising cities of the Gulf region on the one hand and conflicts in the Middle East that are carried out in the public arena on the other are ever-recurring themes of media coverage. Both in terms of their content and through their manipulative aesthetic the often extreme images shape our western view of the region.

The exhibition counters these images with artistic works that show a different, more multifarious approach to reflecting on social conditions. For it is also possible to perceive the change in this region as a re-structuring of the global order. Ultramodern urban construction and mass demonstrations are subjects that point to tradition and global aspirations. There is a noticeable expansion of artistic image-making to include overriding themes: that is, space itself and the features and possibilities of public space, as the individual positions him- or herself within society which sets limits and defines maneuvering room, both literally and figuratively.

The collecting and archiving of objects which increase in value due to their personal selection and presentation describes a subjectively structured and sometimes biographical narrative style, which as a result reflects and condenses collective historiography. There is a biographical element involved here, too, as some of the artists included in the exhibition do not live in their native country: their view from the outside allows them to subject their own experiences to scrutiny and to process such analytical reflections in artistic terms.

The artists included in the exhibition are active internationally. Beyond regional references, they present their take on social issues. Their view from the outside allows them to subject their own experiences to scrutiny and to process such analytical reflections in artistic terms. The exhibition title refers to the concept of „grounding“ in communication theory, which posits that communication partners share mutual knowledge, making it possible for a dialogue to lead to a successful result.

The exhibition is accompanied by a bilingual (German/English) catalogue that examines this aspect in more detail and introduces the artists based on individual entries. The catalogue will be publishd by the reknown art publishing house Hatje Cantz. A interdisciplinary programme will accompany the exhibition as well.

An Exhibition of the Museum Villa Stuck