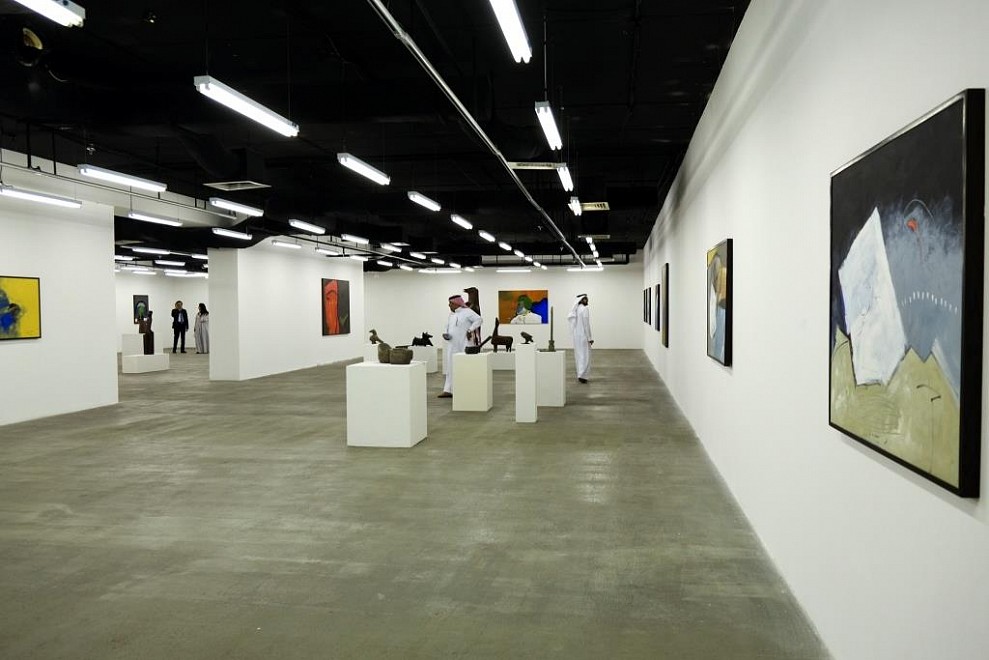 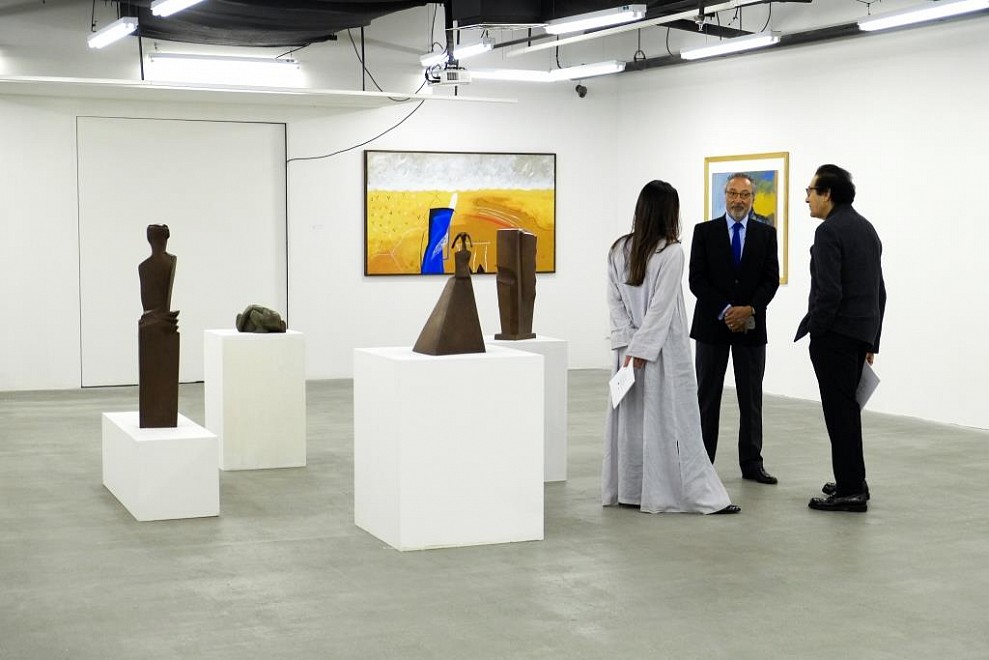 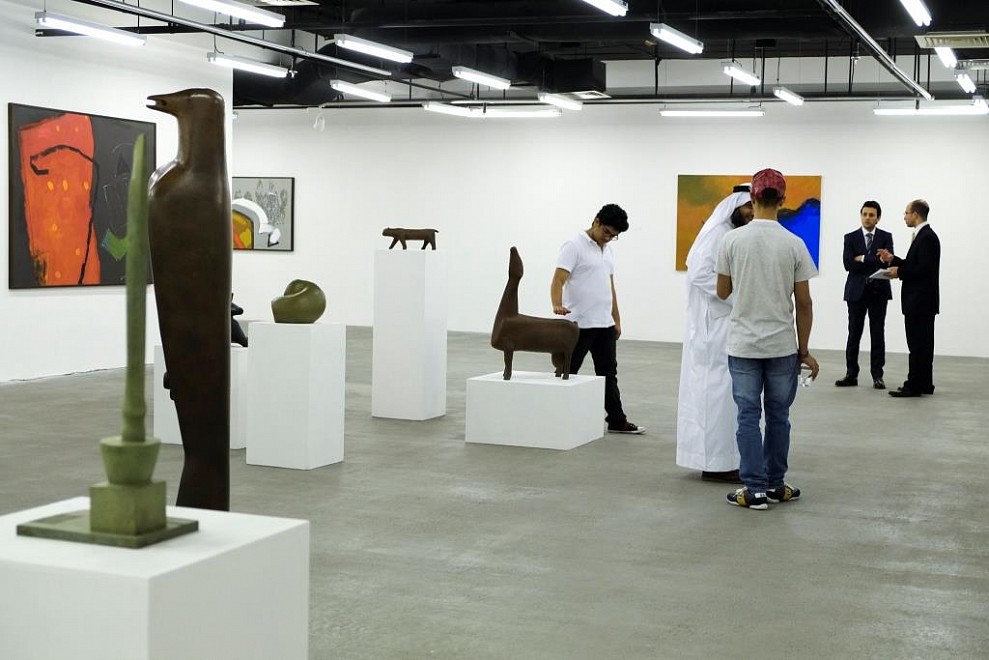 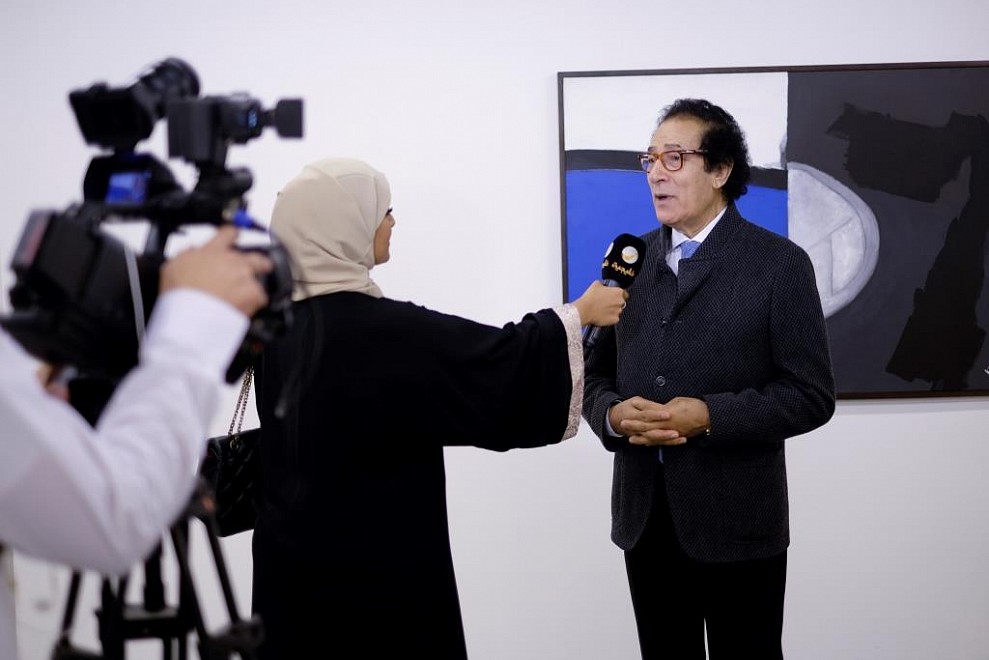 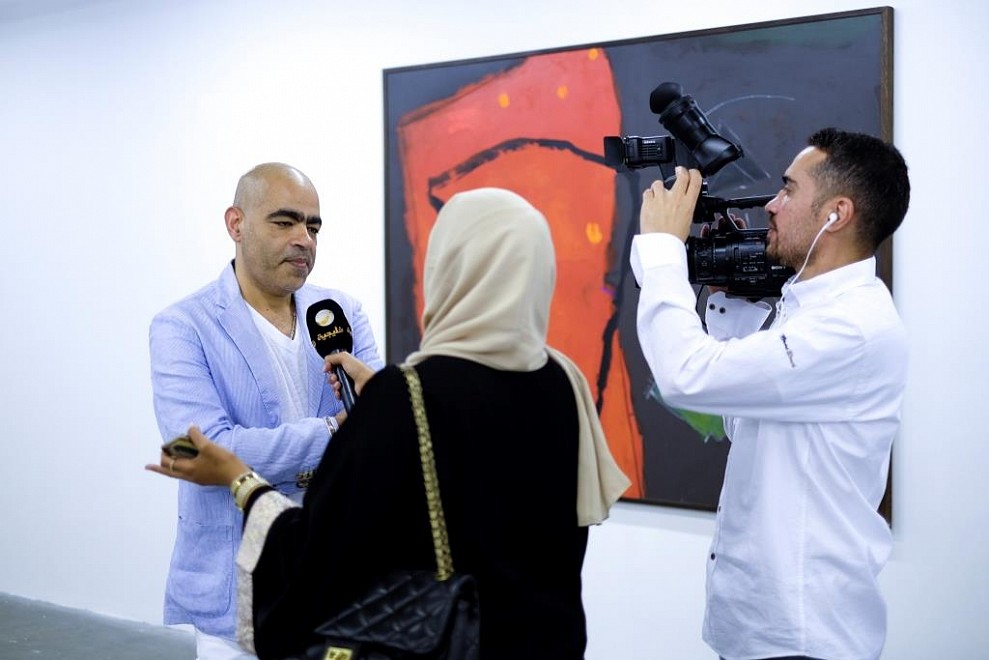 ATHR is proud to present Linked Itineraries, Reminiscences and Representations, a group exhibition that explores the work of renowned Egyptian artists Farouk Hosny and Adam Henein. The shows will open on Tuesday, November 10, 2015 at 7:30 PM

Linked Itineraries, Reminiscences, and Representations attempts to explore the profound praxes of the artists who are influential both locally and regionally. Both Farouk Hosny and Adam Henein have parallel itineraries on two levels: art content and timing. Adam Henein’s work displays strong references to Egypt’s Pharaonic past but also reveals Henein’s astute talent as a distinctly modern artist – through his use of solid, simple forms and the clean lines of his sculptures. Farouk Hosny’s paintings are composed with exquisite balance, enigmatic imagery and dynamic palette; they speak the language of modern world through the use of abstraction. Hosny transformed the eternal signs of his native country into restless calligraphic gestures using vivid colors evocative of the Egyptian landscapes.

Adam Henein (b. 1929, Cairo) is internationally renowned as one of the Arab word’s leading sculptors. His work displays strong references to Egypt’s Pharaonic past but also reveals Henein’s astute talent as a distinctly modern artist—through his use of solid, simple forms and the clean lines of his sculptures. Prominent themes in his work include prayer and enlightenment, motherhood, the bird, ascension, as displayed in his obelisks, and crossing, which is one of the more prevalent themes in his work, expressed through his renderings of ships, boats and ferries. He works in a variety of media including bronze, wood, clay and granite. He is also a painter.

Farouk Hosny was born in the Mediterranean town of Alexandria in the early 1940’s. Educated in Alexandria, Hosny graduated from the Alexandria Academy of arts in 1964. Hosny was appointed upon graduation as director of Anfoushy Cultural Center in Alexandria and later moved to Paris as Cultural Attache in charge of the Egyptian Cultural Center in Paris. Hosny was honored at an early age to assume the prestigious position of handling the Egyptian Academy of Arts in Rome. Upon his great success in the Rome Academy, he was chosen as the Minister of Culture of Egypt until 2011.

Farouk Hosny is well-known for his unique abstract style in art. His works were exhibited in the most important museums, exhibitions and art centers in the world where he was introduced by the most important critics including Jessica Winegar, Dan Cameron, Philippe de Montebello of the USA, Michel Nuridsany from France, Enzo Bilardello, Giovanni Carladente, Lorenza Troki and Maria Trenga Benedetti from Italy.

His works have been exhibited in several international museums including the Metropolitan Museum, Huston Museum of Fine Arts, Fort Lauderdale in Miami, the National Museum in Vienna, le Vittoriano Museum in Rome, Carrousel du Louvre in Paris, Tokyo Art Museum in addition to several Arab and Egyptian Museums.