THE RED PALACE RETURNS TO LIVE

It is in Riyadh that the artist Sultan bin Fahad (Riyad, 1971) - a member of the royal family and one of the most active and enthusiastic promoters and initiators of the change - installed a monumental exhibition divided into seven chapters, curated by Reem Fadda, in the evocative spaces and délabré of the Red Palace. Center of power and magnificence, the Palace, completed in 1944 - the first building in the capital to be built with concrete and iron-steel - was the residence of the then Prince Saud bin Abdulaziz, later the office of the Saudi Ministers Council and until 1987 the Palace of complaints. It has been closed and abandoned for twenty years and after the exhibition it will be converted into a hotel.

The artist has long been fascinated by the palace and his exhibition, through installations, videos and photographs, talks about the events that took place there - from the power meetings behind the scenes to the work of the many attendants who worked there - over the years and the history of the country. Family history. "On the evening of the opening to the public, " he says, " I met a lady in her nineties who told me that she lived in the Palace. Walking with his grandchildren he recognized the various rooms. He began to cry, seized by nostalgia and the many memories of his days spent in the Palace ” 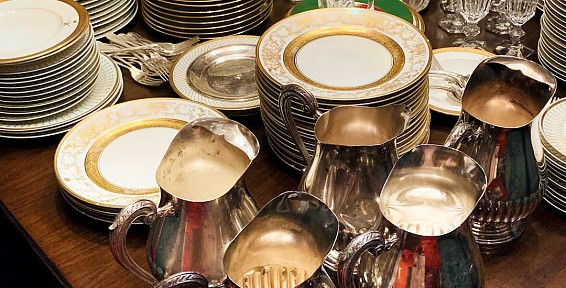 Sultan bin Fahad’s second solo exhibition opened the doors for the first time of a palace in Riyadh, Saudi Arabia. Rebecca Anne Proctor surveys the artist’s material investigations as well as the show’s explorations regarding the subjects of rebirth and reappropriation

Inside the main atrium of a stately building in Riyadh are large rectangular air conditioning unit holders with a heap of stacked crystal chandeliers. At first glance they seem to have been destroyed, perhaps the leftovers of some domestic catastrophe, but upon closer look the holders seem to symbolise a desire to preserve the luxury objects and also the grandeur of what once was. Above them hang several other chandeliers in perfect condition, suspended and scintillating from the ceiling just as a chandelier does.

There’s an element of violence and of beauty here as well as musings on material wealth and ruins. Maybe it is the element of crystal, its ability to cut and inflict pain that summons up this sense of turmoil and change, and then there’s the eerie beauty that the crystals radiate from the air conditioning holders that protects the found objects, perhaps meant soon to be used again for another location, a new purpose for beauty.

This solo exhibition presents the artwork of Sultan bin Fahad, which is a series of critical material investigations of the region. The show title takes the premise of its namesake the Red Palace in Riyadh, as a site of inspiration and allegory, at the height of the country’s modernization as well as the location of the inaugural edition of the show. In order to highlight the significance of this show, Khuzam Palace was chosen for its 2nd manifestation.

The Khuzam Palace, the site chosen of the Red Palace exhibition in recognition of its national value in the history of the Kingdom, was the seat of government in Jeddah. It was the first residence of King Abdul Aziz in Jeddah, and where the first oil agreement between the Kingdom and the United States of America was signed in 1933, the use of the Khuzam Palace also coincides with the exhibition at the Red Palace in Riyadh in celebration of this historic landmark.

The Red Palace was completed in 1944 for then Crown Prince Saud bin Abdulaziz (reign from 1953 – 1964) and became his royal residence for many years, where he greeted many heads of states, such as Jawaher Nehru, Jamal Abdul Nasser and Shukri Al Quwatli. After King Saud’s move to Al-Nasriya Palace, in 1953, It became the Saudi Council of Ministers office and subsequently the Board of Grievances until 1987.

Sultan’s recent practice takes on many forms, including videos, sculptures, photograms and installations. He has been invested in collecting memorabilia, historical relics and discarded objects from various sites across Saudi Arabia. The artist then creates sculptures and installations that look into the transformative critical latency of the ruin. In his art practice, he focuses on pivotal personal moments that are synonymous with the social metamorphosis of the country. The artist is invested in the act and concept of translatability, particularly of the intangible, such as evident in language, to reinterpret histories and narratives. He attempts to capture the intangible in material culture to demonstrate and embody its inherent social and collective potential. The Red Palace foregrounds Sultan’s current research and uses it as a common denominator of the various works that are exhibited. The exhibition is divided into seven chapters; The Red Palace,1979, Labor, Gulf War, Holy Economy, Dinner at the Palace, and Prayer Room. The works in these chapters are framed within the historical and political events that took place during the palace’s operation. The artist has created a series of video installations that look at the recreation of a palace dinner taking place in the various abandoned rooms of the palace mainly highlighting the role of labor. Additionally, on view are an extended body of works from the “Holy Economy”.