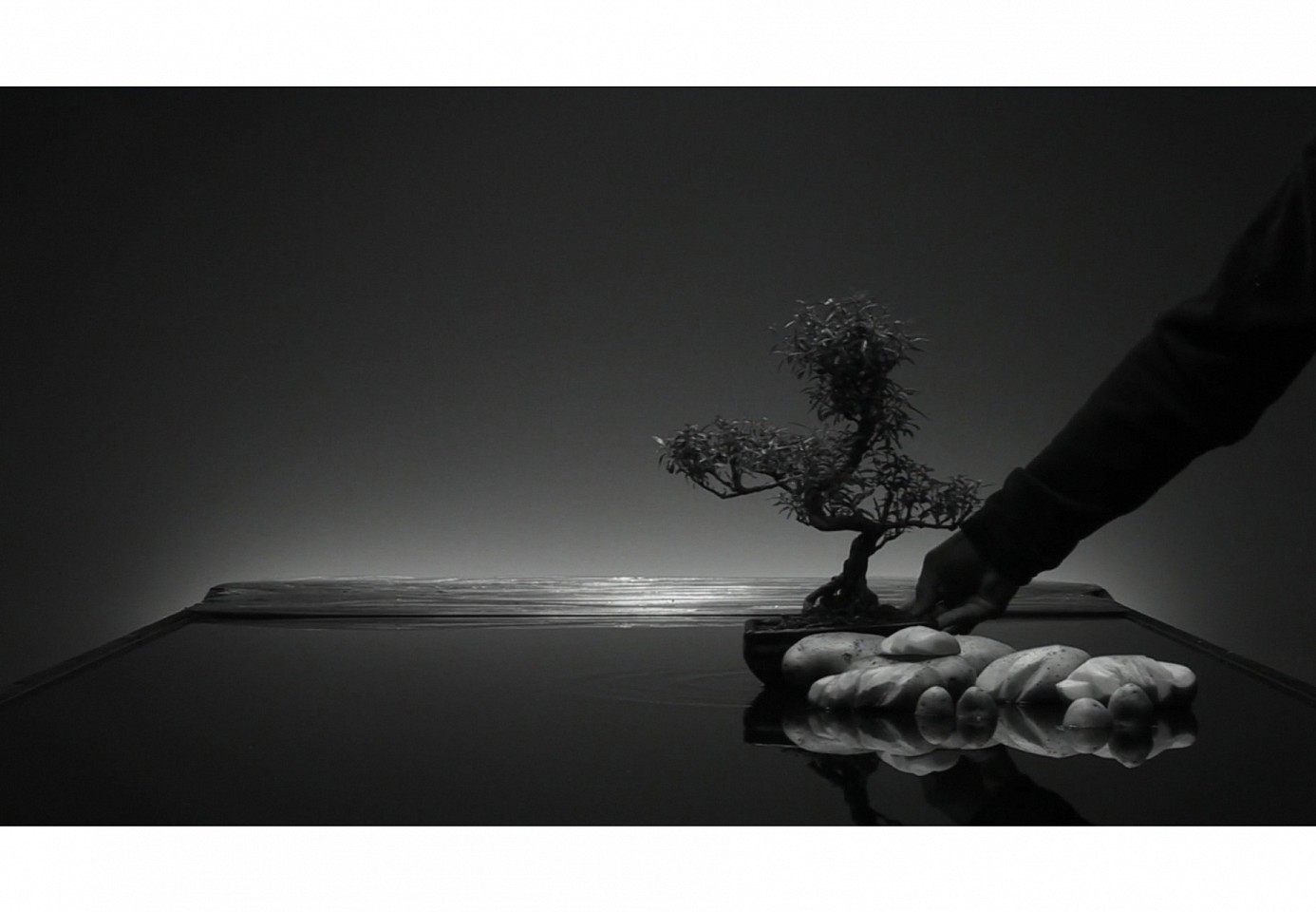 Edition of 10, Courtesy of Artist and Galerie Continuum

Edition of 10, Courtesy of Artist and Galerie Continuum

The jamarat, or stone throwing ritual is unique in the Hajj experience, in the sense of what it signifies. The ritual engages the pilgrims to throw seven stones on each of the three pillars, which symbolise pelting the devil, as the story of prophet Abraham and the angel Gabriel goes.

Due to the expansion witnessed by Makkah and the Holy Mosque lately, the jamarat area or pillars have also witnessed a similar progress in construction, looking very different from what it was. What looked liked a passionate yet simple throw of stone towards evil, now looks like something completely different.

On the surface these expansions may seem necessary steps to accommodate the ever-growing number of pilgrims coming to the city. The partially political, partially religious motives are boosted by the appetite of the private real estate sector, which is building gigantic hotels and luxury condominiums around the holy site.

Makkah is rarely seen as a living city with its own inhabitants and its historical development through time. It is almost exclusively seen as a site of pilgrimage, as a timeless, symbolic city. The denial of the real city with its typical urban problems (traffic, lack of public space, infrastructural deficiencies) allows those who preside over its destiny to implement the current plans for massive transformation. The old cosmopolitan city, residue of many centuries of pilgrims choosing to stay in the city and mingle with its inhabitants, is giving way to a new global city populated with immigrant labor, pilgrims/tourists and Muslim businessmen. The symbolic city is replacing the real city.

‘Desert of Pharan’ is Ahmed’s artistic response to these developments. “Pharan” is taken from the Quran, as the area around Makkah was called like this in the ancient days. Using the latest in photographical technology Ahmed has documented many aspects of the city’s transformation, from the experience of the construction workers to images of the new Mosque in construction, from the luxury hotels ‘with a private view on the Ka’aba’ to the streets and public festivities in the city. And in October 2012 he documented the Hajj, from helicopters, motorcycles and fixed vantage points above the crowds, but also by participating as a simple pilgrim.

Hans Op de Beeck's film 'Staging Silence (2)' is based around abstract, archetypal settings that lingered in the memory of the artist as the common denominator of the many similar public places he has experienced. The video images themselves are both ridiculous and serious, just like the eclectic mix of pictures in our minds. The decision to film in black and white heightens this ambiguity: the theatre like approach of the video invokes the legacy of slapstick, as well as the insidious suspense and latent derailment of film noir. The title refers to the staging of such dormant decors where, in the absence of people, the spectator can project himself as the lone protagonist.

This fictitious cruise liner has been designed by Hans Op de Beeck, following a short residence at Saint-Nazaire in France in 2008, during which the artist became intrigued by the remarkable Second World War story and postwar reconstruction of this harbour town, whose shipyards produce the worlds largest cruise liners. It seemed to the artist that the Queen Mary 2, then just completed, was, like the Burj Khalifa in Dubai (the highest building in the world), a suitable metaphor for our belief in spurious values and in such concepts as work, leisure time and luxury consumerism. We nowadays use such categories as the highest, the first and the biggest, but what do these terms say about the actual quality of things?

The central jazz song is composed by Hans Op de Beeck; additional music has been composed by Sam Vloemans.

Since the 1960s and advancement of technology, video art has taken a prominent route to becoming a fundamental contemporary art medium. With a growing number of international and Arab artists expressing their views, Athr Gallery is proud to present Video(works), a distinctive exhibition in that it celebrates the medium of video art rather than a specific theme or topic.

Video(works) is an elaborate introduction to video art for the region, showcasing artworks by the likes of Ahmed Mater and his unique camera view of Jamrat (the stone throwing ritual in Hajj), Ziad Antar’s short art/documentary on the 2006’s war in Lebanon with a mixture of sounds and visuals, and Adel Abidin’s commentary on war and pop culture, next to Hans Op De Beeck’s architectural video masterpiece “Staging Silence 2”, David Zink Yi’s street dance performance and Sami Alturki’s protest on overwhelming advertising billboards in the region.