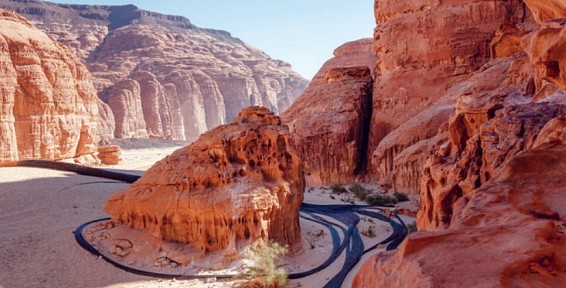 Saudi Arabia will take part in the upcoming 2022 Venice Biennale, which will take place from April 23 to Nov. 27.

Saudi Arabia is taking part in the biennale for the third time. Its pavilion will be explored through the lens of a philosophical concept related to nature and the knowledge and ideas it could offer humans. 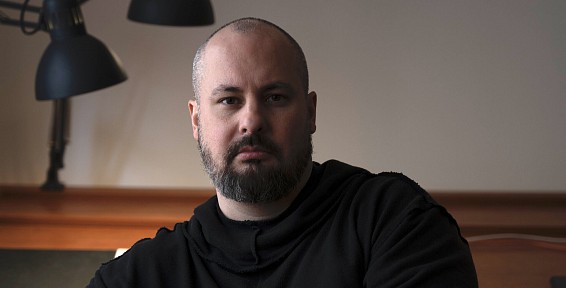 Riyadh-based multimedia artist Muhannad Shono will represent the Kingdom of Saudi Arabia at the 59th Venice Biennale in April, in a pavilion curated by art historian and curator Reem Fadda with assistant curator Rotana Shaker. No title or theme for the exhibition was announced, though Fadda described it as an “ambitious project” that will “captivate audiences.” 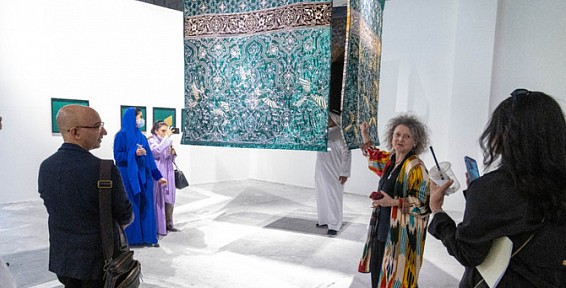 The Saudi Art Council has announced this year’s 21,39 Jeddah Arts, a program of special exhibitions, workshops, and educational forums that are being held across Jeddah through June featuring the work of 27 artists from the Kingdom and other countries.

The exhibition will then be hosted by Ithra, in Dhahran, from June 30 until the end of September.

Desert X AlUla; The International Art Exhibition Is Back And Exploring Ideas Of Mirage And Oasis

Desert X AlUla is a collaboration between Desert X and the Royal Commission for AlUla (RCU) and is curated by Reem Fadda, Raneem Farsi, and Neville Wakefield. The site-responsive exhibition is the first of its kind in Saudi Arabia, building on the legacy of Desert X in California’s Coachella Valley. The project brings together artists, curators, and the community to create a space where art can be experienced on a monumental scale in harmony with nature.

The striking location in North-West Saudi Arabia covers 22,561km² and plays host to a lush oasis valley, towering sandstone mountains, and ancient cultural heritage sites dating back thousands of years, such as the UNESCO World Heritage Site of Hegra. This 52-hectare ancient city was once the principal southern city to the Nabataean Kingdom and served as an outpost to the Roman Empire. Now, the city serves as a wonder and inspiration to historians, artists, and the curious. The exploration of the exhibition in the middle of the desert adds to the experience. Visitors can wander freely through the juxtaposition of art and nature, oftentimes having to look closely to find where nature ends and art begins, such as artist Dana Awartani’s sculpture. 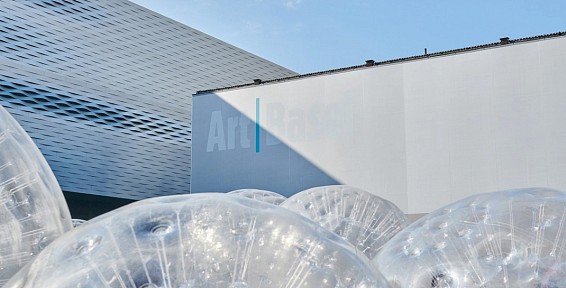 Art Basel has announced the 289 galleries that will take part in its upcoming edition in the Swiss city, which is scheduled to run June 16 to June 19, with preview days on June 14 and June 15.

Though it is not the first edition in Basel to be staged since the onset of the pandemic, this iteration will be the first to take place during Art Basel’s traditional mid-June dates. Last year’s edition was delayed until September, but included a similar number of galleries.

Several of the world’s top galleries, including Gagosian, Hauser & Wirth, Pace, and David Zwirner, are set to participate alongside 19 first-time exhibitors. Those making their Art Basel debut include two galleries based in Africa, Jahmek Contemporary Art from Luanda and OH Gallery from Dakar. Also among the first-timers are Proyectos Ultravioleta in Guatemala City, Mariane Ibrahim in Chicago and Paris, and Athr Gallery, which has three locations in Saudi Arabia. 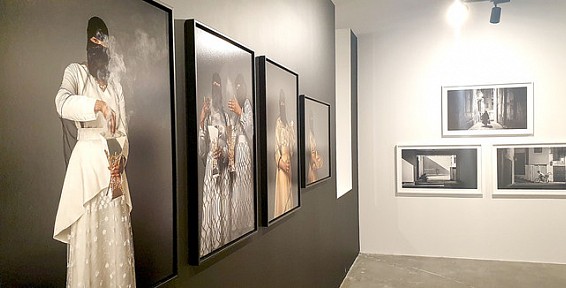 A group of acclaimed Saudi and international photographers have joined forces for the launch of a new exhibition project in the Kingdom.
The inaugural edition of Jeddah Photo 2022, running at Athr Gallery until March 17, will be showcasing a variety of images including some of the earliest photographic experiments, modern classics, and innovative contemporary artworks.
Under the title “The Time is Right,” this year’s event aims to raise awareness about the fragile balance of humans’ relationship with the natural world. 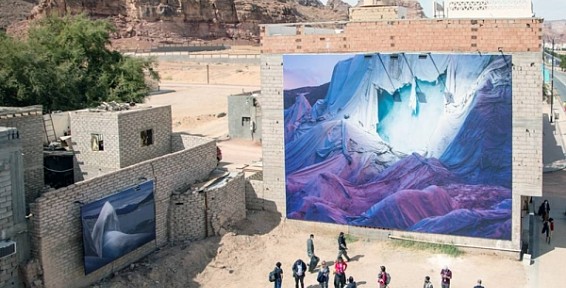 The official launch of the first edition of Cortona on the Move AlUla took place this weekend. The founders and officials of the original Cortona on the Move in Tuscany, Italy, were in attendance with a group of international media and artists whose work is being exhibited in the site-responsive narrative photography festival.

The title of the exhibition, Past Forward – Time, Life and Longing came together organically as conversations with the artists evolved.

Themes in the first edition of Cortona on the Move AlUla range from important and emotive stories from artists Tanya Habjouqa’s Tomorrow There will be Apricots, and Omar Iman, Live, Love, Refugee and climate change with Simon Norfolk’s, Shroud and Mohammad AlFaraj’s Guardians of the Oasis. 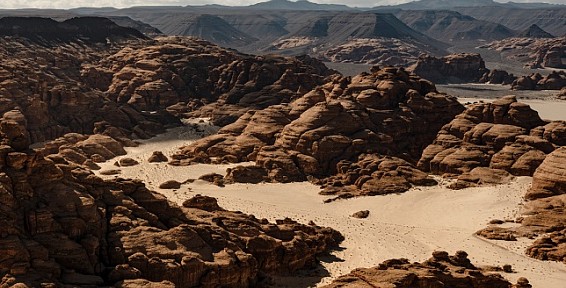 Desert X AlUla has revealed the artist list for its second edition, set to open in Saudi Arabia this February. Site-specific works by international and local artists will again be scattered across the ancient desert landscape—a sprawl of sandstone mountains and valleys—in the northwest of the kingdom.

The biennial, which also holds an edition in California’s Coachella Valley, held its first exhibition there in 2020. Desert X’s AlUla exhibition is organized in collaboration with the Royal Commission for AlUla, which is led by Crown Prince Mohammad bin Salman. 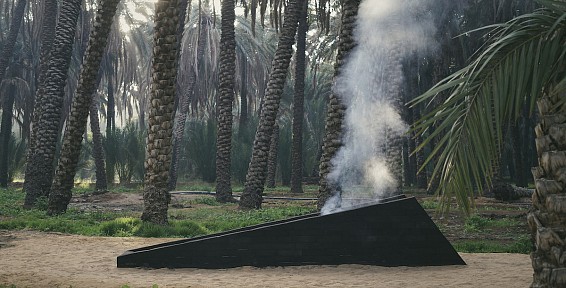 The cycle of death and renewal in the oasis was the focus of Muhannad Shono’s work, “On This Sacred Day,” with the smoke rising from the installation representing the stories of comings and goings, loss, and remembrance.

He said: “It is a ceremonial piece that transcribes the journey of plant, ash, smoke, and sky, in other words, a cycle of death and renewal unfolding inside a living oasis. It also questions purposeful change, transformation, and impacts to guard against fires that may seek to reduce the world to ash.” 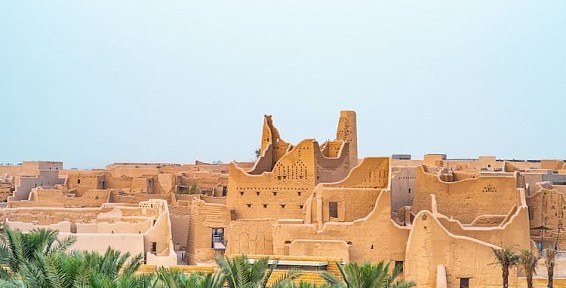 There were discussions about Saudi Arabia's first contemporary art biennial happening in tandem with a China-Saudi cultural year, so I was told by artist and prince Sultan bin Fahad bin Nasser. Hence the selection of Philip Tinari as artistic director.

While Covid-19 scuppered these plans, a soft power logic infuses the Diriyah Biennale (11 December 2021–11 March 2022), staged across six renovated warehouses in the JAX district of Diriyah, on the edge of Riyadh, where the UNESCO world heritage site At-Turaif constitutes the birthplace of the first Saudi state.