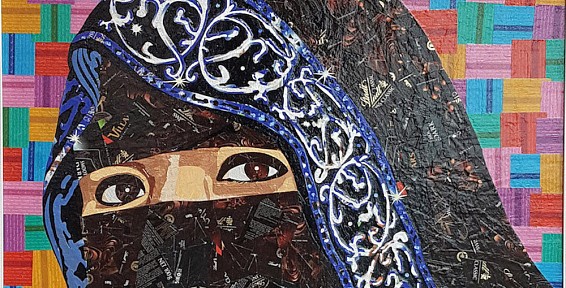 These Arab Women Are Shaking Up the Art World

Ghada Al-Rabea hails from Medina and has made her mark as a visual artist who uses technical skills and humor in her works. Perhaps best known for repurposing candy wrappers in her collages, and poking a bit of fun at some of the best-known works of Western art, Ghada has become one of the most prominent artists from the region.

While some of her works have resonated with different audiences and for various reasons, Ghada’s main thematics are actually, and according to the Athr Gallery that represents the artist, “representations that capture the details of Saudi daily life show a love of her country and strength of spirit.”

So many advances are made on a daily basis when it comes to technology, commerce and other innovative sectors but one specific slice of society is one to watch if you really want to see where a country is headed: the arts. Creative minds are of the most avant-garde and their thinking often leads the way for the rest of society. So if these beautifully creative minds are anything to go by, then the future of the entire region is looking real bright. 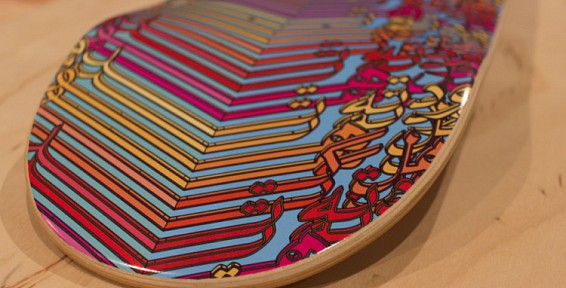 Cultural connection: An exhibition examines the parallels between spiritual and urban cultures in Saudi Arabia and Utah

“This exhibition examines the parallels between spiritual and urban cultures in Saudi Arabia and Utah, especially the symbolism of creativity that connects cities of pilgrimage in both places. Since the 7th Century, the holy cities of Makkah and Medina have drawn millions of Muslim pilgrims every year to worship at the holiest sites in Islam. Salt Lake City was established nearly a thousand years later by Mormon pioneers in search of a safe haven for their newly established religion. Members of the Church of Latter Day Saints also make a twice-annual pilgrimage of the faithful to the General Conference at Temple Square — the spiritual centre of the Mormon faith,” Steffensen says.

“The artists featured in this show are engaged in looking at the struggles and transformations of their society and delving into complex issues that link Utah and Saudi Arabia, such as oil, pilgrimage and tension surrounding commercial development around important cultural and religious heritage sites. 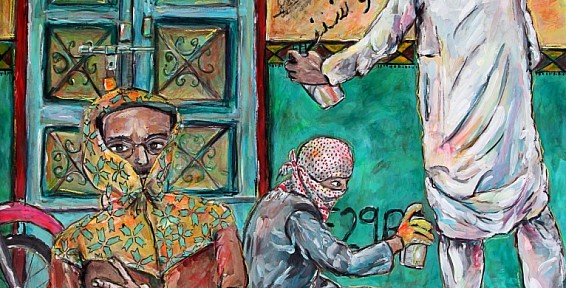 The Young Saudi Artists (YSA) exhibition was initiated by Athr Gallery three years ago to serve as an incubation program for new artistic talents across the country to showcase emerging social attitudes in art. And in the same vein, each YSA term has no doubt progressed in bringing for the fresh names to the artist’s roster. But the important question remains whether the platform has been used in its full potential for those with a voice and an idea to share, if not sell.