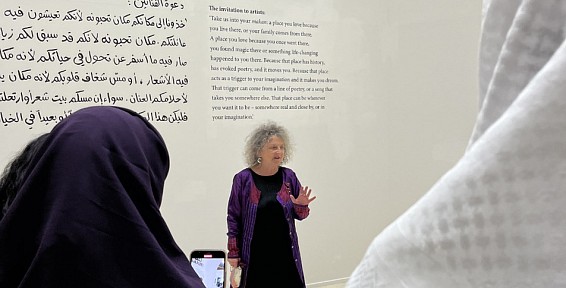 DHAHRAN: A popular Arabic song by a legendary Saudi singer inadvertently became the inspiration for an entire art exhibition that debuted last year in Jeddah. For the first time, that exhibit is now housed in Dhahran, where original works of art serve as personalized portals of nostalgia that allow viewers to take a trip down memory lane to real or imagined destinations. 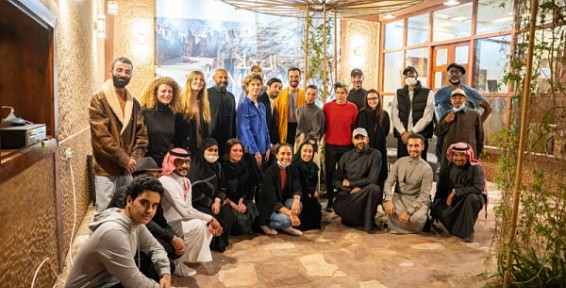 During the three days celebrating the closing of the AlUla Art Residency, a dynamic public programming featured six prominent artists' works, through their creation and research, to the AlUla residents and community of experts, giving a fresh look on how to give a new lease of life to the oasis.

As a ritualistic catafalque, Muhannad Shono's On this Sacred Day represents the cycle of death and renewal unfolding among the living oasis. From the smoke that rises are stories of comings and goings, loss, and remembrance.

Desert X AlUla aims to contribute to and continue the artistic heritage of the local community and region: works from the 2020 edition by Lita Albuquerque, Manal AlDowayan, Sherin Guirguis, Mohammed Ahmed Ibrahim, Nadim Karam and Superflex remain in place in AlUla for public view, while Rashed AlShashai and Muhannad Shono are currently working as part of AlUla’s first art residency program, an 11-week program until Jan. 14, 2022.

Likewise, the ongoing collaboration provides an international platform for Saudi artists: Zahrah Alghamdi, whose work Glimpses of the Past was presented in the inaugural Desert X AlUla, went on to exhibit her work What Lies Behind the Walls to critical acclaim at Desert X 2021 in California. 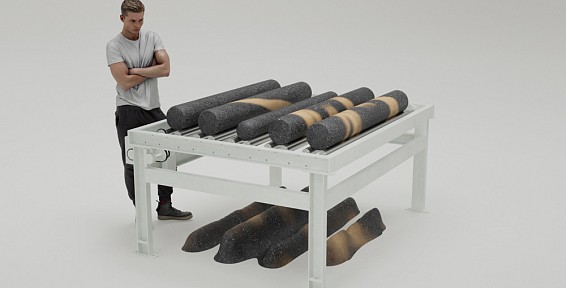 Visitors will be invited to analyse thoughts from memory, history, and the inclusion of past and present imaginaries in video installations by artists Tanja Deman, Gabriela Golder, Chris Larson, Matilde Marin, Angelika Markul and Sujin Lim. Guests can also do this through Valérie Jouve’s photographs and the interactive objects of Sève Favre. Art lovers have the opportunity of examining the works of Daniah Alsaleh Lina Gazzaz, and Tony Oursler to contemplate the state of the individual too.

BIENALSUR…Echoes: A World Between the Analogue and the Virtual

In its third edition, BIENALSUR, the International Biennial of Contemporary Art of the South, will once again travel to Saudi Arabia, where it is hosted by the Saudi Ministry of Culture, to present BIENALSUR…Echoes: A World Between the Analogue and the Virtual at Qasr Khuzam, a historic palace transformed into a museum in the port city of Jeddah. 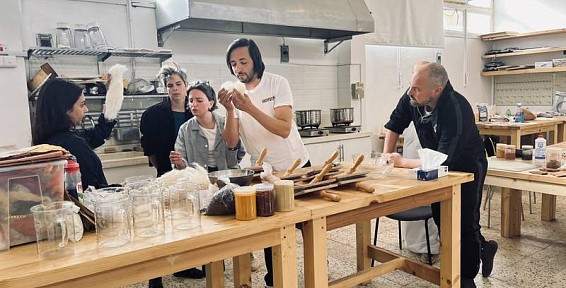 The artists will work in collaboration with the developers, archaeologists, anthropologists and agricultural experts already working in the space.

The cohort is likewise relatively diverse. The artists involved are Rashed AlShashai and Muhannad Shono from Saudi Arabia; French artists Sara Favriau and Laura Sellies; and two artists who live in the UAE – Syrian artist Talin Hazbar and Si Merabet.

AlUla's artists' residency programme is likely to grow in the future, and will be determined by an international selection panel. For this pilot scheme, the three stakeholders are planning an exhibition of the artists’ work for later in the spring.

Beyond Words With Artist Muhannad Shono

Through the use of pigment and vibration, the artist studies what he deems “the crisis of the word.” In each work Muhannad grinds hardened charcoal words to dust and then employs vibrations from inaudible spectrums of sound to result in the new “words” – undefined black pigment forms – on paper.

Muhannad’s depictions on paper are the result of the artist’s inquiry into the shifting states of storytelling that occupy contemporary society. He believes that human beings have a tendency to place faith in stories and myths, drawing us to the construction of our present, past and future worlds. Such exploration stems from the artist’s “imagined state of being.” It’s a state that is devoid of time and place and that simply exists. In many ways, it also frees the artist from his own sense of displacement. 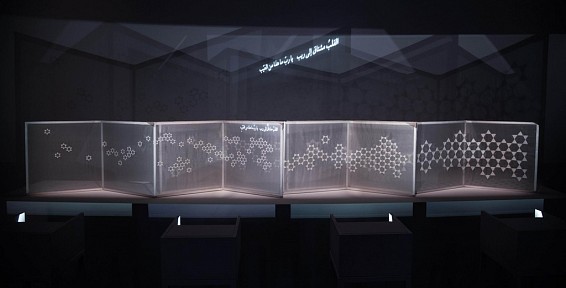 The Noor Riyadh festival of light and art is running until April 3, held at sites across Saudi Arabia's capital city.

An exhibition of historical artworks that use light, from international explorations in the 1960s and 1970s to more recent works from the kingdom, is also on until June 12 at the King Abdullah Financial Centre.

Arranged like a miniature screen, in Diwans of the Unknown the Palestinian-Saudi artist Dana Awartani projects lines of poetry from female poets of the pre-Islamic age to the 12th century. The phrases are stitched into gauzy sheets of silk that are lit from the side, so that the words float like ghosts from another age. The work is a continuation of Awartani’s 2018 large-scale sound installation, in which the whispers of these poems swirled around gravestone-like silk cloths, embroidered in complex geometry.

Light in a time of darkness

As the world slowly begins to emerge from the global COVID-19 pandemic, the kingdom of Saudi Arabia seeks to reengage its population with cultural activities. Noor Riyadh - which translates from Arabic to "Light of Riyadh" - is a citywide light and art festival illuminating the Saudi capital of Riyadh for the next three months.

Due to the global pandemic, 2020 was hardly characterized by cultural events or communal gatherings. But globally, society has gradually begun to emerge from a state of self-preservation, lockdowns and solitude, and begun a return to normalcy. As the Saudi public re-integrates into post-pandemic society, the Noor Riyadh festival aims to transform urban spaces into art that immerses and engages the community.

The second half of the festival, which takes the theme "Light Upon Light," is a retrospective exhibition tracking light art from the 1960s to the present. It runs until June 12 in the King Abdullah Financial District Conference Center.

Saudis are eager to leave the challenges of 2020 behind and look to a "brighter future," according to Director of Riyadh Art Khaled Al-Hazani. The festival, "a celebration of light and art on an unparalleled scale," has already proven popular with Saudis, who have flocked to see the exhibitions on display. Lulwah Al Homoud, one of the Saudi artists exhibiting her work, considers the inaugural festival as the beginning of a "golden age of Saudi art," she says.

The artworks, which encompass a range of media, including music, sculpture and performance, can be found in two main areas: The King Abdul Aziz Historical Center and the King Abdullah Financial District, where visitors can also view “Light Upon Light,” an exhibition of light art from the 1960s to the present, which is on view until June 12.
While the global art community will have to view the artworks virtually, Saudis have already been flocking to the venues in record numbers.
“One of the most critical aspects of Vision 2030 is the flourishing of the Saudi creative economy, which we are trying to foster, and this is one of the main highlights of Noor Riyadh as a program,” Anas Najmi, adviser to the Royal Commission for Riyadh City, told Arab News. “Despite all of the challenges of the pandemic, we managed to give the experience to 15,000 visitors in just one day. Secondly, over 1,200 jobs were created as part of the Noor Riyadh festival, half of which are for Saudis.”